Barring a last-minute infusion of cash by bankers or owner Ira Rennert – or an improbable sale to a new company – RG Steel and its flagship plant, Sparrows Point, seem fated for a sad ending.

I make this statement as someone who has reported on the onetime largest steel mill in the world for 35 years.

I covered the mill for The Baltimore Sun in the 1970s, completed its history (Sparrows Point: Making Steel) in 1988, added an epilogue for a new book edition in 2004, and tracked the mill’s fortunes ever since for The Brew.

Sparrows  Point’s fall began in the 1960s (when the mill employed 30,000 workers) and has continued with little interruption to now (when the mill employs fewer than 2,500) – triggered by technological and market changes that a succession of managers and union officials were unwilling and perhaps unable to surmount.

Now Sparrows Point is on its back.

Yesterday RG Steel issued WARN notices to its employees in Baltimore, Warren, Ohio, and in West Virginia, in effect declaring that it would be closing shop after June 4 and laying off about 2,200 employees here and 2,000 in the Midwest.

Chapter 11 bankruptcy is the most likely next step as the company seeks protection from an array of unhappy vendors and bankers. Conceding that “everything’s on the table,” the company says it wants to dispose of Sparrows Point and other assets over the next six months.

With five different owners since Bethlehem Steel liquidated in 2003, the sprawling fortress – red-caked with iron-ore dust and lying at the edge of Baltimore’s outer harbor – may be sliced and diced into a few operating units by a new owner.

Or maybe, if Rennert comes to its rescue, figuring that the mill will sell higher operating than closed, it can limp along for awhile longer.

But it is doubtful that the money-losing “ironmaking” side of the plant will survive over the long term. The cold mill and other finishing operations may carry on with a skeletal workforce, but little more.

Like the fall of any great empire (Sparrows Point was dubbed the “Goddess of Industry” in its heyday by a Baltimore newspaper publisher), there are many reasons for its decline.

Here are six of them:

1. OBSOLETE FACILITIES – Sparrows was established a century ago on marshlands 10 miles from downtown Baltimore as an “integrated” steelmaker. 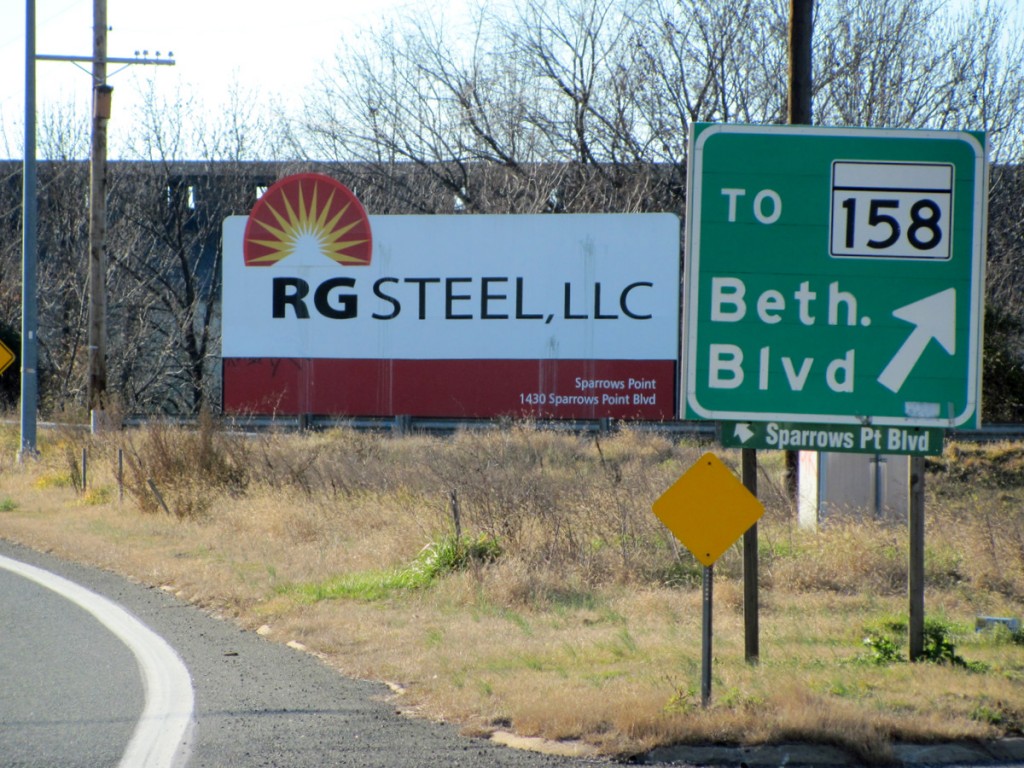 It took the raw materials of iron ore, coal and limestone and smelted them through a series of complex processes into standard-grade sheets, pipe, wire, nails and other finished steel products.

Today, the whole “made-from-scratch” approach is obsolete in the U.S.

Sparrows’ massive “L” blast furnace is now 35 years old and, even worse, its 68-inch hot strip mill dates back to 1947. Employees have made heroic efforts to keep these antiques running. But it’s a losing game.

2. POOR STRATEGY – In his first letter to employees a year ago on April 1 (a poor choice of dates), RG Steel’s CEO John Goodwin said that “learning to embrace change” was the company’s greatest challenge. “If we continue to do business as usual, we will repeat history and the hardships of the past will be revisited,” he said.

Late in the game, Goodwin tried to change course. He shut down Sparrows Point’s tinplate mill in April (after spending several million dollars in improvements) and tried to operate the “L” blast furnace so that it gushed less red ink. It was too little, too late.

3. REMOTE OWNER – Ira Rennert, the billionaire financier and Hamptons mega-mansion owner, didn’t put his money into RG Steel (which he owns by virtue of his control of family firm The Renco Group.) He let a consortium of banks extend a credit line.

When the banks  balked at RG Steel’s huge losses last fall – up to $1 million a day, The Brew reported – Rennert chipped in a little and got Cerberus Capital Management to lend RG Steel more ($130 million, we found out).

Ira’s not only stingy, he’s remote. On occasion he has toured Sparrows Point in a golf cart with his minions, but he has never uttered a public word about the mill, nor informed his employees and customers of his strategic intentions. The deafening silence from the Hamptons makes one wonder if he bought Sparrows for something other than profit. Perhaps a tax write-off. 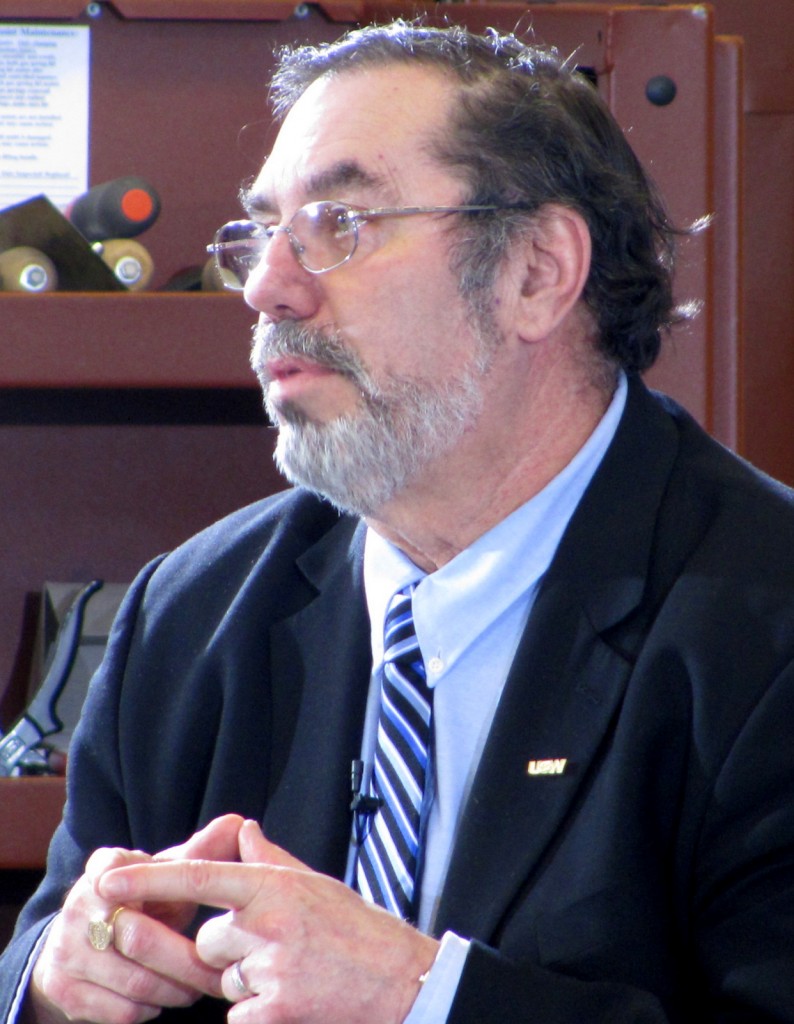 USW president Leo Gerard has a talent for picking billionaires who pick at the carcasses of old steel mills. (Photo by Mark Reutter)

First the triumvirate allowed billionaire Wilbur Ross to dump Beth Steel’s pension and health care benefits in 2002-03, which hurt tens of thousands of retirees and widows, many from Sparrows Point.

Then they played nice with London-based Lakshmi Mittal (owner of ArcelorMittal), who operated Sparrows Point without putting in a dime of new investment, and then roped in Russian Alexei Mordashov (oligarch of Severstal), who purchased the plant from Mittal.

Mordashov did invest in the plant, but the union turned on him when he insisted on work-rule changes and job cutbacks.

As a crowning achievement, the International picked Rennert as the next buyer of Sparrows Point and Warren.

McCall brushed aside suggestions that he cultivate other potential buyers (such as Argentina’s Ternium group) or sell Sparrows Point separately from the Midwest mills. McCall wanted Rennert and Rennert he got, a man whose last foray into the steel business resulted in the bankruptcy of the USW-represented Warren plant.

Gerard, McCall and Conway remain ensconced in union headquarters in Pittsburgh and Columbus, Ohio, three spoiled satraps as distant from their membership as Rennert is from his steel company.

5. LOUSY LOCATION – Sparrows Point was established in the 1880s to manufacture steel from iron ore cheaply transported by water from Cuba. Over the next 100 years, the company opened captive mines in Chile, Venezuela, Liberia and Labrador, seizing on the mill’s unique location as a deepwater Atlantic port.

Then Beth Steel sold off the properties for cash, leaving Sparrows Point subject to the vagaries of the spot ore market and squeezed by high prices.

To make matters worse, the mill has suffered from the Northeast’s descent as a manufacturing powerhouse and steel-consuming center. The Point remains the only integrated steel mill in the East, and way too dependent on depressed and declining markets.

6. SCARING AWAY CUSTOMERS – RG Steel managed to shut down (due to nonpayment of its vendors) right when the annual orders for tinplate sales were being finalized last December. That disruption – plus a fire that stopped tinplate production in September – sent customers scurrying to the exit doors.

There was just so much they could take, even when RG Steel was “making” sales by selling at a loss.

Yes, the mill has suffered through one of the worst steel markets in memory. Finished steel prices remain stubbornly low, while raw material costs – which consume about 85% of the plant’s overall cost structure – continue to be high.

But offsetting market forces has been the intervening hand of politics.

Maryland officeholders have played a crucial role in keeping Sparrows Point open, and steelworkers working, in the last two years.

Back in December, when the plant shut down, Gov. Martin O’Malley rallied to its aid and helped engineer relaxed credit terms by the bank consortium and a cash infusion by Cerberus. 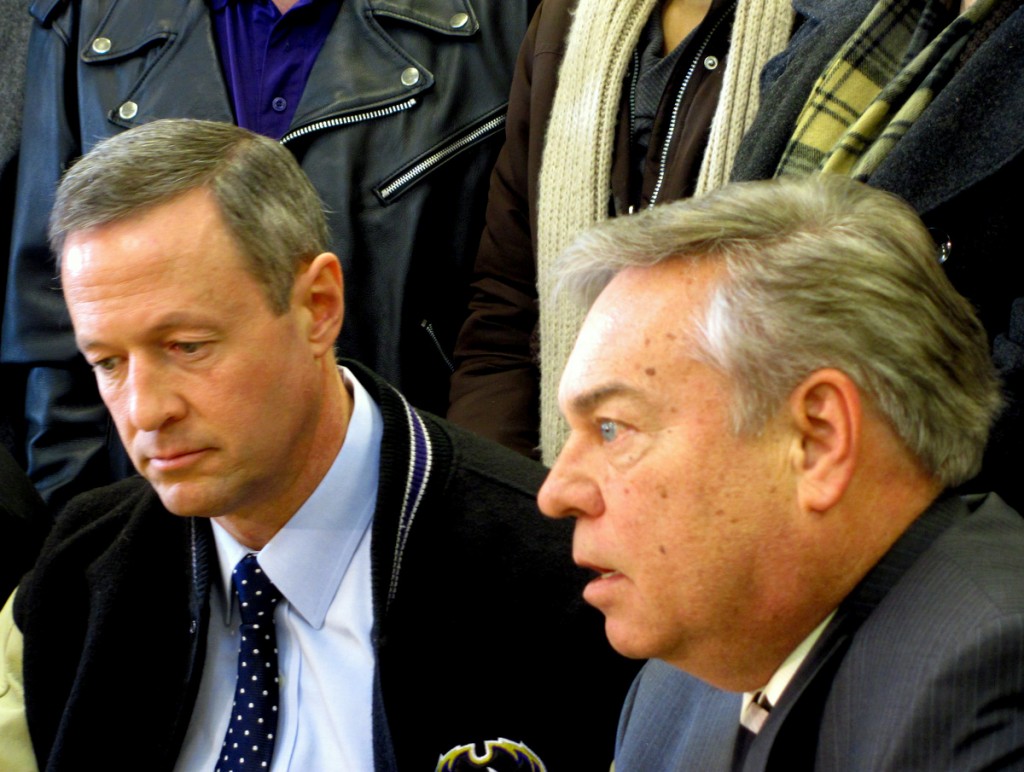 The same thing had happened in 2010 when “Team Maryland,” as U.S. Senator Barbara Mikulski liked to call her Democratic colleagues in the state, propped up The Point when Severstal was threatening to close the plant.

Politics again may come to the fore to save this company – the Obama White House does not want to face several thousand laid-off RG Steel employees voting in the battleground state of Ohio in November.

In other words, the Steelworkers union and Democratic pols will remain players in the fate of the mill.

But in the end, either now or in the foreseeable future, economics will win out, and southeast Baltimore County will have to adjust to a brave new world without Sparrows.

_____________________________
Mark Reutter is the author of Making Steel: Sparrows Point – The Rise and Ruin of American Industrial Might. His website is a compendium of information on the steel industry and its movers and shakers.