The discovery yesterday of a 51-year-old woman dead in her Highlandtown rowhouse overlooking Patterson Park marked the 26th homicide for January 2014.

Police have not yet released the name of the victim of what is being called a burglary gone wrong on Ellwood Avenue near Bank Street.

With eight homicides in the final seven days of January, the pace of homicides in Baltimore continued at double their typical rate for January, a normally “quiet” month for crime.

This year’s 26 homicides (not counting the victim of a 1998 shooting who was classified yesterday as the “27th” homicide victim of the month) compares to 13 homicides in January 2013. (That’s 14 if you include a 2012 incident reclassified as a homicide.)

Victims of last month’s violence, who were frequently shot execution-style in the head, were spread across the city, but showed a strong uptick in southwest neighborhoods.

Victims No. 23 and 24 – identified as 35-year-old Antonio Foster and 30-year-old Sheena Gamble – were found by police shot dead Thursday in a parked car in the Mt. Clare neighborhood, while Allan Foster, a 56-year-old retired roofer, was shot and killed the same day outside his home in Irvington.

At a Twitter Town Hall session on Thursday, Police Commissioner Anthony W. Batts said that despite the uptick in homicides, serious crime in the city is dropping.

“We’re moving in the right direction,” Batts tweeted before announcing at the end of the Q and A session: “I’m headed off to fight crime now.” 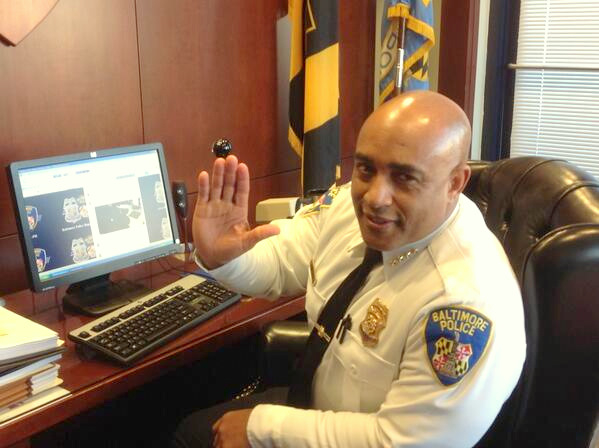