The city’s Code Enforcement’s Special Investigation Unit is bringing charges against a hauler and his son who allegedly dumped hundreds of pounds of household junk near the Gwynns Falls trailhead in Carroll Park two weeks ago.

Division Chief Thomas Waugh told The Brew yesterday the unit had identified the Southeast Baltimore resident who owned the trash, but discovered that the person is deceased and instead tracked down the decdent’s personal representative.

“The dumped items were part of an estate,” Waugh explained.

The representative told the agency he hired a licensed hauler to dispose of the remainder of the estate – computer equipment, small appliances, home office items, and a VHS tape library – properly.

“The rep came down to the office and gave a statement and is fully cooperating with the investigation,” Waugh explained.

Cheron Porter, spokeswoman for the agency, a division of Baltimore Housing, said this was a case where the homeowner, in this case the personal rep, did everything right.

Many cases of illegal dumping are attributed to unlicensed haulers – a.k.a. “a guy with a truck” trying to make extra cash by hauling away unwanted items but who refuses to pay dumping fees to landfills.

Instead, they dump anywhere they think they can get away with it – parks, alleys, and out of way spots are common targets.

“He showed us the cancelled check made out to the company for $4,000. That’s good money to clean out a house,” explained Waugh. 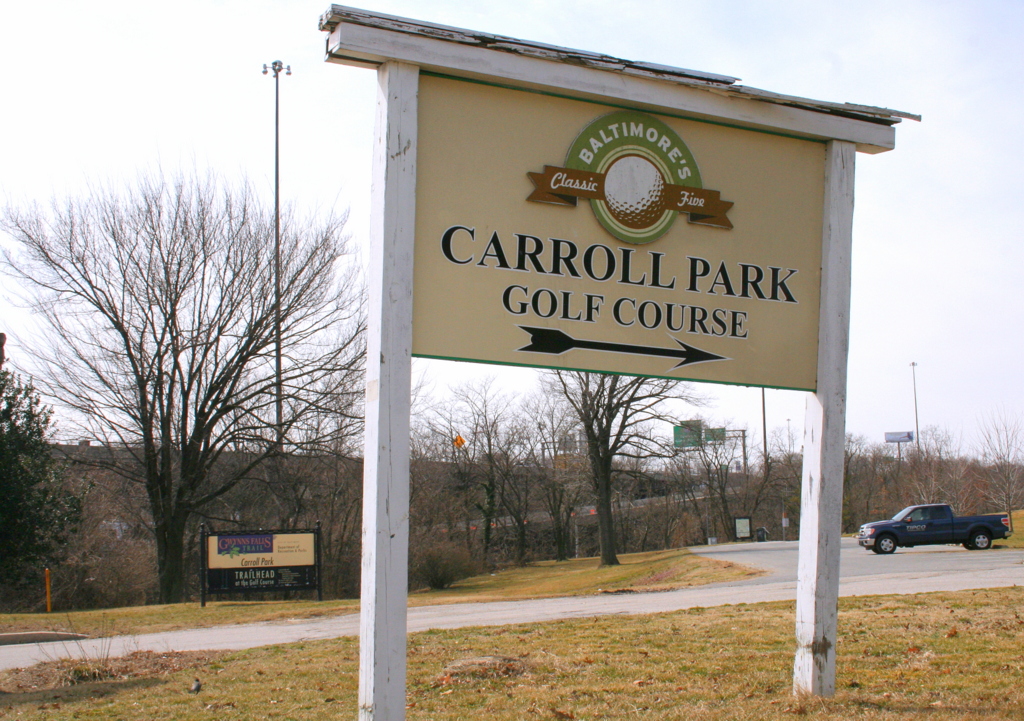 Sign for the Carroll Park Golf Course. The Gwynns Falls trailhead is in the background.  Photo by: Danielle Sweeney

Porter said the agency is working with the Department of Public Works and Rec and Parks to prevent future dumping near the trailhead and has contacted Blue Water Baltimore, a local environmental organization that monitors the health of Baltimore’s waterways, to enlist their help in finding other sites where dumping routinely occurs.

Blue Water had previously said that the Carroll Park location, just off of Washington Boulevard in Southwest Baltimore, was a known dump site.

Separate piles of discarded mattresses and construction debris were visible throughout the park area two weeks ago, when the massive dump was discovered.

David Flores, Blue Water’s waterkeeper, had encouraged the city to block off vehicular access to the trailhead and possibly install a surveillance camera.

Waugh says the ironic thing  about this dumping case is that the agency suspected the company of illegal dumping years ago.

“We just couldn’t prove it,” he said.  (According to Code Enforcement officials, the company is located near Carroll Park.)