The Board of Estimates is set today to award $3.5 million in community development block grants to help underwrite East Baltimore’s first major community park in decades.

Eager Park has been in the works for years – its name, in fact, has been used in real estate marketing to represent the whole redevelopment zone north of Johns Hopkins Hospital – but construction is now expected to begin this spring, with a projected completion date of fall 2016.

The block grants will go for infrastructure improvements to support various amenities at the park, which has been designed with an amphitheater, playground, community garden, space for a farmer’s market, and a 150-foot-wide “green field” for planned yoga classes and an annual basketball clinic.

The full cost of Eager Park is estimated at $10 million.

Eventually more than 1,000 mixed-income housing units will front the park on surrounding blocks as part of the larger East Baltimore Development (EBDI) project that has been berated as “gentrification” and mass removal of poor blacks.

Aesthetically, the park will serve as an urban greenspace stretching from the life sciences labs under construction by Johns Hopkins to Amtrak’s elevated Northeast Corridor right-of-way. 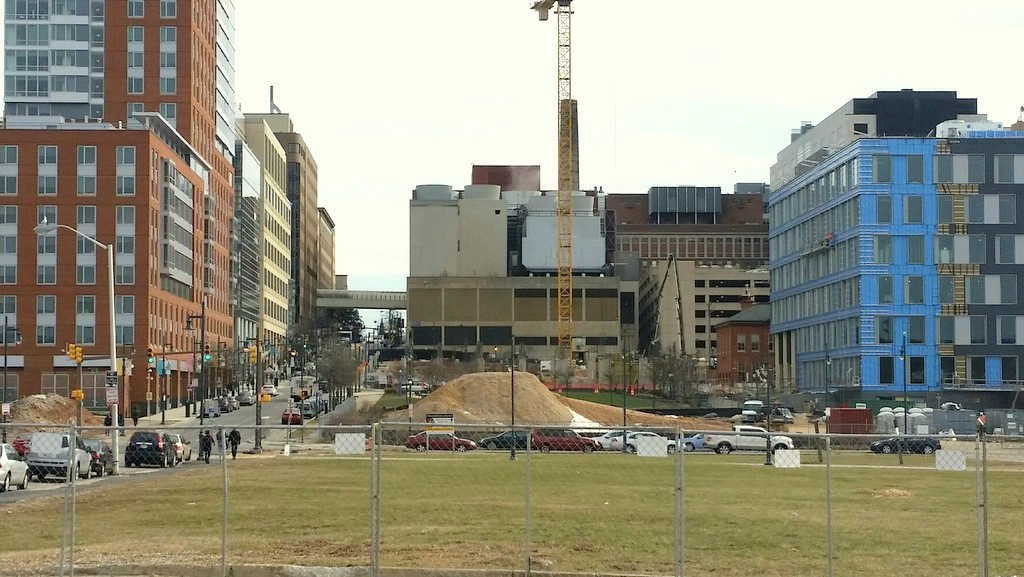 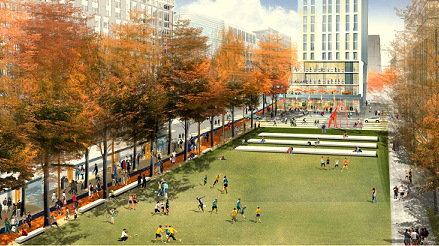 Two of the blocks for the park have been cleared. The northernmost block of vacant rowhouses is being rendered into rubble under the ministrations of Pless Jones’ front loaders.

The East Baltimore project is coming together in other ways. A public elementary school, run in partnership with Johns Hopkins and Morgan State University, was opened two years ago. New housing has sprung up on Wolfe, Eager and Chase streets.

And perhaps most telling, the historic houses on McDonogh Street – whose boarded-up windows and doors were painted to appear inhabited from a distance – are actually under renovation. Several have sold in the $200,000s. 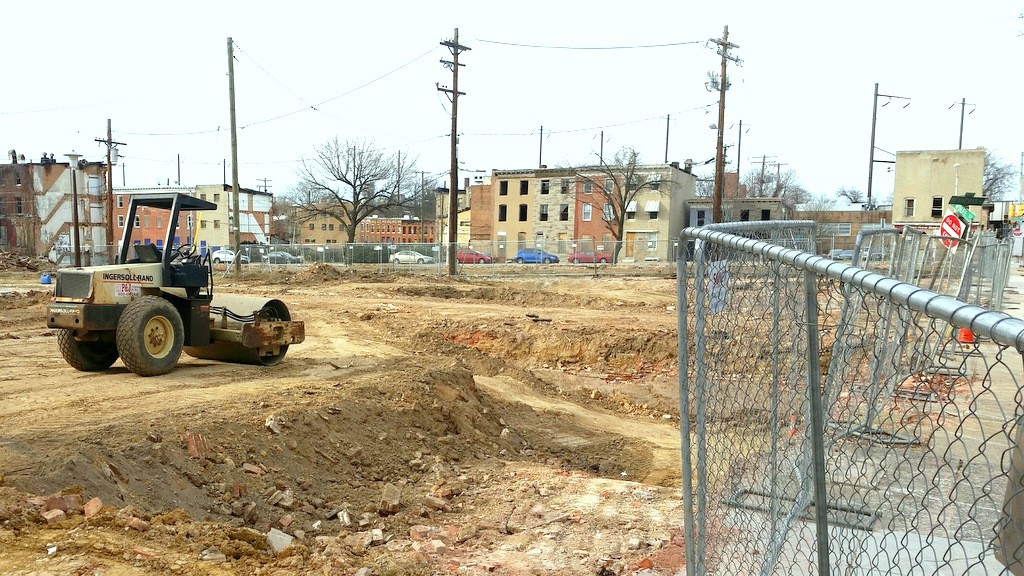