In my bedroom in Carroll Manor, I listened to the Orioles play the Indians in 1977 on my Panasonic clock radio. The minutes fluttered as they changed and I worked my algebra problems. It was early in the season and the game was close. It went into extra innings and the Indians took a two-run lead. With two on and two out in the tenth inning, Earl Weaver sent in a pinch hitter.

Brooks Robinson emerged from the dugout. He was batting for the last time.

I remembered that game as I walked up to the Meyerhoff Symphony Hall on Monday evening to celebrate the greatest third baseman of all time. The event also raised funds to benefit the Babe Ruth Birthplace/Sports Legend Museum and the American Cancer Society. My dad met me there.

“They threw away the mold with him,” said Earl Weaver, reclining on a lounge chair before the festivities began. “He’s probably met everybody in here and given them an autograph. If it wasn’t for him, I’d never have made it here.”

Earl’s comment struck home with me.  Brooks had given me something to aspire to at an early age. He played baseball with a reckless joviality. He leaned forward on the hot corner on the balls of his feet, ready to lunge in any direction. When he hit a home run, he ran the bases like a little boy who’d just stolen the cookie jar. 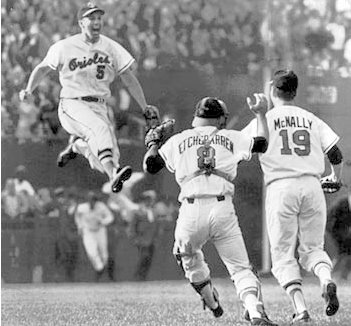 I shared an Oriole obsession with my dad, starting in 1970, on an October day. We attended Game Three of the World Series. He picked me up from Pleasant Plains Elementary School in his blue Chevrolet and we drove to Memorial Stadium. Dave McNally hit the only grand slam in World Series history to seal the victory that day, but Brooks left an indelible mark as he dove to spear line drives out of the air and slugged two doubles.

My parents were separated that year and eventually divorced. My dad moved away to coach college basketball for four years.

In a way, the Orioles pinch-hit for my parents. I bounced tennis balls off of steps, curbs and walls–learning how to play infield by watching the Birds. I didn’t need a babysitter, and would sit transfixed for entire games listening to Chuck Thompson announce.

The Orioles raised me.

In Little League, I played the hot corner and wore number 5. I made the team with hustling and defense–cutting across the infield to snare slow rollers hit to the shortstop during practice. I learned to play my position watching Brooks Robinson–holding my glove open on the ground and waving the bat in an upward motion toward the pitcher like he did.

On game days, I’d put on the Cockeysville-Springlake uniform five or six hours before leaving for the field, cleats on, pounding my glove in grandmother’s Parkville basement. I read “Great Hitters of the Major Leagues,” and other books about my baseball heroes.

We defeated Loch Raven to win the region in a best of three series at Dumbarton High School and went on to beat Woodlawn for the County championship. I was ten years old. My favorite home movie features me catching a foul ball down the third base line for the last out and the whole team jumped on top of each other like the Orioles did in 1966.

When Brooks stepped to the plate in 1977, I stopped doing my homework and listened, wondering if he could do it just one more time. You could see the stadium in your mind—the towering light stanchions and the moths clustered around them. You could feel the wooden edges of the bleachers on your fingers. The nervous din of the crowd wafted through the radio. Then I heard it–the dull thwacking sound the ball makes off the bat when solid contact is made–and Brooks got it all, sending the ball high into the night and over the left field wall one more time—electrifying the 3,000 people on 33rd street and countless others listening like me. 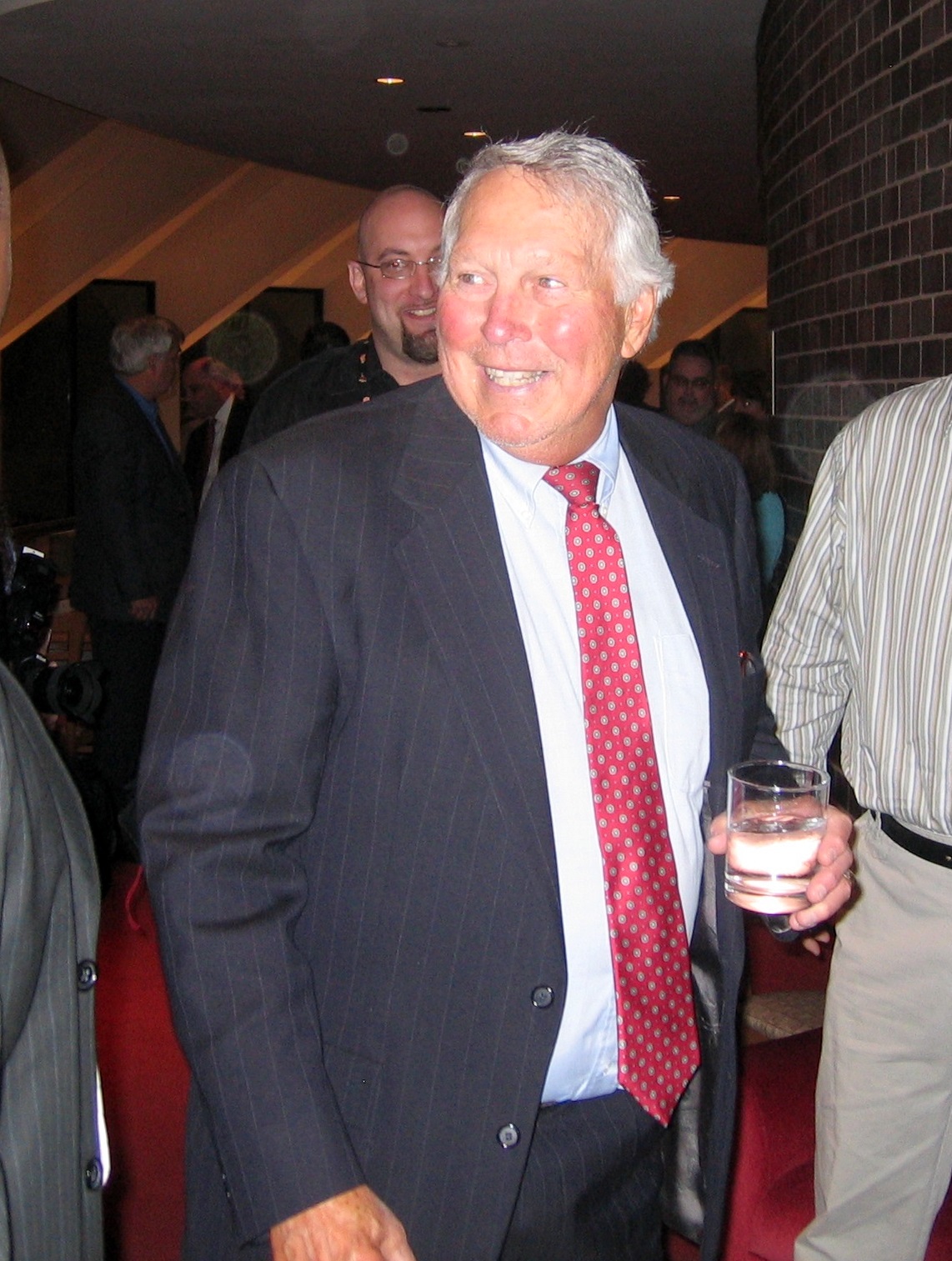 At the Meyerhoff event, the men who made those moments were re-visiting them, too.

“I stayed up nights thinking about benching him,” Weaver said that night.

After 23 years with the Baltimore Orioles, Brooks Robinson stopped playing baseball but he never quit being Brooks —humble and smiling.

“We’ve got all the time in the world,” he said on Monday night signing autographs after the charity event had finished, just off the stage, telling the staff to wait until he was finished with the last fan.

I met Brooks after forty years of memories—along with Jim Palmer, Paul Blair, and Weaver—and thanked them for carrying me on their shoulders and giving me the greatest childhood I could have imagined. That theme song played in my head.