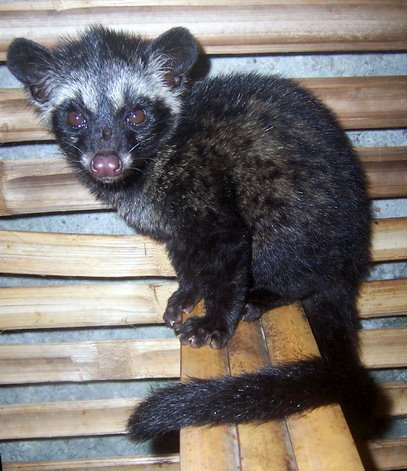 Yep, you heard us right. They’re brewing Kopi Luwak over at Zekes in Lauraville on Sunday, the famous coffee made from beans said to be especially flavorful after they are eaten, bathed in digestive enzymes and pooped out intact from the rear end of a cat-like Indonesian critter called a civet.

Why is this concoction — which sounds like something from the old reality show “Fear Factor” — somehow appropriate for the city of Baltimore right now?

Kelly Burke learns about the roasting process while sipping her Kopi. (Photo by Fern Shen)

Well, you know, being dragged through the dreadful details of Mayor Sheila Dixon’s corruption scandal is maybe analogous to being a coffee bean and working your way through an animal’s gut:

The hotel shack-ups with one developer, the envelopes stuffed with gift cards from another developer, the minks, the cancelled Holley Trolley tour, the David Letterman jokes, yet again, about Baltimore, the fat pension, the nauseating sight of a pretty-good mayor — who blazed a trail for women and African-Americans — messing up so badly and giving aid and comfort to the racist commenters on the Sun website. The oh-so-predictable Alford plea and pbj. (Lindbergh Carpenter didn’t get either of those!)

But maybe, just maybe, having gone through all that slime, our city, like the Kopi Luwak bean, will come out better on the other end?

* Maybe, with Wednesday’s announcement that Dixon will resign, something will be done about a city where lawmakers can get fur coats and thousands of dollars from developers (who receive tax breaks from them) and it’s all okay as long as the official reports it.

* Maybe the city Board of Estimates will be made to resemble the state Board of Public Works, with three independent members, not a five-member panel that the mayor can stack with two hand picked appointees.

* Maybe city’s contracting practices and campaign contribution laws will be tightened up to bring about more transparency and fuller disclosure.

* And MAYBE the city will finally appoint a permanent, ethically-impeccable, energetic and aggressive INSPECTOR GENERAL to be a watchdog on fraud, waste and abuse in city government. Lord knows, we needs one.

Could any of that happen? Let’s lift a mug of Kopi Luwak and toast the possibility that it might! 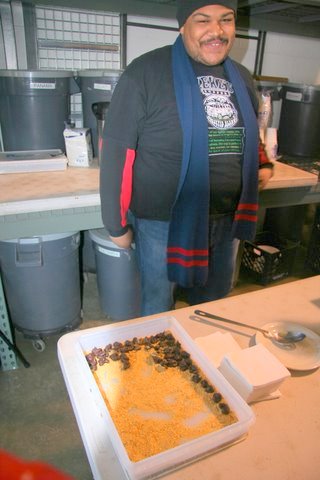 Wake up and smell the catbox? (Photo by Fern Shen)