If Rosebud, the sled, is the cipher code that unlocks the secrets of Citizen Kane, Roland Park is the key to understanding how The Baltimore Sun’s editorial policies and business practices helped determine the racial evolution of Baltimore. I discovered the newspaper’s role while working on my book Not in My Neighborhood: How Bigotry Shaped a Great American City .

Roland Park (1891) was among the early “romantically planned suburbs,” as they are called in planning literature. It was a trendsetter like Llwellyn Park in New Jersey (1853) and Chicago’s Riverside (1868). But because Roland Park’s development spanned the entire Progressive Era and included the peak of eugenics, the 800-acre suburb uniquely demonstrates how a belief took hold in real estate that African Americans and Jews were bad for property values.
Here is a short history of The Sun’s involvement.

In 1910, the African-American lawyer W. Ashbie Hawkins bought a three-story rowhouse at 1834 McCulloh Street, near Eutaw Place, a prestige neighborhood at the time. All hell broke lose. As a result, Baltimore enacted the first citywide law in the United States that mandated the segregation of each residential block: Ordinance for preserving order, securing property values and promoting the great interests and insuring the good government of Baltimore City.

While The Sun supported that law, it told readers that it preferred Roland Park’s solution. Just a few months earlier, that garden suburb had obligated each home purchaser to sign a binding legal covenant that barred blacks, a condition of sale that was to last for decades. 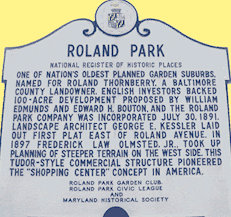 Three years later the company also adopted an internal policy to exclude Jews. At the time, a handful of prominent Jewish families resided in Roland Park but as they departed, other Jews could not replace them. That company policy guaranteed that not a single property there or in the company’s three other prestigious developments was sold to a Jew for the next 50 years. Many other Baltimore suburbs followed Roland Park’s example of exclusion.

All this was the handiwork of Roland Park’s developer Edward Bouton, a Kansas City native who rose to become one of the nation’s leading experts on developing garden suburbs. While running Roland Park, he also doubled as the general manager of the Sage Foundation’s important model suburb, Forest Hills Gardens in Queens, N.Y.

Among Bouton’s friends and Roland Park neighbors was Charles Grasty, who ended his varied newspaper career as the roving European correspondent of The New York Times.

A Virginia native raised in Missouri, Grasty entered college at the age of thirteen and became managing editor of The Kansas City Times at twenty. That newspaper’s backers were heavily engaged in real estate speculation, and in 1890 they sent Grasty to Baltimore to secure the British capital required for Roland Park’s development. He stayed, acquiring the struggling Baltimore News and turning it into a muckraking newspaper. In other words, Grasty, Roland Park’s godfather, became a power broker and a leader in Baltimore’s Progressive movement.

In 1910, shortly before the McMechen Street controversy, Grasty took over as editor and publisher of The Sun after he put together a group of investors who bought Maryland’s newspaper of record. The paper made no secret about its thinking.

“The white race is the dominant and superior race, and it will, of course, maintain its supremacy,” The Sun editorialized, while Grasty headed the newspaper. “The attitude of the Southern man and the attitude of an average Baltimorean toward colored people is one of helpfulness. He sees in them not simply wards of the nation but descendants of those whom he and his ancestors trusted and respected for their loyalty and affection.”

Maryland had stayed with the North in the Civil War, but its loyalty was so much in question that Union troops positioned cannons on Federal Hill and aimed them at City Hall. Several newspapers were closed, their editors thrown into jails. The Sun’s policy during the political crisis and the war “was that of an ostrich,” Gerald W. Johnson, Frank R. Kent, H.L Mencken and Hamilton Owens wrote in their 1937 centennial history, The Sunpapers of Baltimore. The Sun simply ignored important but uncomfortable stories.

After the war, Maryland behaved pretty much like a former rebel state. In 1899, Baltimore Democrats campaigned under the slogan, “This is a white man’s city.”

Between 1905 and 1911, Democrats made three attempts to disenfranchise black voters. Several other cities, mostly in the old Confederacy, copied Baltimore’s pioneering residential segregation law. After the Supreme Court struck it down in 1917, Roland Park-style restrictive covenants became a national model until the Supreme Court prohibited their court enforcement in 1948. All this is documented in my racial real estate history.

Before I began working on the book, I had little idea of the extent of the white-supremacist record of the newspaper that employed me from 1969 until 2004. The record makes me utterly uneasy – and not only because of The Sun. My uneasiness stems from a realization that other newspaper companies in various parts of the country may share similar histories of segregation, except that those remain hidden because no one has probed them.

In writing my book, I reviewed not only the The Sun’s news coverage from the 1880s until contemporary times but also its business practices. What I found was not pretty but also not unexpected. After all, wide segments of America shared white-supremacist views and a latent anti-Semitism. My book documents how even the Federal Housing Administration adopted such bigotry, championed by eugenicists who also were responsible for immigration quotas that favored Northern European Protestants at the expense of Catholics, particularly from Southern Europe, and Eastern European Jews.

The real shock involved The Sun’s conduct during the controversy that produced the City Council’s residential segregation law in 1910. For reasons that are not entirely clear to me, The Sun allowed itself to become a pawn in that racist campaign. Its news columns agitated disenfranchisement as a means of controlling the spread of black residential neighborhoods; it published a bogus real estate ad and a fake letter to the editor to racial fan panic. 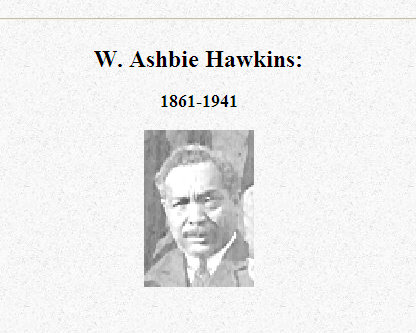 Much as I wanted to believe in the innocence of The Sun, I could not after I found a smoking gun. In contending that blacks were the cause of falling property values on McCulloh Street, the newspaper repeatedly printed claims that Hawkins paid only $800 for the three-story McCulloh Street brick rowhouse whose previously accepted value was said to be $2,400.

The Sun’s claims were demonstrably false. I found a court record that proves that Hawkins obtained a $1,900 mortgage on the house from an established white institution. Since substantial down payment was required in those days, it seems likely that he paid close to $2,400, or perhaps even more, for his acquisition.
There is more, but you have to read the book.

The Sun seems to have been the only culprit during the 1910 controversy. No other Baltimore paper that I could find, including the new Evening Sun, thought that Hawkins’s house purchase was a big story. 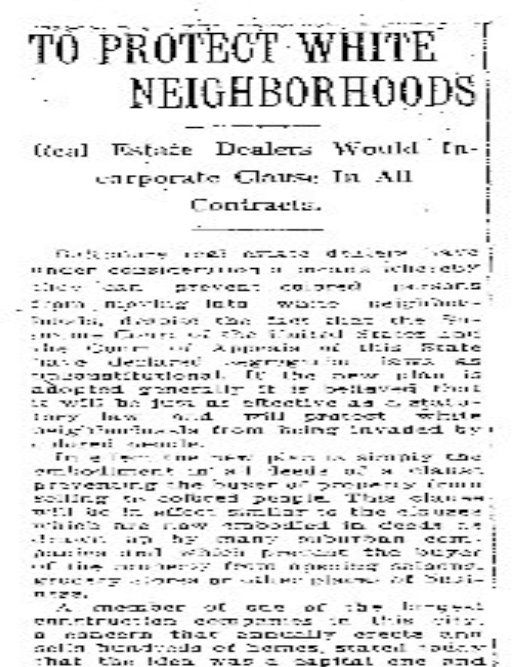 After Baltimore’s segregation law was invalidated in 1917, segregation became part of the standard real estate contract.

Later on in the book, I document the anti-Semitism of The Sunpapers — from its employment policies to its job and real estate advertising. I also show how the Afro-American colluded with real estate brokers — its biggest advertisers – to determine the direction of black expansion during the initial 1940s blockbusting phase. As a result, a pattern established in 1910 was continued in which neighborhoods transitioned from non-Jewish to Jewish to African-American.

Did newspapers in other American cities engage in similar practices? I don’t know, but I suspect they did. What I do know is that records provide ample, conclusive documentation of at least two newspapers’ racial advocacy role in Baltimore at the time when the development patterns were initiated that continue even today.