The writer S. J. Perelman liked to write his own epitaphs, including this homage to himself: “Before they made Perelman, they broke the mold.” One can only assume that a similar breakage took place when Florence Martick gave birth to her third child at 214 West Mulberry St.

Upon delivery of that child on January 18, 1923, the midwife was given two bags of coal and a loaf of bread, while Baltimore gained one of its most memorable residents.

Give or take three involuntary years in the Army and another one wandering around France, Martick lived his entire life at 214 West Mulberry, a Civil War-era rowhouse awaiting the wrecking ball for the city’s Westside renewal project.

Trendsetter in a Wool Ski Cap

Morris stayed put – and the world came to him. As the owner, bartender and muse of the city’s first beatnik bar, he inspired countless local artists to pursue their work. He mixed up people from different races and different economic stations and changed the city’s rigidly defined sense of social and cultural propriety.

Then after a bout of soul-searching and depression, Martick reinvented himself as the proprietor of an authentic French restaurant, foreshadowing the food revolution that Baltimore has undergone in the last 25 years.

Before he closed Martick’s Restaurant Francais in 2008, Morris and I sat down in his dining room to talk about his life.

“For a person who is inferior and lacked identity, I did a lot of stuff,” he admitted. 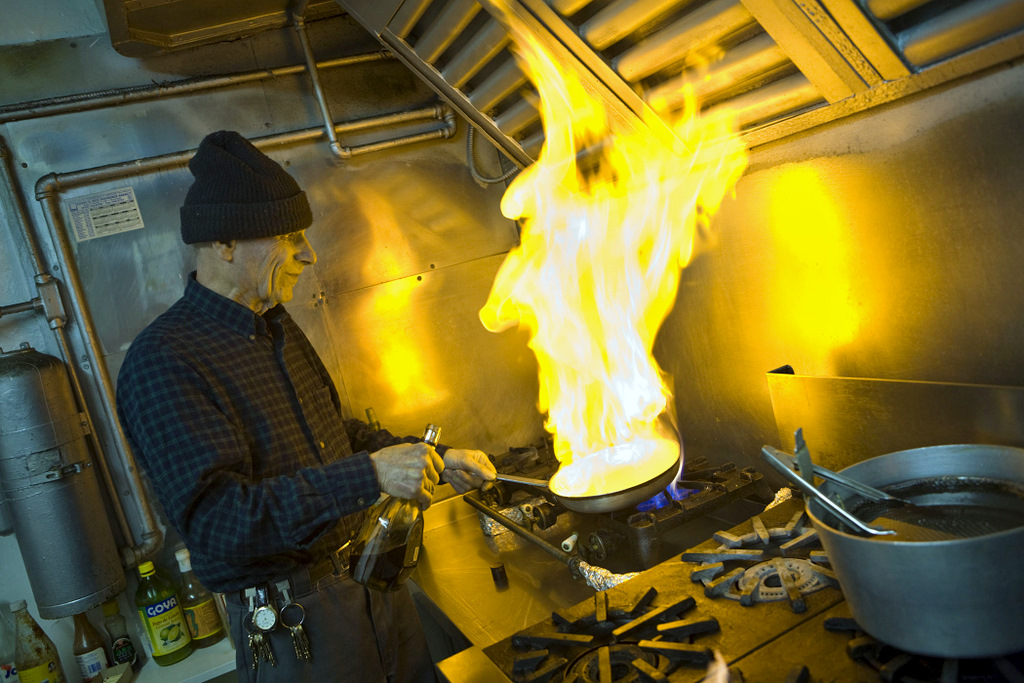 Martick cooked upstairs above the restaurant. (Photo by Jennifer Bishop)

One side of the restaurant featured albino snakeskin wallpaper. Another wall was covered with aluminum sheathing salvaged from a B-52 bomber.

Morris wore his trademark wool ski cap, flannel shirt and khaki pants. An old-fashioned wristwatch, flanked by keys, was tethered to a battered brown belt. A painting of a fat, florid lady in the throes of laughter sat on the mantle above his gnome-like head.

For Heaven’s Sake, Don’t Call Him That!

If there was one thing Morris never liked, it was being called “eccentric.”

He viewed the word as condescending and implying some kind of pathology. Rather than eccentric, his approach to life was unique, governed by his gimlet eye for the absurd and the ever-present need “to make a buck, boss” – “boss” being his customary salutation.

From his deadpan humor (surgically delivered in nasal Bawlmerese) to his business model (developing and sustaining a one-person French restaurant for 38 years), Mrs. Martick’s son came from a different mold.

Here are some of the things he said as he reviewed his life over the course of three afternoons we spent together. At one point, he said, “You are writing my obituary.” I reminded him that he was really doing the writing. That perked him up.

My Birth and Early Years

“I think I was a normal birth. My mother was scared of hospitals and all the children [two boys and three girls] were born at home. She bartered with the midwife, never paid cash.”

“My parents were dirt poor. They were born in Poland, came to Baltimore in 1917 and opened a grocery store  in this building. But they couldn’t make any money off groceries.”

“We didn’t have any connection with Jews at all. Of course, the culture is so strong. Being a Jew, you don’t get over it. All my relations got gassed by the Germans. They were Polish.”

During Prohibition, “My parents became bootleggers. Everybody has to make a living, boss. The mafia sold the booze to them and they repackaged it to smaller bottles. But my father was dumb. He sold a drink to a federal gent and he got a year in prison in Pennsylvania.”

When Prohibition was repealed in 1933, the Marticks got one of the city’s first liquor licenses. Still, life wasn’t rosy. “My father was a socialist, which meant he did the least work possible. That left my mother to run a place. It opened at 6 a.m. and closed at 1 [a.m.] and served working people.” 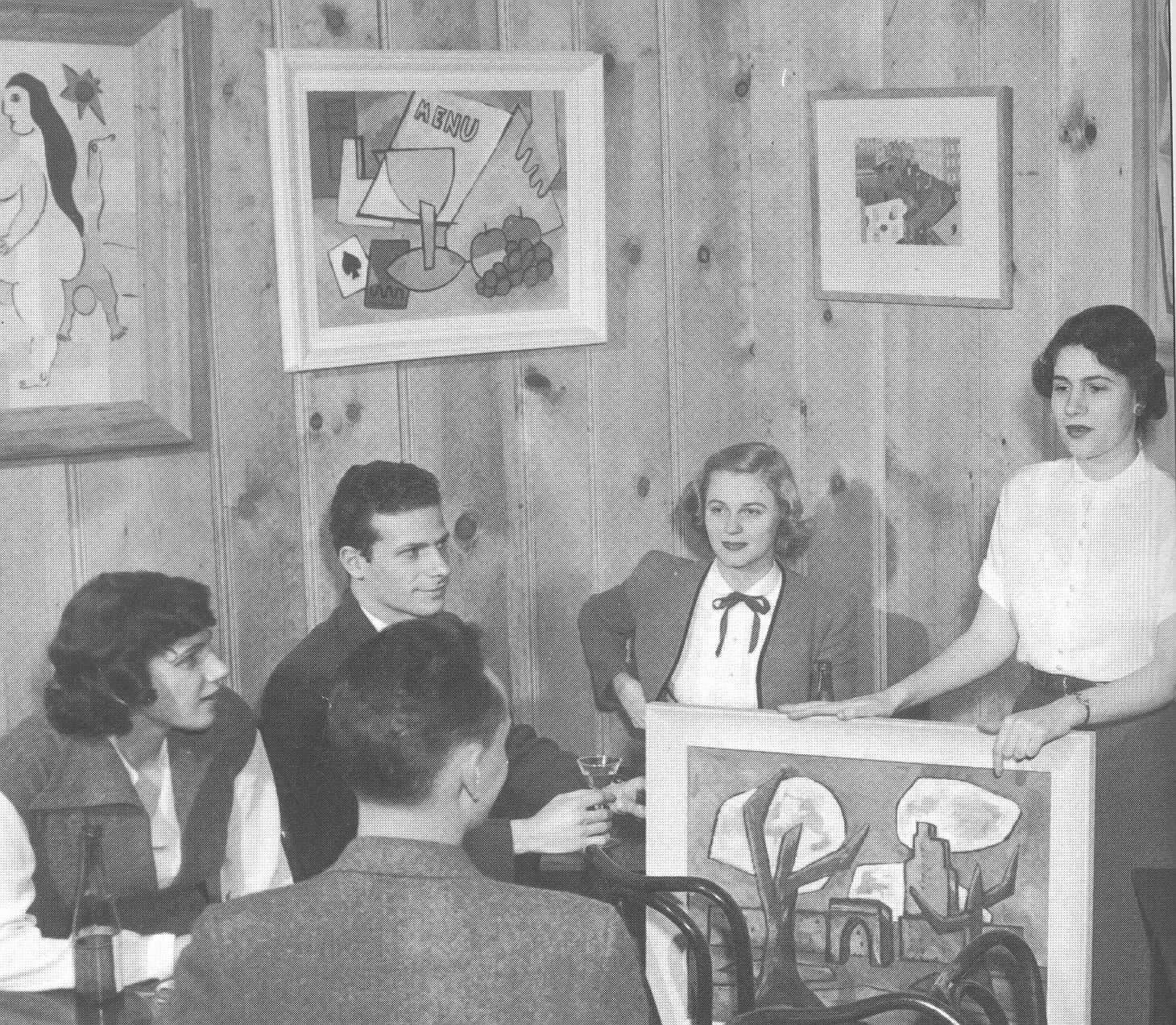 Morris Martick (second from left in rear) at a symposium on modern art at his tavern in the early 1950s. (Courtesy of Enoch Pratt Library Maryland Room)

Morris went to school across the street from Edgar Allan Poe’s grave, graduated from City College and took a few classes at the University of Maryland before he was drafted into the Army in 1942.

“I didn’t want to shoot anybody or kill anybody. I could see the future. I was going to get killed.”

A second lieutenant, sensing his attitude, “kicked me out of the combat unit.” While his unit was sent to Europe, “all the misfits were put on a boat and shipped to the Bering Sea to defend the Aleutian Islands. My old company was in the Battle of the Bulge. I was told that out of the 200 men, five came back. If it wasn’t for my bad attitude, I wouldn’t be here today.”

“My father died in 1948. My mother went blind. All the other kids left. For some reason I didn’t have the strength to walk out. Should have. She couldn’t run the business anymore, so I became the legend I didn’t want to be.”

Artists began frequenting his bar. “I attracted the non-conformists, then called beatniks.” In the early 1950s, Martick’s was the first commercial establishment to regularly exhibit local artists. He held symposiums on modern art and loaned artists money until their next sale came through.

“I gave Joe Sheppard his first show. He sold every piece.” He was instrumental in the “six realists’ movement” that challenged the staid conventionalism of the Baltimore Museum of Art and promoted such local talent as John Bannon, Evan Keehn, Franklin Redelius and Sheppard.

Billie Holiday sang at the bar. Other black musicians performed. But in 1950s Baltimore, no black customer could enter Marticks or other “white” bars. 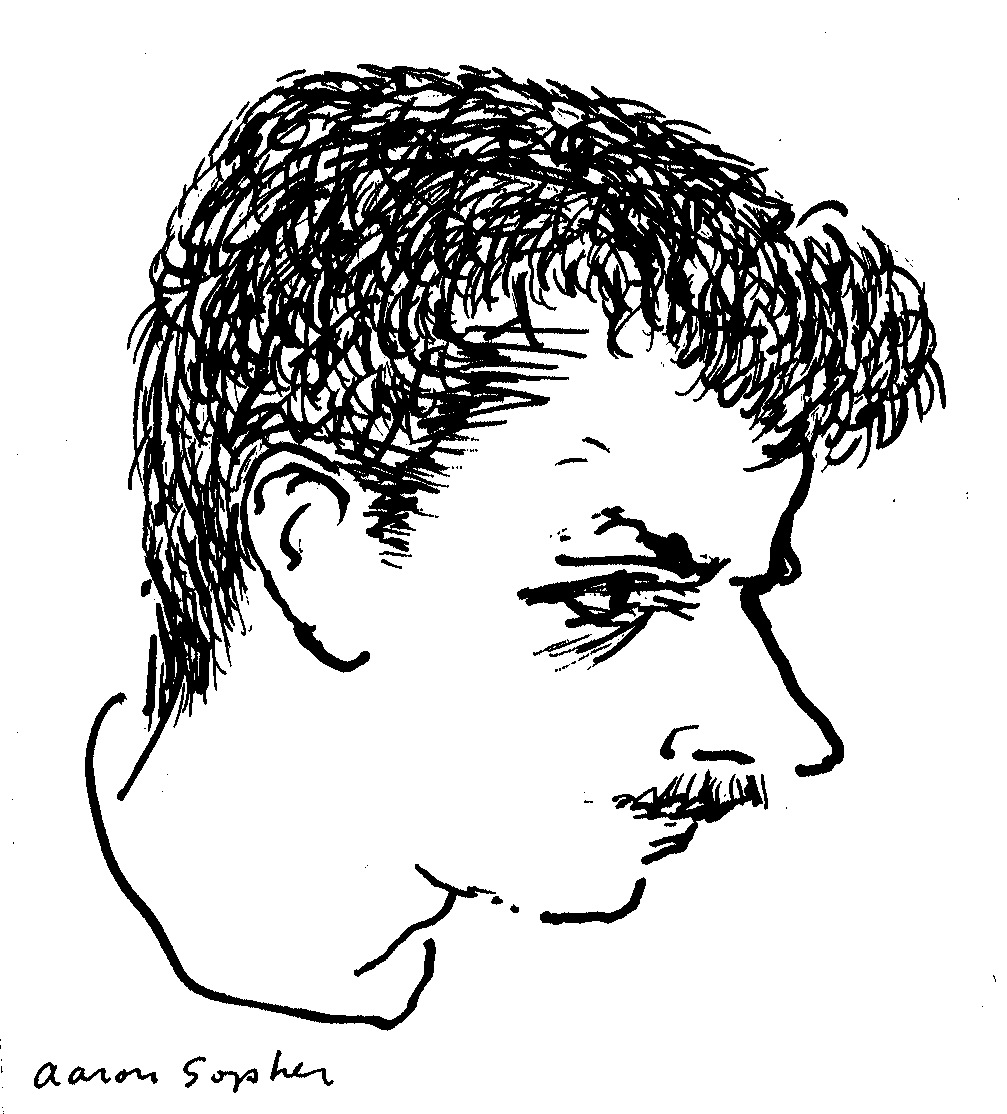 “If you got caught serving a black person, you could lose your license, and they could get beat up. That’s how it was. Black people knew that, and didn’t come. But occasionally one would come in. I would always serve him.”

Even worse than breaking the color barrier was serving homosexual customers. “Serving homosexuals was a no-no. The police used to beat them up in public. I remember the police came here one day. They called all the customers outside and beat them with their nightsticks. And they got away with it.

“Our so-called public officials, they were as phony as shit. They gave me unofficial warnings that if I served gay people they were going to take away our license.

“They got a task force together. The head of the liquor board and the police commissioner. But the night they came there to bust the place there were no customers. What they found was my gray-haired blind mother. They took us to court. When the judge saw my mother, he dismissed the case.”

There was a daily rhythm to his workday. In the morning (he still diligently opened shop at 6), there were a handful of drinkers, nearly all Chinese from the surrounding blocks. At lunchtime, the artists straggled in.

By 5 p.m., reporters and editors from the Sunpapers mingled with some stockbrokers and street bums. By evening, it was a gay bar. Later at night it became a college bar. Or vice versa.

“Before there was Fells Point, this was the place to come. I don’t know why, but it was.” As the popularity of his tavern grew, Martick grew despondent. “Who goes to bars? Drunks. There was a new generation coming in, and I got so tired of the insignificance of it all, and the avoidance of reality. I became emotionally crippled. I physically was unable to work anymore. I maybe had a breakdown.”

He decided to close the bar. He set his cash register to “NO SALE 00.00” and kicked out the regulars. He vowed to give up drinking and smoking.

He quipped to the Evening Sun’s Carl Schoettler, “My closing [has] had an effect on some of my customers. About six of the guys shaved and got jobs.”

Schoettler detected remorse under his bravado, which Martick said he was trying his best to hide. “I really felt inferior. A lot of people have that problem. I felt like I was a clod.”