Even before allegations of ethical violations at a past job in New York surfaced this week leading to his forced resignation, Rico J. Singleton was getting mixed reviews from Baltimore’s tech community.

Tech leaders had been looking to the new Chief Information Officer and director of the Mayor’s Office of Information Technology (MOIT) to work with them amid a surge of local enthusiasm for civic-minded uses of technology – to help with longstanding city problems like vacant houses, food deserts and cash-strapped schools.

“Rico was more open to that than anyone else in city government had been, but at the end of the day, I’m not sure what his motivations really were,” said local web studio owner Mike Brenner,who founded Startup Baltimore, runs BaltimoreTechNet and organized Education Hack Day.

“You got the feeling he really wanted us to support his efforts,” he said, “but there wasn’t much interest from him in working with us.”

Brenner was at the center of what many regard as the starkest example of this phenomenon, the hiring of a new position at MOIT, a Chief Digital Officer (CDO).

Brenner says he suggested the idea to Singleton and even wrote the job description the city used. But after a search process that Singleton touted publicly, he gave the job to Lillian Buie, a woman from the D.C. area who has puzzled the network-minded local tech crowd by staying largely in the background. 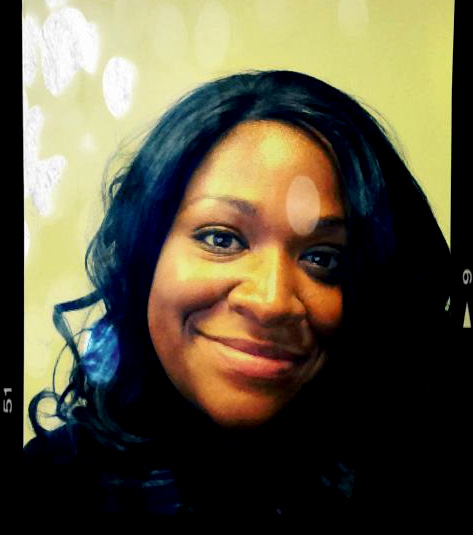 There’s a face but no name on her Facebook page (“Baltimore Mmgr”) and just a Baltimore skyline photo on her Twitter account (“BaltimoreIT@Mmgr”) along with a link to MOIT.

To locals who regarded her hiring as a snub to one of their own, the low-visibility presentation was off-putting.

“It’s like she doesn’t want to be known. Which, for a person in a job where the whole point is to be public and network, is very strange,” said Localist co-founder and CEO Mykel Nahorniak.

“It was a disappointing choice that really left me wondering about the whole office.”

The CDO story is just one of the anecdotes getting rehashed this week in a tech community still reeling from the sudden fall of the city’s technology chief, a person who had charmed many with what seemed like an earnest effort to bring the city’s antiquated IT infrastructure into the modern era.

“I hope this does not derail the good stuff he has done in the city so far,” wrote web developer Shea Frederick, posting on the Baltimore Tech Facebook group.

Singleton himself has not spoken other than this comment posted on that Facebook group Tuesday when the story broke.

It read: “Rico Singleton Sorry for bad news. I can’t say much yet, but just know their are always 2 sides to a story. Unfortunately, i didn’t get a chance to present mine. This report is full of inaccuracies, misconstrued information and just flat out wrong accusations. I’m out of town this week, but will touch base with you when I return.”

The report he was referring to was an audit which found that Singleton, as deputy chief of New York’s Office for Technology, negotiated a job for himself and secured a job for his girlfriend at a company that had just been awarded a major tech contract.

The contract, for software security that was reportedly not needed and was subsequently canceled, cost New York taxpayers $1.5 million.

Within hours of the audit’s release, Singleton was out of his Baltimore job, his resignation announced via a mayoral press release. Robert Minor was named acting head of the office.

Repeated attempts by The Brew to reach Minor by email and phone were not successful.

Among the questions the tech community is asking: who will replace Singleton and what is the future of some of the initiatives that appeared to be moving forward under his tenure, such as Open Baltimore?

In his $160,000-a-year position, Singleton oversaw an office with a $13 million operating budget and guided $40 million in information technology projects and personnel.

In the meantime, who are the people leading the MOIT office and will Mayor Stephanie Rawlings-Blake be reviewing hires and decisions that Singleton made? Spokesmen for the Mayor’s office were asked these questions as well and also did not return The Brew’s request for an interview.

“I do not have a response right now. Thank you for reaching out to me,” she wrote.

Her job before coming to Baltimore appears to have been as a marketing manager for Downtown Silver Spring.

It is unclear whether she was one of the job candidates in a Dec. 1 live online crowd-sourced interview of candidates,  since the candidates were anonymous.

According to an Internet posting for the Chief Digital Officer job, the duties include “managing and presenting a consistent and comprehensive new media face for the City of Baltimore; coordinating with City agencies in the promotion of initiatives via new media tools; working with the City webmaster to improve the design and content of the City website to increase usability and make relevant information more accessible; developing meaningful social media uses to keep residents informed and engaged.”

Brenner said the experience with Singleton left him disillusioned with City Hall. “I haven’t been incredibly optimistic about the city’s position on supporting technology initiatives,” he said.

Nahorniak said he is “trying to look at the big picture” and focus on good news in the local tech scene, like changes made at the Greater Baltimore Technology Council under new leadership.

As for the replacement for Singleton, he’s hoping whoever is chosen will be someone “proactive.”

“If they just sit at their desk in their office and don’t listen to people, that’s not going to help us,” he said. “And if they’re not open to all the existing community has to offer, it would really be a shame.”