A housing department official, whose office had sought to steer $250,000 earmarked for a poor South Baltimore community to a well-heeled foundation, said he was “not aware of any obstacles” in awarding the grant to the community after all.

But the official stopped short of guaranteeing that the money would be spent to refurbish a community service center in Westport.

“We need to go back and think about it,” Peter F. Engel, deputy housing commissioner said Monday. He was speaking to a group of Westport residents who had raised a fuss when they discovered that community funds were being transferred to a Living Classrooms Foundation project many miles away.

Their objections led City Council President Bernard C. “Jack” Young to halt the transfer – and to promises by Engel’s staff “to begin discussing ways in which we might spend these funds in Westport,” according to a letter to residents.

The residents took Engel on a tour of the small building they use on Annapolis Road for community services and youth programs, and pointed out the severe deterioration of two adjoining buildings they want to rehabilitate.

Engel told the residents they had to prepare a budget, get estimates from contractors and raise private funds to win city approval.

Meanwhile, Living Classrooms is set to receive $250,000 at today’s Board of Estimates meeting through another housing department account.

On the board’s agenda is the transfer of funds from the “American Brewery Reserve” to Living Classrooms for reimbursement of some of the costs of converting an old fire station on South Caroline St. to the POWER House Community Center.

James Piper Bond, president and CEO of Living Classrooms, said he was unaware of the controversy about the funds until he read about it in The Brew.

“The implication that, somehow, we were taking money from Westport is far from the truth,” he said in an interview. “And I don’t think our success in the uphill battle to build a great community center in East Baltimore should be considered a slap in the face of anyone else.”

Bond said the foundation – whose board of trustees includes City Council President Young and Mayor Stephanie Rawlings-Blake – did not use its influence to secure the funds. (Young and Rawlings Blake also sit on the Board of Estimates.)

According to Bond, the money had been promised to a predecessor organization, East Harbor Community Development Corp., to match other funds for the rehabbed fire station that serves low-income residents at the Perkins public housing project.

“We had borrowed this money to complete the building based on an agreement with the city to reimburse. We were told [by the housing department] that there was a hiccup in allotting the funds.” 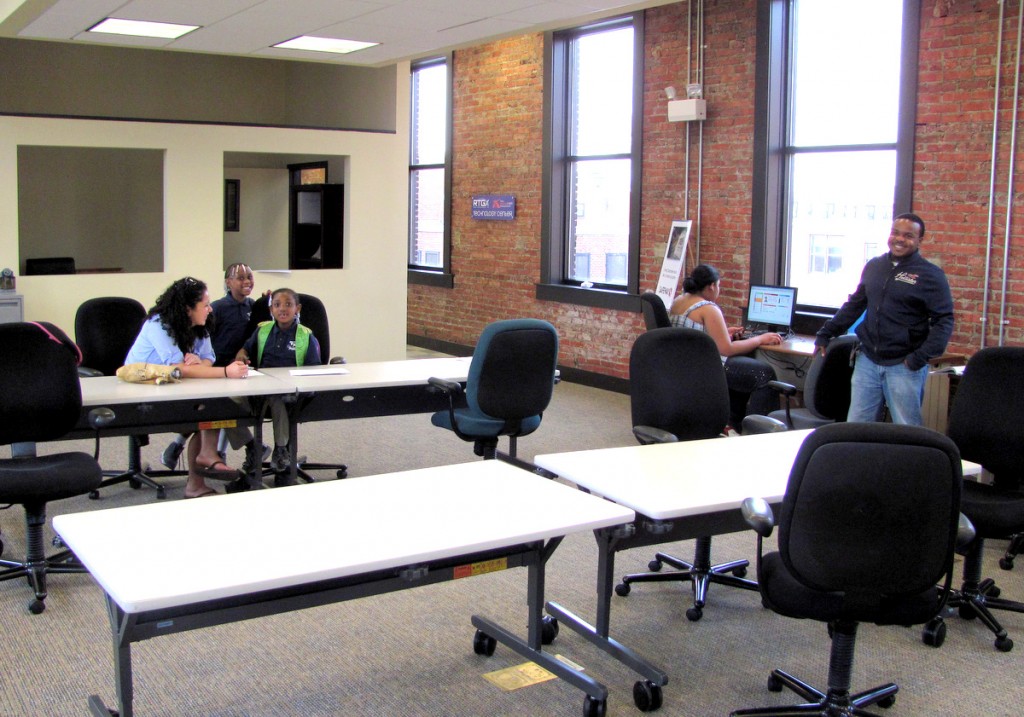 Citing the foundation’s well-regarded environmental and educational projects, Bond said, “Our aim is to help everywhere in the city. We wish Westport all the best. There is a true need for a community center there, and in many other parts of the city.”

At Monday’s meeting, Engel said the Westport residents had to come up with a specific plan and budget in order to secure the $250,000, which was originally budgeted for affordable housing as part of Patrick Turner’s proposed mixed-used development along Westport’s waterfront.

“It seems like the city is waiting for the Turner project, but it has stalled. The community shouldn’t be punished because of that,” James Alston told the housing officials.

Referring to the proposed community center, Alston added, “I think it’s key to getting a place of despair to become a place of progress.”

Stacy Freed, director of planning for the housing department, agreed that the 2005 master plan for Westport cited a community center as a top priority for the neighborhood, which is isolated from the rest of the city by vacant industrial land and the Middle Branch of the Patapsco River.

Now that they are aware of the $250,000 fund, Sherrill and Linda Towe, executive director of the umbrella group Project TOOUR, said they would develop a budget and get estimates of the renovation costs. Engel said the city also expected them to raise private money and secure some public grants.

In her protest letter to the Board of Estimates, Sherrill wrote that “for years we have asked the city for help to renovate buildings for a community service center in Westport and were told by high-ranking officials that we would never be able to get any help from the city.”