At first we thought this toilet spotted on Guilford Avenue today might have been left by Baltimore’s “Toilet Bomber,” Duane G. “Shorty” Davis, but it just doesn’t seem angry enough.

Davis actually is no “bomber.” A jury in September acquitted him of “leaving a fake destructive device.”

He’d been arrested on that charge last February for leaving a toilet plastered with newspaper clippings and a taped-on cellphone in front of the Baltimore County Courthouse in Towson.

Taking no chances, Baltimore County officials had dispatched police officers, a bomb-sniffing dog and a small robot to disarm the possibly lethal potty. 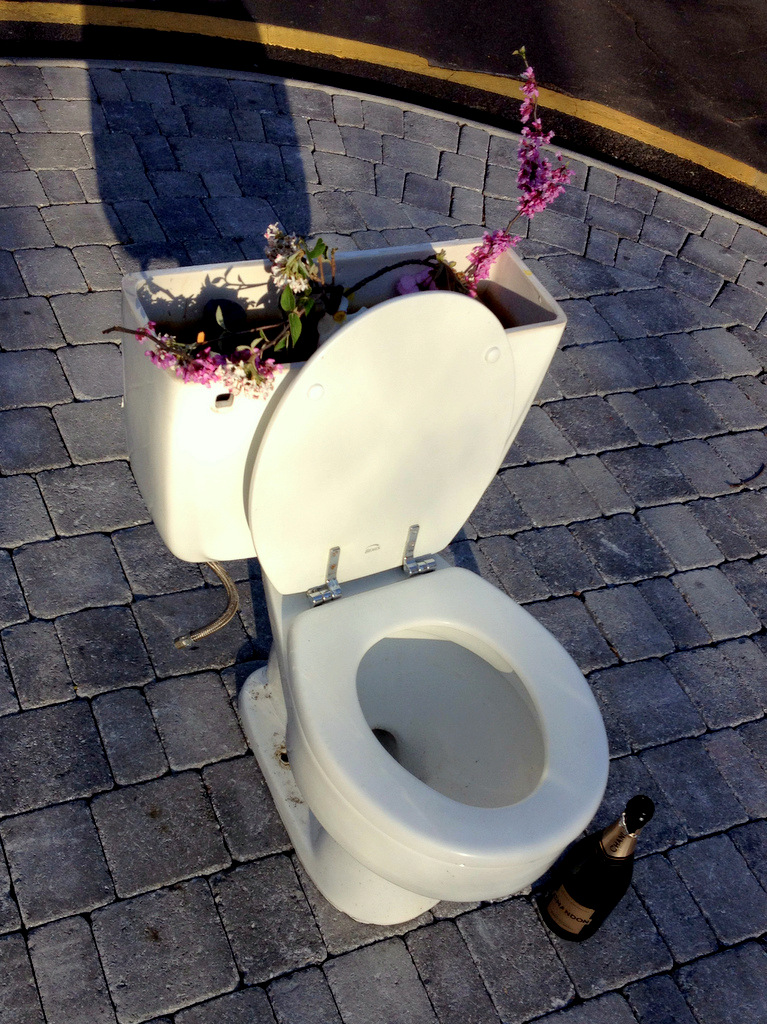 Think how much $ you could save by using a few of these, Charles Village Benefits District! (Photo by Terra Hiltner)

The toilet was found to be harmless and, as Davis’ public defender explained in court, Davis’ chosen form of protest and free expression.

Turns out, Davis has left lots of message-laden toilets around the city over the years, as The Brew reported at the time.

But the unadorned white commode positioned in a bike-lane roundabout at the 32nd St. intersection with Guilford does not appear to be one of them.

It’s just got some fresh purplish-pink spring flowers protruding from the tank and, on the ground near its base, a pretty good clue to what was going on when it was left there: