In legislation submitted to the City Council this evening, the Stephanie Rawlings-Blake administration proposes to give the developers of “Superblock” roughly $30 million in property tax breaks over 15 years, then another $5 million over five more years, The Brew has determined.

The tax breaks will come in the form of a 20-year PILOT (payment in lieu of taxes) for two critical parts of the long-stalled project on Baltimore’s Westside – a 296-unit apartment high-rise and a 650-space parking garage.

At the same time, the administration is requesting another extension – from May 1 to December 31, 2012 – to complete the sale of the city-owned property to the developer.

The request, which is expected to be approved by the Board of Estimate on Wednesday, would delay the start of construction of the derelict block anchored at Lexington and Howard streets until mid-2013, at the earliest.

Under the administration’s plan, Lexington Square Partners, a group of New York and Atlanta developers, would be rebated 95% of the assessed value of the improved parcels for 15 years. Taxes would then increase until the rebate program terminated in the 21st year.

The Superblock PILOT is the first submitted by the administration since the chair of the City Council’s taxation committee, Carl Stokes, called for a moratorium on PILOTs last November.

This followed intense criticism during last year’s mayoral election – and in more recent demonstrations by citizen groups – that the program gave unfair advantages to politically influential developers. Stokes and other members of the City Council did not comment on tonight’s bill, which was introduced in the first reader and will be acted upon in the future.

The Brew disclosed in February that the Baltimore Development Corp. (BDC) had recommended the break to Mayor Rawlings-Blake and her chief deputy, Kaliope Parthemos, but the exact dollar amount of the tax break has been a tightly-guarded secret.  The Baltimore Business Journal reported on the mayor’s proposed legislation last Friday.

While the administration won’t give a number, the amount can be estimated by comparing the deal to the Legg Mason Office Tower, whose PILOT structure closely resembles the Superblock plan.

In fiscal 2011, the Legg Mason Tower was rebated $3,998,160 in city taxes. The overall Superblock project is expected to cost roughly the same as the Mason building (about $150 million). The apartment-and-parking-garage components of Superblock would cost about half that amount, or about $75 million.

On that basis, the developers would receive about $2 million a year in property tax relief for the first 15 years, or $30 million in all. Over the next five years, the tax relief would average about $1 million a year. 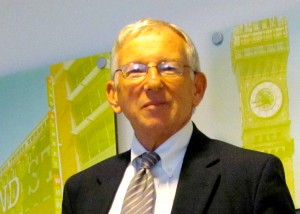 Not the Only Tax Break

This is not the only tax break for the project.

A business is eligible for EZ credits if it makes a capital investment in an economically depressed area or hires at least one new employee in an Enterprize Zone.

(Currently, 22,000 acres in Baltimore are EZ zones. The include the Westside, most of East Baltimore, South Baltimore and the Liberty Heights and Reisterstown Road corridors.)

The credits would entitle Lexington Square Partners to a 50% reduction in property taxes for five years, with 10% incremental increases for the next five years.

Such breaks could potentially save the developers at least $6-$7 million over 10 years. (The state partially reimburses Baltimore for the loss in tax revenues.)

The Rawlings-Blake administration has defended the tax breaks as essential to get Superblock and other city development projects underway.

Superblock will add hundreds of construction and retail jobs in the city, kickstart development of the Westside, add to sales taxes and encourage population growth in the city, according to M.J. “Jay” Brodie, president of the BDC.

Without the tax breaks, Brodie told The Brew, “the private-sector economics won’t work.”

In a report to the city disclosed this evening, Lexington Square Partners said they have made “material progress” in moving the long-stalled Westside project forward.

They said they have engaged KNLB, of Baltimore, as their retail broker and begun “aggressive marketing of the retail space within Lexington Square.”

While not yet signing a lease with a major tenant, “We have executed a Letter of Intent (LOI) and are currently negotiating a lease on the anchor tenant space,” according to the report.

In addition, “we have explored design revisions to accommodate a large-format anchor tenant.” In previous disclosures, the developers have said they were looking for “big-box” tenants for the block, such as Bed, Bath & Beyond.

Last week, John Smallwood, a spokesman for the group, told The Brew that the closing of the Best Buy store in the Inner Harbor “should not be viewed as a barometer for retailing in downtown Baltimore” and “the development of Lexington Square with 250,000 square feet of retail will provide Baltimore residents and office workers a true retail destination.”

Regarding the controversy over a suitable way to commemorate the 1955 civil rights sit-in at the former Read’s Drug Store building at Lexington and Howard Streets, the developer said:

“We have studied the feasibility of a number of commemoration concepts, including integration with the architecture of the Lexington Square project of a permanent feature to both depict visually and explain narratively the events that led through the Civil Rights Movement to the end of segregation in Baltimore’s commercial center.”

A panel has proposed to Mayor Rawlings-Blake installing a sculptural horizontal band, or frieze, on the wall of the Read’s building to commemorate the sit-in. The mayor has not yet publicly announced her plans for the site, which has inspired intense public interest.

If granted an extension through December, Lexington Square Partners said it intends to “secure all LOIs for the retail leases necessary to secure financing for the project, continue design development and engage with a general contractor for the construction of the project.”

By that time, demolition of the former Greyhound bus station on West Fayette Street should be completed. The city recently awarded the $1.2 million demolition contract to Potts & Callahan, with Brodie saying the vacant building was a public nuisance inhabited by homeless people.

Lexington Square Partners is headed by the Chera, Feil, Goodman and Nakash families. The first three families are active in Manhattan and Brooklyn real estate, while the Nakash family owns the clothing company Jordache.

They are joined by the Dawson Co., a black-owned company in Atlanta. The progress report was prepared by Bailey Pope, of the Dawson firm, and signed by Isaac Chera.