Key Baltimore city council-members yesterday applauded a bill to require audits of all city agencies every two years – then resolved to place the idea before voters in November in the form of an amendment to the city charter.

“It was a great outcome!” said Mary Alice Ernish, one of several citizens who testified at the packed hearing and seemed almost taken aback at the council’s quick action in support of pushing city government to better scrutinize spending.

But, asked if Mayor Stephanie Rawlings-Blake supports a charter amendment to mandate audits, a spokesman said the mayor does not consider one necessary.

“We already have in the charter all the authority needed to perform all the audits they want,” said Ryan O’Doherty, leaving city hall after a hearing on Councilman Carl Stokes’ bill before a packed audience.

O’Doherty said the mayor “fully supports regular audits of all city agencies” and went on to detail her efforts to improve the city’s auditing capability, including “working with the Comptroller to change the classification of those [city] auditor positions so they are more highly paid.”

It fell to city budget chief Andrew Kleine to represent the mayor’s position at yesterday’s hearing. He formally opposed Stokes’ bill, saying the audits would be “very costly.” 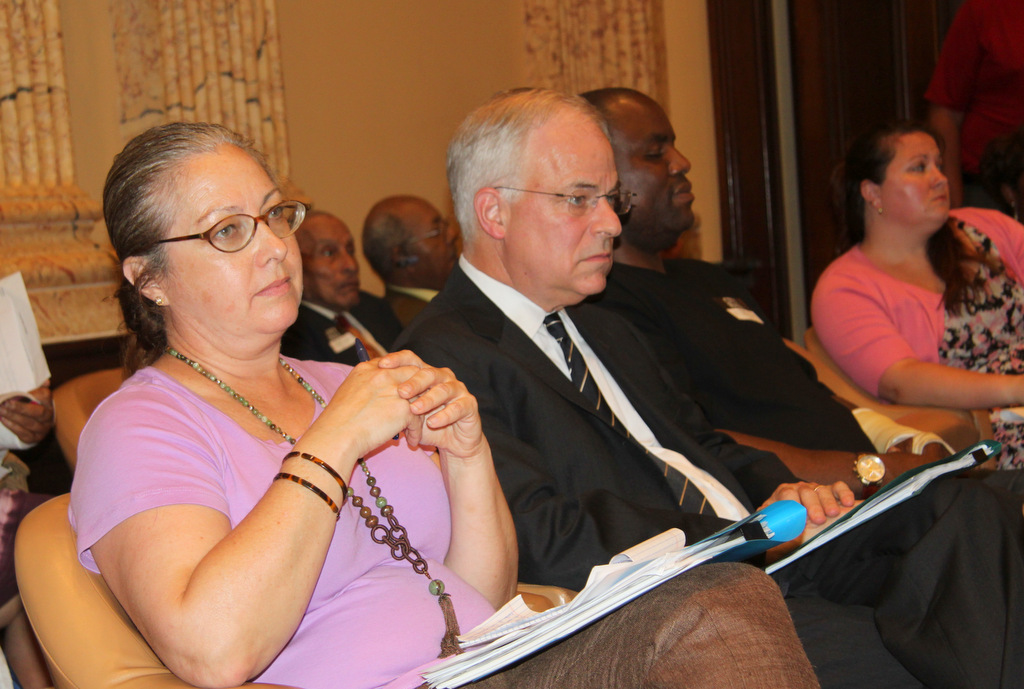 Stokes, meanwhile, said he does not believe the mayor’s approval is needed and that yesterday’s hearing sent a clear signal the bill would pass when it comes before the full council on Monday.

“You heard [City Council President Bernard C.] Jack Young coming out very forcefully” for it, Stokes said, after the meeting. “And of course, if it reaches the voters, it will pass.”

Stokes said an amendment to the charter is needed because the current language is too vague. The city comptroller, it reads, shall conduct audits of every municipal agency “at appropriate intervals.”

Those “intervals,” under recent mayoral administrations, have been allowed to stretch into decades, Stokes observed: “This has got to stop.”

“Voters Would be Appalled”

Riding a wave of public ire over the city’s bookkeeping practices – in the wake of recent reports of large scale water billing errors and questionable bidding and contracting practices – Stokes crafted a bill that calls for departments, boards, commissions and other entities to be audited every second fiscal year.

“Most voters would be appalled to know that some city agencies, apparently going back 40 years, have never been audited,” said Councilwoman Helen Holton, sitting as chair of the Committee on Budget and Appropriations.

The lack of regular auditing is especially concerning for citizens “when we’re closing recreation centers and pools,” said Stokes. (The 12th district councilman has been asking for an audit of the Department of Recreation and Parks amid cutbacks driven by what the administration says are tight finances.)

Some of the city’s most outspoken auditing advocates testified yesterday, including Ernish, who said she researched 25 other cities with populations of 600,000 or more – including Philadelphia, Los Angeles, Jacksonville, Boston, San Francisco and Washington D.C. – and found that “each of these cities audit annually.” 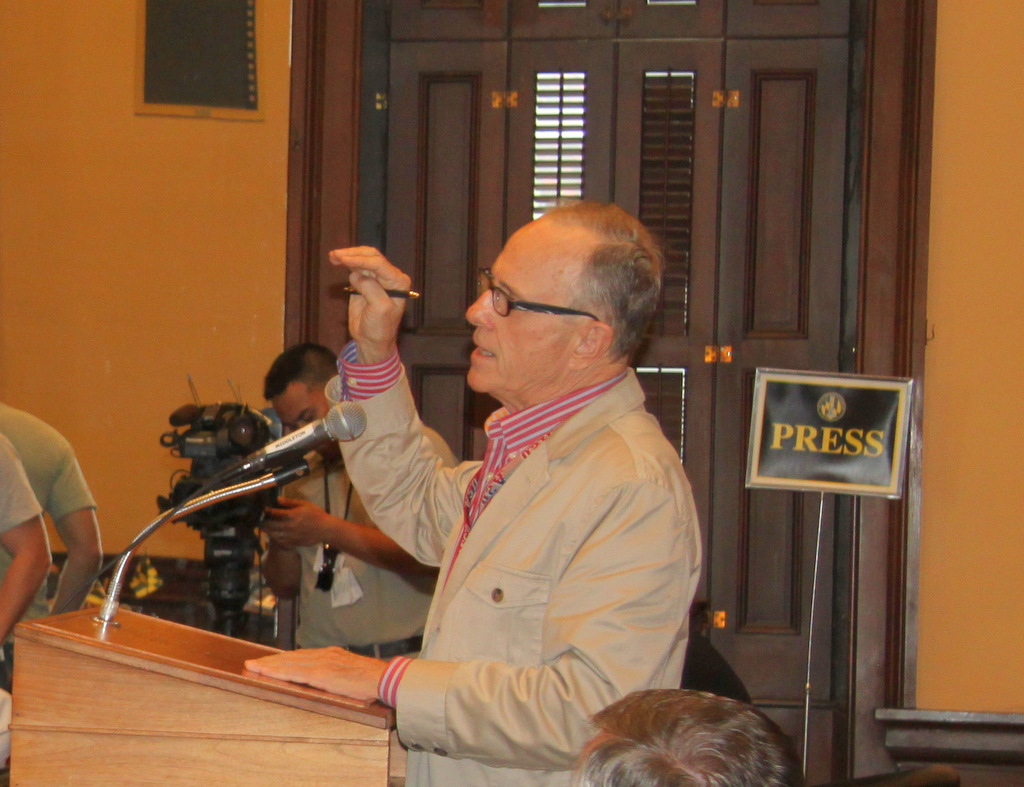 "The most delicious of all privileges," former Rec & Parks chief Chris Delaporte said, "is spending other peoples' money." (Photo by Fern Shen)

A former city director of the Department of Recreation and Parks, Chris Delaporte, said audits would make the civic conversation more collegial and productive.

Audits, he said, provide “a picture of the status quo, the DNA of the government.” Without these agreed-upon facts, he said “we have this constant conflict and argument – its just bad for us.” (Delaporte has written op-eds on The Brew, including one calling for a major overhaul of city auditing practices.)

Bolton Hill physician Neal Friedlander, whose civic roles have included member of the Board of Directors of the Maryland Institute College of Art, addressed councilmembers saying “I don’t understand how you can perform your duties.”

Another speaker, Donald Smith, echoed that sentiment, but in harsher terms. “We’re asking the city council to do your job or give up your job,” Smith said. “We feel broken-hearted, let down and knocked to the curb.”

Speaking for the city Department of Finance, Kleine said the administration was committed to improved auditing but that the bill’s cost “might outweigh its benefits,” in part because its requirements are “overly broad and unfocused.”

In a memo to the council, he said the Audit department does not have “the capacity to meet the requirements of the legislation.” The measure’s exact fiscal impact could not be determined, Kleine wrote, but “the annual cost of conducting even the most basic financial audits pursuant to the legislation could exceed $1 million.”

“Although the Department of Audits has some unused capacity – six funded auditor positions that are currently vacant – the scope of this legislation would likely necessitate significant additional funding,” he said in the memo. 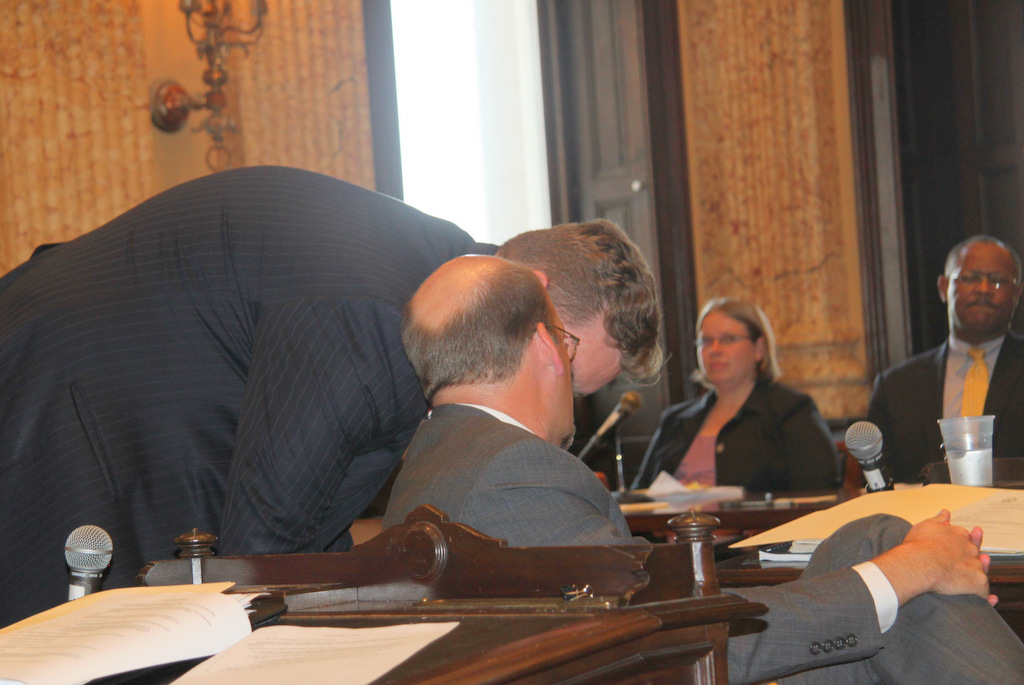 Councilmembers yesterday seized on that. “You’ve got money for six people and you don’t even have the positions filled?” asked Councilman James Kraft. “What’s your problem with filling them?” Councilwoman Mary Pat Clarke asked. “The reason is our payscale,” said City Auditor Robert L. McCarty.

“By the end of June we should have two of these positions filled and four of them offered,” McCarty said. In response to a question, he said that there are currently 33 auditors.

One other problem Kleine cited in his memo is the inability of individual agencies, boards and commissions to prepare for audits.

Most “do not prepare annual financial statements and lack the expertise to prepare these documents,” he wrote. “Financial statement preparation may be an additional cost related to the legislation.”