WEAA’s Marc Steiner did a show yesterday on the northeast Baltimore Royal Farms controversy The Brew wrote about this week. (This is the 74-parking-space 24-hour store and gas station proposed for the corner of Glenmore and Harford avenues.)

A few interesting tidbits emerged from the show and from additional reporting:

• Along with City Councilman Robert Curran, who supports the project, was another pro-store guest on the show, Keith Bunner, the treasurer of the Glenham-Belhar Community Association, the only neighborhood group that has voted in favor of the store.

At the end of the show, an angry caller asked why Bunner did not acknowledge that he works for Royal Farms. “Is this true?” Steiner asked him, clearly taken aback. Bunner said that yes, he had been a Royal Farms store manager.

• Another connection that popped up during the show: Anthony Ambridge, a former city councilman (1998-2001), called in to say that he is representing the building’s owner, Local 37 of the International Union of Operating Engineers, and that they do plan to sell.

• Yet one more connection emerged during a phone interview with Joe Oaks, president of the Glenham-Belhar Association. Oaks said the group’s board will meet on June 21st to decide whether to take a re-vote on the Royal Farms matter. Oaks confirmed that he is the brother of Maryland Del. Nathaniel T. Oaks.

• I asked Oaks when the next general meeting will be held: Aug 1, at 7 p.m. at Koinonia Baptist Church at 5738 Belair Rd.  (They’re always on the first Wednesday of the month, which in July is the July 4th holiday.)

• The parcel is zoned to allow a convenience store and technically the only feature requiring a conditional use is the gas pump. This was brought up on the Steiner show several times by Curran, who observed, “Royal Farms can go there by right. . . You want me to change the zoning?”

* Although Oriole owner Peter G. Angelos has not occupied office space in the building for several years, according to office staff for the attorney and Baltimore Orioles owner, his name remains prominently on the door of Local 37’s building. 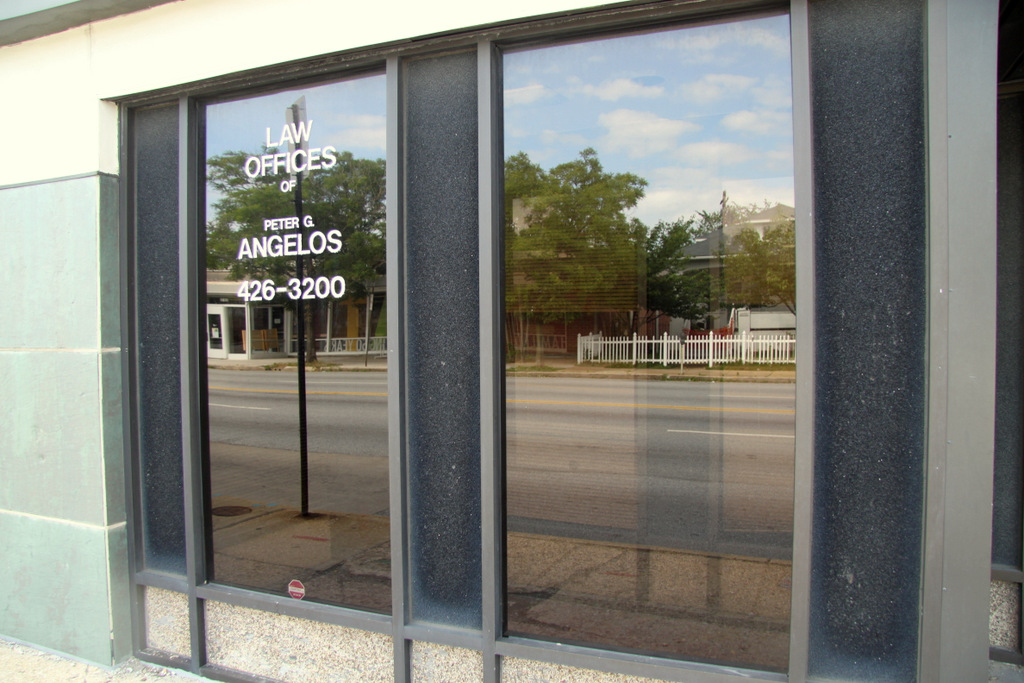 Peter Angelos’ name is still prominent on a front door at 5901 Harford Road, even though he hasn’t had an office there in years.