Even down on its knees, the Sparrows Point steel mill was an economic powerhouse for the Baltimore region.

The sprawling mill on the southeast edge of Baltimore harbor produced $1,492,098,714 in sales in the 12 months prior to its bankruptcy filing on May 31, court records show.

In addition to a direct payroll of 2,000 employees, hundreds of other jobs and tens of millions of local business revenues depended on the mill.

These ranged from stevedores employed by Kinder Morgan on the docks, handling bulk shipments of iron ore and coke from ocean carriers, to specialized repairers of electric motors in Baltimore to suppliers of hydrogen, oxygen and chemicals for various steelmaking processes.

As early as today, the fate of the mill (and its sister plant in Warren, Ohio) may come into closer focus as the deadline for a lead or “stalking horse” bidder approaches.

Under a last-minute deal last week, RG Steel management was granted an extra week by the U.S. Bankruptcy Court in Wilmington to identify a stalking horse.

Such a bidder would set a minimum price for the properties and kick off a two-week period to negotiate a sale before an August 23 auction. 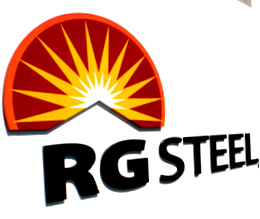 Bankrupt company’s fate still up in the air.

If a stalking horse is not identified, Sparrows Point, Warren or both mills are set to go on the auction block tomorrow at the law offices of Willkie Farr & Gallagher in Manhattan.

The key to the steel mills’ futures is whether the stalking horse bid or bids come from a legitimate manufacturing company or a demolition contractor.

About 18 groups reportedly filed the paperwork and put up a 2% cash deposit to bid on RG Steel’s properties.

The Brew reported, however, that only three groups appear as operators who would reopen all or part of Sparrows Point or Warren as going concerns. The rest are demolition companies and scrap dealers that would sell off the properties.

There are also reports that Ira Rennert, owner of RG Steel, is contemplating bidding on the Warren mill as a credit buyer, using his financial stake in the company as collateral for a purchase.

In papers filed with the bankruptcy court, the RG Steel group reports secured claims of $784 million, split between a bank consortium led by Wells Fargo Capital and General Electric, Cerberus Capital Management and Rennert’s Renco Group. There is an additional $100 million claim by Severstal North America disputed by Renco that’s now in the courts.

The company claims assets of $1.29 billion and liabilities of $1.05 billion.

However, most of the assets are the book value of machinery and furnaces now standing idle and may not fetch the price underlining the company’s claim.

Last week, RG Steel’s facilities in the Ohio Valley were auctioned off at fire-sale prices.