A line of steelworkers snaked around a block of Dundalk Avenue and as they climbed the steps to the union hall this afternoon, some seemed beaten-down and resigned, and others were furious.

More than 1,000 steelworkers came to the United Steelworkers (USW) Local 9477 hall to hear about the end of the union contract with RG Steel and the termination of health benefits and pensions on August 31, as the sprawling Sparrows Point mill is sold to a Chicago-based liquidating company.

“The Port Wants our Property”

Joe “Bubba” Morris was mad at public officials and the mainstream media for letting the steel jobs go away so casually.

“I believe the state just wants our property for the Port. To put 3,000 more cars on the ground. They’d just love that.” 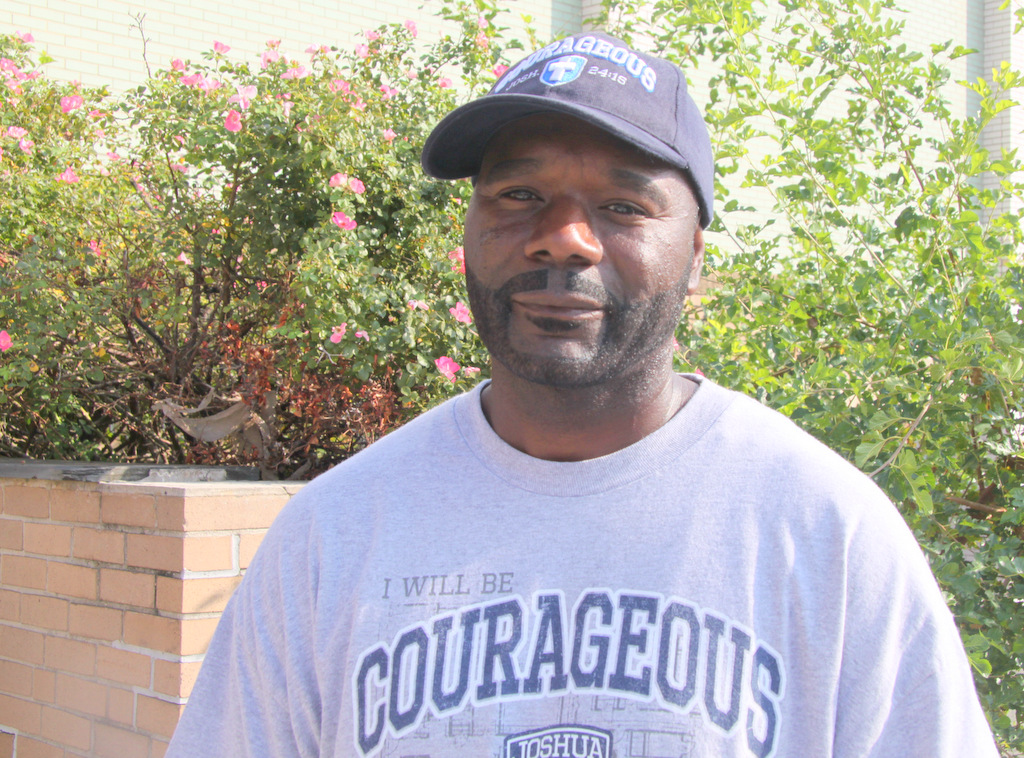 “They left us high and dry,” this 45-year-old steelworker said, complaining that members were given little information by the union or company. “We’ve all got families.” (Photo by Fern Shen)

Bob Jennings said he thought the mill’s collapse was inevitable, but he also felt Maryland’s political leaders could have tried harder to stop it.

“Thank Gov. O’Malley and [Baltimore Count Executive Kevin] Kamenetz. They could have done a lot more to prevent this,” said Jennings, 59, an ironworker who has worked at Sparrows since 1974.

“If I get an honest reference and my last paycheck, I’ll be happy,” added a bitter Michael Guercio, 46, who joined the ranks of 1,500 other steelworkers laid off from Baltimore’s one-time largest industrial employer.

A plumber who worked at Sparrows Point for 16 years, Guercio said he figures he’ll come out of whatever happens with some kind of income. 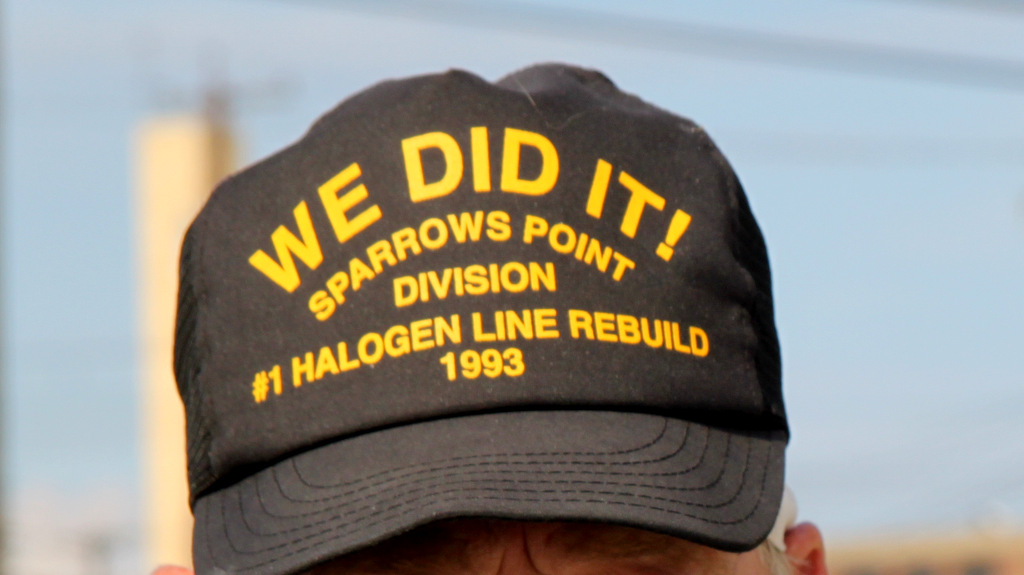 A retiree wears a cap honoring the rebuilding of the halogen tinplate facility years ago. (Photo by Fern Shen)

“Won’t be as a Union Member”

Even if a buyer comes along to restart steelmaking, he observed, chances are his budget will be tight. “If they call me back, it won’t be as a union member.”

The crowd was almost, but not completely, composed of men. Candace Maxwell, 55, who had worked in the coke ovens, was waving a flag and holding a sign that said, “Steelworkers stiffed by RG Steel.”

“It’s terrible what they’re doing to the steelworkers, taking their benefits,” said Maxwell, who said her husband also worked at the mill and died at 52 of asbestosis.

Region will be Impacted by Job Loss

“One hospital stay can cost these people their whole savings,” she said, noting that the impact of lost steel-mill jobs is spreading far beyond the workers and their families.

“It’s the whole economy of the Baltimore area, all the businesses. And it’s people they owe money to like my sister – they owe her $300,000,” Maxwell said. 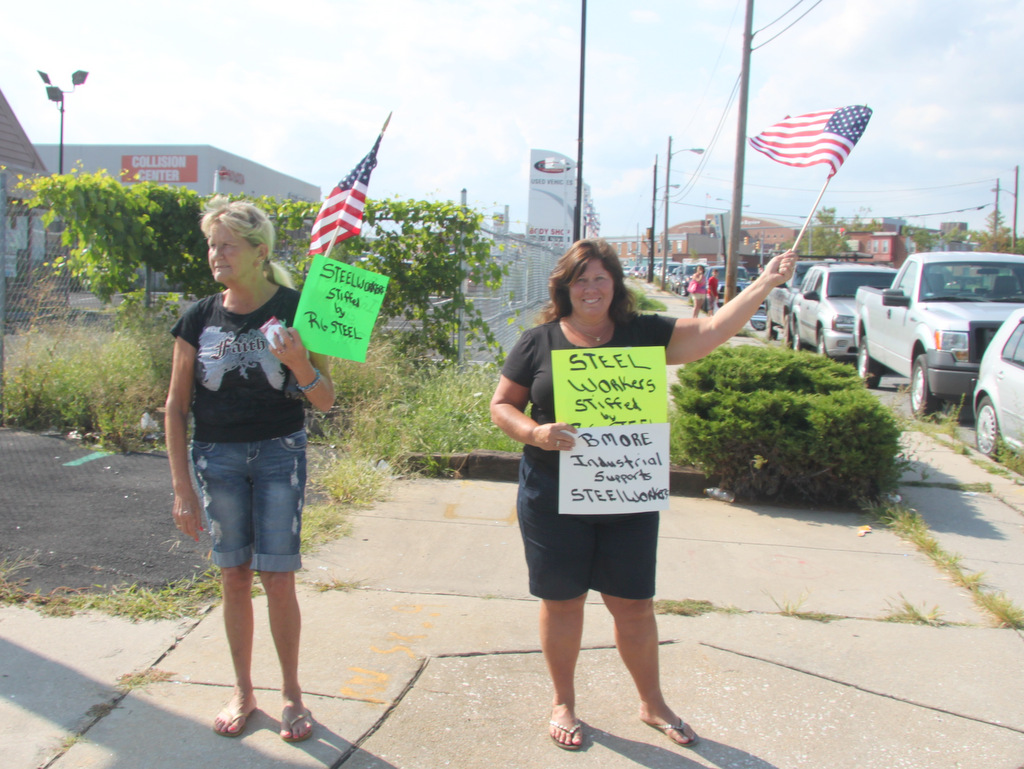 As for whether a buyer could ever be found to take over steelmaking – the Chicago liquidator, Hilco Industrial, said it might be willing to re-sell parts of the mill to an operating company – some steelworkers were optimistic.

But many were highly skeptical.

“This was like the 44th time it’s been sold,” said Lucky Stevenson. (Actually, the mill has been sold to five owners since Bethlehem Steel Corp. went bankrupt 11 years ago.)

“There’s not much left there,” said the crane operator, who has worked at the mill since 1967. “They’ve hit rock bottom.”

In keeping with his name, though, Stevenson said he was fortunate. “I’m old enough to retire. I can go out the back door. But the younger guys, they are going to find it’s kind of rough out there in this economy.”