Instead of a big street concert as in previous years, Baltimore’s third annual Frank Zappa Day festivities this weekend at the Highlandtown branch of the Pratt Library and at the American Visionary Arts Museum will be limited to movie screenings, forums, music provided by dj’s, proclamations and the like.

While the music of Baltimore native Frank Zappa is arguably the greatest cross-fertilization of highbrow and lowbrow influences the world has ever heard, the event organizers and Zappa Family Trust must have asked themselves whether performances such as The Flying Eyes doing “Willie the Pimp” were really how they wanted to carry on the legacy.

But the genie of musical inspiration cannot be kept in the bottle. Enter Mike Keneally, the universally praised guitarist and keyboardist (sometimes simultaneously) from Frank Zappa’s last band from the 1980s.

Keneally will be coming to town on Saturday Sept. 15,  Frank Zappa Day to perform at Orion Sound Studios in southwest Baltimore at 8 p.m. [Keneally wrote in to say he’ll be playing his own stuff, see comments.]

(As Brew readers know, Orion is a locally obscure but internationally renowned mecca for the recording of progressive rock that occasionally opens its doors to showcase the music.)

From FZ to XTC

Keneally has the talent and temperament to channel Zappa’s own musical vision, something Frank himself recognized. The Zappa quality is clearly discernible throughout Keneally’s vast body of recordings.

But this latest project was spawned by another famous rock genius, Andy Partidge of XTC. Keneally and Partridge have collaborated to compose an album of all new songs that sound more like XTC than anything since the band’s breakup over a decade ago.

To some extent, Andy Partridge’s XTC was the 1978 new-wave equivalent of Frank Zappa’s 1966 Mothers of Invention – brash, snotty and a sponge for musical influences. But while Zappa continually attracted and surrounded himself with an expanding army of like-minded musical collaborators (originally including Don Preston and Bunk Gardner and Mike Keneally much later), XTC was a case of attrition.

First, the keyboard player  Barry Andrews bolted. Then, when Andy Partridge could no longer tolerate performing live, the drummer Terry Chambers dropped out as well.

Mike Keneally has now taken up the Dave Gregory role in reviving the XTC sound, in addition to serving as the public persona for the reclusive Andy Partridge. While the songs sound uncannily like Partridge’s, he was totally absent from the production.

Longtime Keneally bandmate Rick Musallam also contributed and will perform at Orion, perhaps playing the part of XTC’s last survivor Colin Moulding. Mike also promises some songs from his past at Orion, more in keeping with his reputation as a Zappa apostle.

The Frank Zappa Day Kickoff Party at the Americna Visionary Art Museum Friday starts at 7 p.m. and includes an 8 p.m. screening of “The Amazing Mr. Bickford,” is a 57-minute film written, directed and produced by Frank Zappa.

The film “combines some of Zappa’s most revered and complex orchestrations with the dark surrealist, constantly evolving and often shocking clay animation of award-winning stop-motion animator Bruce Bickford,” according to the organizers’ release. 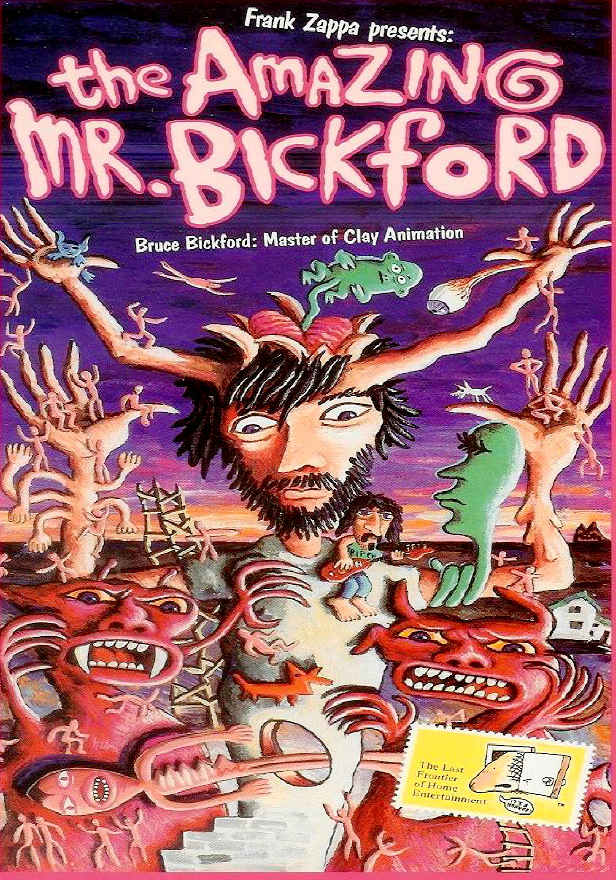 Orchestral pieces by Frank Zappa set to the claymation of Bruce Bickford, released in 1987. (themoviedb.org)

The party will feature an all-Zappa DJ before and after the screening, special guests, a cash bar, movie snacks, and more.

Proceeds (advance sales tickets are $10, and it’s $15 at the door) go to support the Frank Zappa Day Fund.