A legendary, beloved and incredibly old Baltimore tree fell over Monday night in mega-storm Sandy – the Osage orange in Druid Hill Park that is said to be possibly 400 years old.

Located on Greenspring Avenue near the (late lamented) Baltimore Zoo Reptile House, the big tree stretched sideways, recumbent and regal, as befits a city resident who was already well-established years before George Calvert and other English settlers appeared on the scene.

Made wobbly by the rain or pushed over by the wind, the tree fell across the road in the storm. Since then and major parts of it have been removed to allow cars to drive through.

According to this 2002 Baltimore City Paper article, the tree was already so august and remarkable-looking in 1860 when the park was being planned that it was left in place and the road made to curve sharply around it.

Jeff Ellis, of the Friends of Druid Hill Park, said the 400 year age estimate is approximate and opinions from tree experts vary. 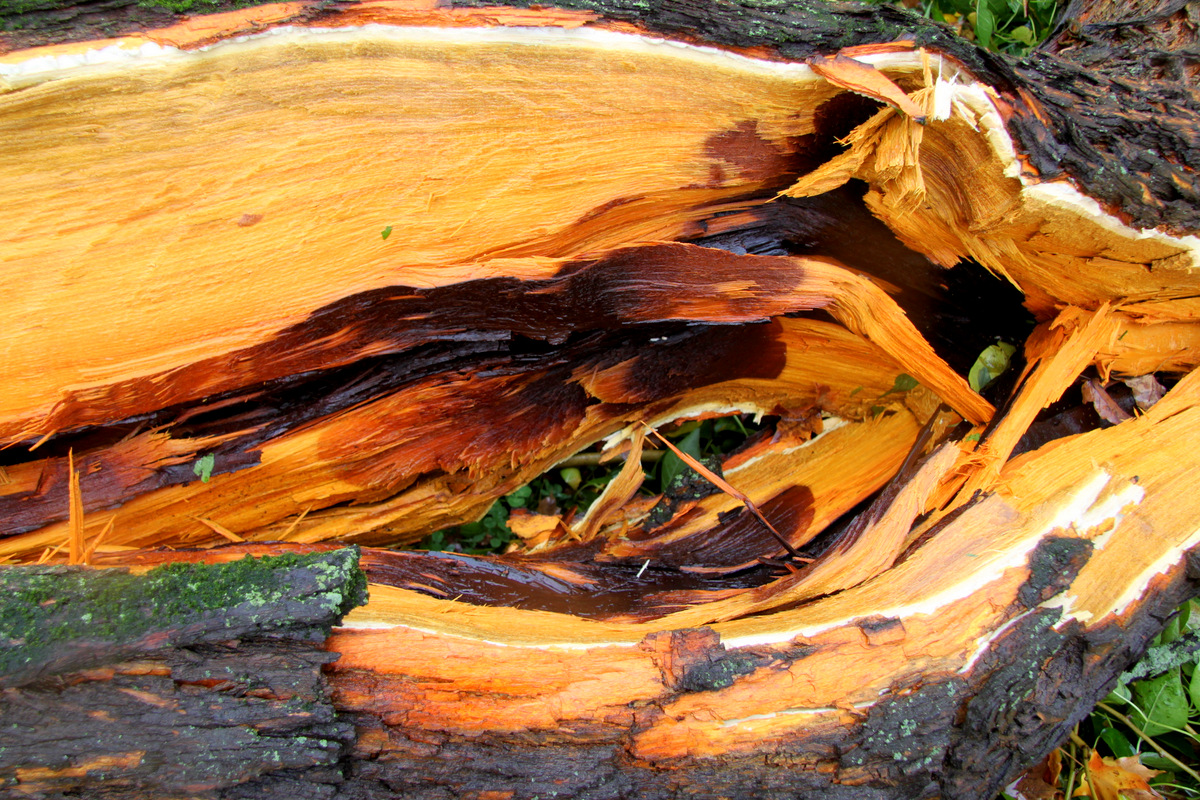 Where the Osage Orange split, it was bright . . . orange. (Photo by Fern Shen)

The name of the tree comes from the Osage tribe and the “orange” refers to the orange-peel aroma of the grapefruit-sized fruits. But the woody center of Maclura pomifera is also orange.

That startling color was on display yesterday in the Druid Hill Park specimen in the places where its trunk had been violently split apart. (Indians used the fine-grained wood for bows. Farmers used the gnarly-limbed species as a living cattle fence.)

On the Friends of Druid Hill Park Facebook page, people have been sharing their sadness and fond memories of the four-century-old behemoth that was a north Baltimore landmark.

“That tree had a good life and made many people smile during its long life! 3 cheers for the osage orange!”

“I wanted to walk up there but it would be too sad.”

“Perhaps we could re-plant?”

“Can you save clippings?”

As for this last, I’d say That’s history! 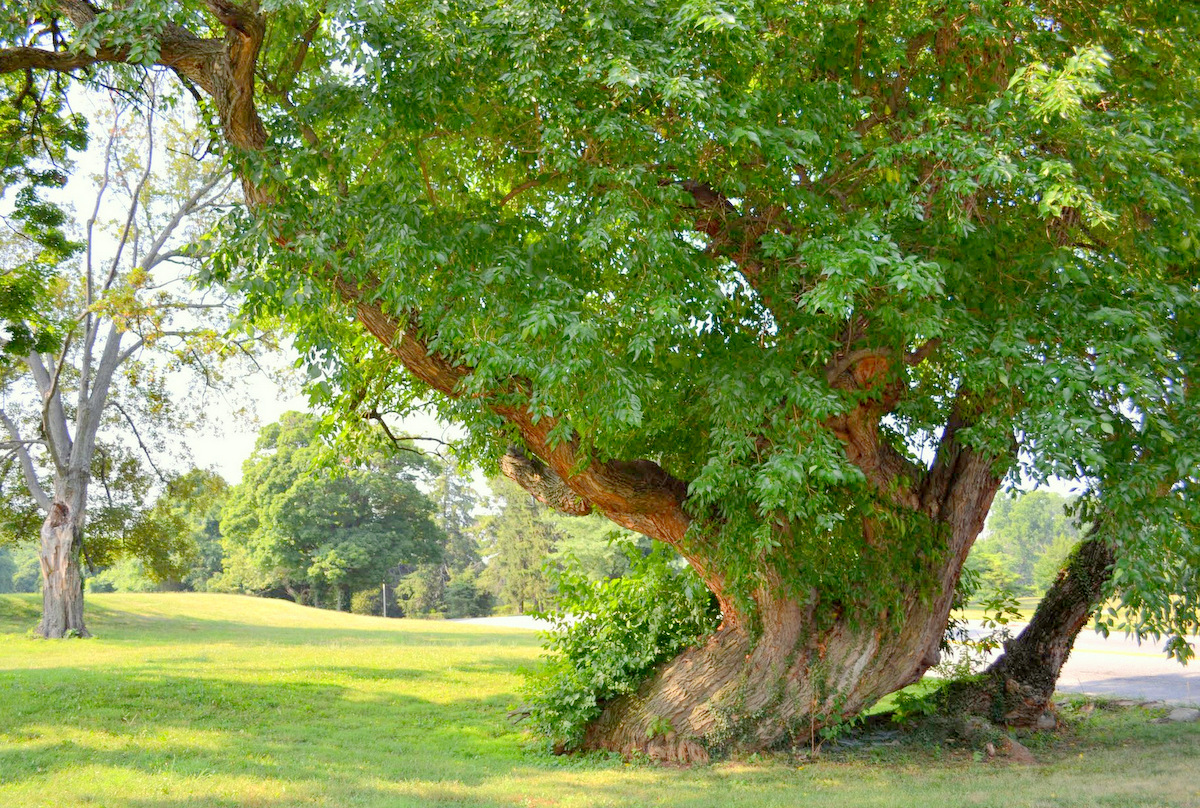 Ah now, we hear via Anne Draddy that the city has put some caution tape around the tree remains and has plans for them. Here’s what Draddy, author of “Druid Hill Park: the heart of Historic Baltimore” told us via email:

“I also spoke to the City Arborist, Erik Dihle. City Forestry has put caution tape around the tree and plan to make table tops and other items out of the wood. It will be ‘repurposed’ as much as possible<" she wrote. "We are thinking of having a ceremony around it as well." She said in her research she found a reference to it being more than 350 years-old but still considered its loss, whether or not it's fully four centuries old, "heart-breaking." "Trees, as you likely know, are the largest and oldest living things on the planet," she wrote. "It’s very sad to lose a great one."