How easy it is to forget.

Two thirds of the way through a City Council hearing today, in which everyone praised a plan to establish an African American Civil Rights Historic Commission, Louis C. Fields offered a rude reminder – this movie has been seen before.

About 13 years ago, Fields said, the City Council passed a nearly identical resolution to establish an African American historic commission – “and the commission never did anything.”

The awkward moment passed fairly quickly as the Council took other testimony and committee chairman James Kraft mused that the body was sometimes accused of being commission-creation-happy.

But this panel, Kraft vowed, would be different. State delegate Keiffer J. Mitchell Jr. (44th) got up and pledged to help get state funding for the commission, and City Council President Bernard C. “Jack” Young said he would press for a matching city grant.

The irony was that Mitchell and Young – as well as the bill’s lead sponsor, Mary Pat Clarke – were all members of the City Council in 1998 when the “Commission to Preserve and Promote African-American Cultural and Historical Sites and Records” was unanimously approved. 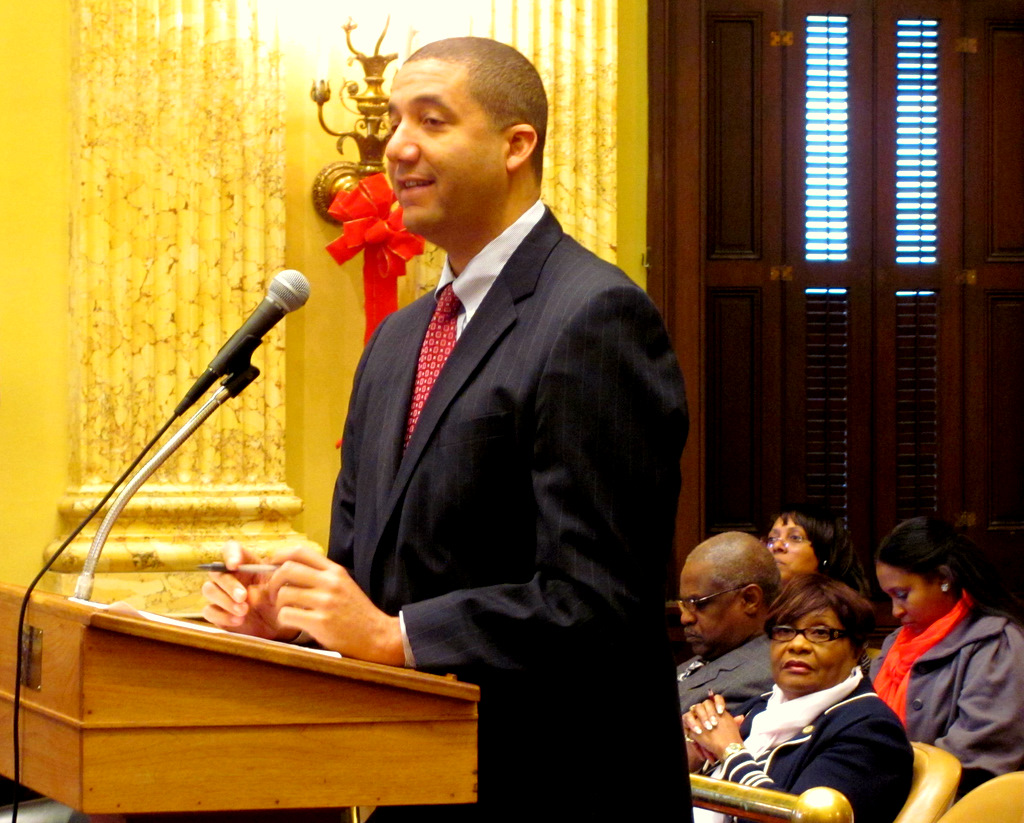 This fact went unacknowledged (except by Fields) at today’s hearing, but was later confirmed by Legislative Reference.

There is no record of the fate of the 1998 commission, which was to gather the mayor’s office, the NAACP, Baltimore Development Corporation (BDC) and others to develop plans for a historic site and record-collection.

The commission apparently fell into the dustbin of City Hall history when Martin O’Malley swept into office in December 1999, replacing Mayor Kurt Schmoke, who signed the resolution creating the commission on May 14, 1998.

Will This Commission Be Different?

Today’s plan to “preserve, link and promote” the history of the civil rights struggle in Baltimore through a new commission will need more than fine words to accomplish its goals.

After listening to the testimony, Councilwoman Clarke said a capital funding campaign could be one approach to funding the panel. She noted that historic buildings that played important roles in local African American history often “look as if nobody cares.”

Rev. Alvin C. Hathaway, of Union Baptist Church, said, “We’re losing our civil rights memory,” and noted that Rev. Martin Luther King came to Baltimore to learn about peaceful protests against segregation, which he carried back to the South.

Helena Hicks, who participated in a successful 1955 protest against segregated lunch counters at Read’s Drug Stores, said, “I have such mixed feelings” about a commission because it may prove a bust by not focusing on the task of collecting a written body of history about the local movement.

“We have to do this very carefully,” she said, by hiring quality staff to compile solid information. She and others emphasized that students in Baltimore city schools need to be taught about the systematic discrimination that took decades to overcome.

Louis Fields, who is president of the Baltimore African American Tourism Council, said visitors to the city want “authentic history” about the black experience, but often complain to him that historic sites are in rundown parts of the city, such as the Great Blacks in Wax Museum on East North Avenue.