If you know anything about Donnie Andrews, who died last Friday of heart problems in New York, it’s probably colored by the fictional character Donnie inspired: Omar Little from “The Wire,” the thief who terrorized drug dealers.

But having spent well over a year with the real-life Donnie as co-author on his memoir – the narrative of a brutal life, in the end redeemed – I found myself reflecting on the endless hours we spent together when I heard the news last Friday.

Donnie left behind his wife, Fran Boyd, one of the wisest women I have ever met, and a family that embraced him when he was released from prison 18 years after he committed murder on Gold Street in West Baltimore.

Donnie also left behind an unbelievable story of the detective who arrested him (Ed Burns), the federal prosecutor who imprisoned him (Charlie Scheeler) and the reporter who chronicled his life (David Simon). Today, each will gladly tell you they counted Donnie among their dearest friends. 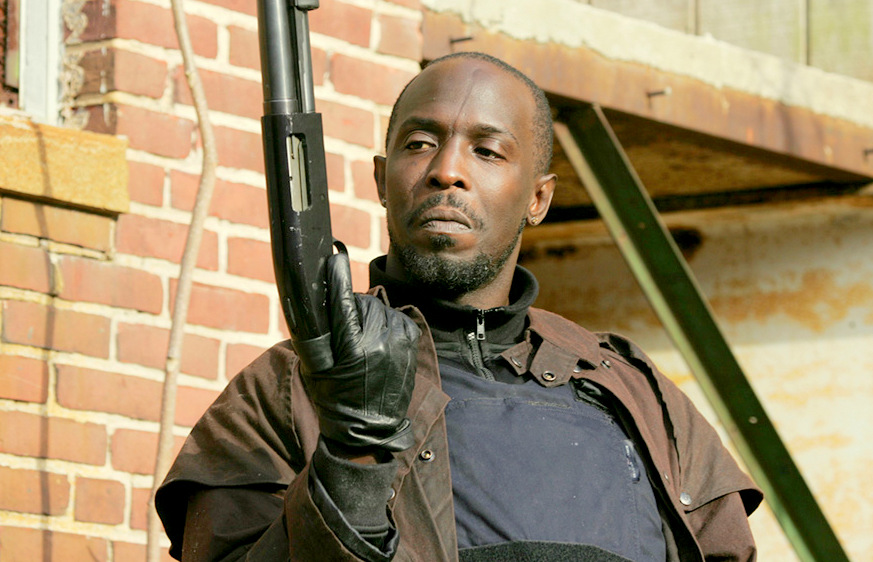 While Donnie was in prison he counseled Fran long distance to get off heroin, as her life was being chronicled by Simon and Burns in their book, “The Corner.”

From there Donnie’s story was entwined with Fran’s and it was as much a story of redemption as it was a love story.

I spent long hours with Donnie in 2008 and 2009 co-authoring his memoir, until our HarperCollins/Amistad editor fired me, unhappy with the chapters I was producing after these sessions.

But for those many months I was offered a window into the life of a man who seemed so unrepentant for so long that it would take decades for a tiny kernel of conscience rolling around inside him to surface.

The stories he told me did not come easily, as there had been much pain in his life before he experienced any joy.

What He Saw, What He Did

I used to drive to Donnie’s Parkville home a few times a week and sit in his dining room, going over every aspect of his life that he would share with me. 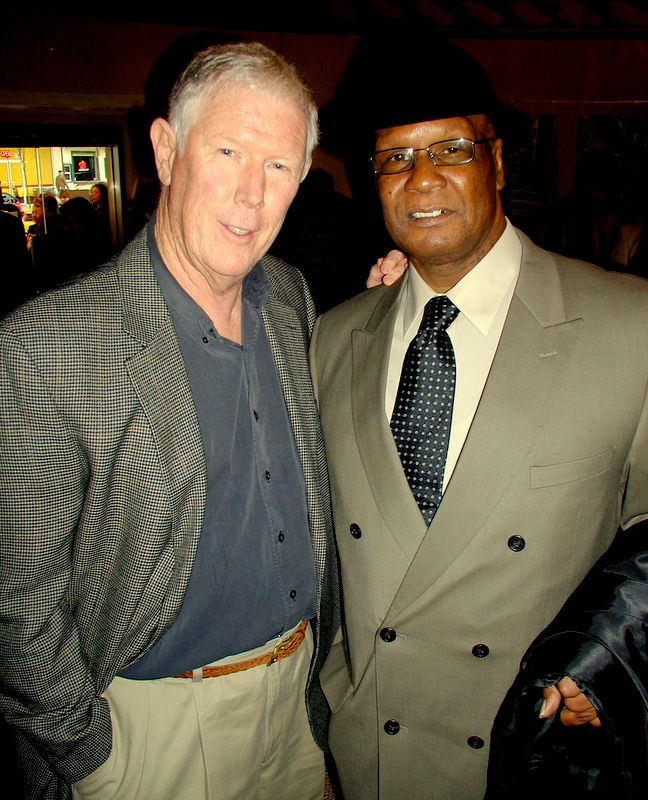 Donnie Andrews with Ed Burns, the Baltimore homicide detective who arrested him and later lobbied for his release. (Photo by Bill Barry)

Fran had warned me that there were some incidents in Donnie’s life that were still raw and unresolved.

I could barely get him to tell me, for example, about his first wife who relocated after his arrest so she could visit him in his out-of-state federal prison. She was later murdered.

I could never get him to talk about his jump from a balcony at the Murphy Homes public housing project in West Baltimore.

I wanted to write about the real-life leap that was dramatically fictionalized in HBO’s “The Wire” by the Omar character. I wondered what else happened that day he jumped that kept him just shaking his head ‘no’ at me, without a word of explanation.

But there were many other stories that he seemed more than willing to tell in the minutest detail, like the murder he witnessed at the age of nine with his younger brother in a laundromat when their mother sent them to wash clothes in the middle of the night.

Or the touching memories of his sister Hazel, who was more of a mother to him than the woman who gave him birth.

Or the story of the murder he committed, a gory tale fraught with “what-ifs” that might have kept him from pulling the trigger that night in 1986.

With Donnie, I never knew what I would get when I knocked on his door. He might greet me with a welcoming grin, a look of annoyance, or complete silence. Once he was so irritated by my interruptions for details of his story that he let me know without a hint of tact that as a journalist I was certainly no David Simon.

“David never interrupted me,” he said. “He just let me talk.”

There were days, usually after a pep talk from Fran urging him to answer my questions, when he would stay up all night painstakingly conjuring an episode from his early life.

When I’d check my email in the morning I’d find one or two typed pages, the result of six or eight hours of soul searching late into the night.

Maybe it was about the death of his sister from a botched blood transfusion, or the death of his best friend, who collapsed in his arms, bleeding from a gunshot. Or the time he and his brother, Kent, were serving time in side-by-side Hagerstown prisons. Their mother visited Kent and left him money, but she didn’t bother to see Donnie.

Donnie’s story was a labyrinth of complications you might expect from a wretched life turning an about face. His early life stories of parental neglect, drug dealing and gun wielding had a cast of characters that were both deadly and comical. The old print-out of his rap sheet was several feet long.

I kept three timelines of his life: a general one that ran 22 pages, a second of seven pages just of his parole attempts from federal prison and the last – just three pages – on his 11-year courtship with Fran while he was in prison.

From what he told me, he had few epiphanies. His decision to transform his life came over many years, even decades.

A Single Garment of Destiny

As a young man spending time in Maryland prisons, he read the speeches of Martin Luther King Jr. and the works of other writers. He said the reading was crucial to maintaining his sanity in prison. But King’s message of peace had no immediate effect on his continued life of violence.

When he finally turned his life around, he embraced his new role with gusto.

He worked with young prisoners and, upon his release, established programs to lure kids out of the kind of life he once led. And most important, he led a life as a dedicated husband and father to Fran’s nieces and nephew and her grandson.

After his death Friday, I reread one of Donnie’s favorite King speeches:

I also came across a speech I heard Donnie give, years after his release from prison, to a school for juvenile delinquents.

“I’m 55 years old and spent 28 years in prison,” he told a packed cafeteria of stone-faced teenagers. “I took a life. I did a lot of things to a lot of people who looked like me. I did things against my own people: My sons, my daughters, my community. The neighborhood is now boarded up, destroyed because of what I did.”

With his conscience now miraculously in full bloom, he finally found redemption and embraced the message from King: Donnie and those troubled kids – and their entire world – were tied together in a “single garment of destiny.”