Frosh and the other lawmakers were also frank about what had emboldened them – “a sea change” in U.S. public opinion on the issue, following the recent massacre of 26 people, including 20 first graders, by a lone gunman carrying a semi-automatic weapon.

Before the latest tragedy, politicians were afraid to support gun control legislation for fear of what would happen to them at election time, said Sen. Jamie Raskin, another Montgomery County Democrat.

“Now, politicians are afraid of what’s going to happen to them if they don’t act,” Raskin said, during a news conference held at the Diocesan Conference Center at the Episcopal Cathedral of the Incarnation in North Baltimore.

“I think when people see schoolchildren slaughtered they get the message that things have to change,” said Frosh, chairman of the Senate Judicial Proceedings Committee.

Frosh and the others at the press event said they would push for passage of four pieces of gun control legislation during the upcoming legislative session, including a ban on assault weapons such as the Bushmaster semiautomatic rifle used by Newtown, Connecticut shooter Adam Lanza.

Raskin, who last year sponsored a bill banning “military-style assault weapons” – and never succeeded in getting it out of either legislative chamber – vowed to bring it back. “The streets of Baltimore should not be treated under our gun laws like a battlefield in Iraq or Afghanistan,” Raskin said.

Frosh, said he would re-introduce a measure to strengthen the authority of the Maryland State Police to inspect the inventory of gun dealers, a responsibility that now rests with the federal Bureau of Alcohol, Tobacco, Firearms and Explosives, which he said is overwhelmed by the task. 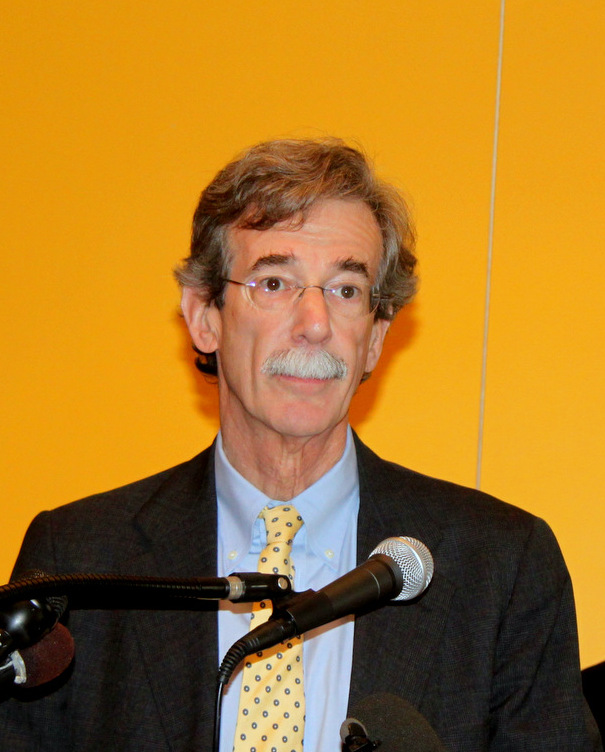 He noted an ATF report that, between 2008 and 2010, 62,000 guns were missing from the inventory” of U.S. gun dealers and likely winding up in the hands of criminals.

“That number is actually probably far greater because the ATF only inspects 1 out of 5 shops,” Frosh said.

Baltimore Senator William C. Ferguson IV discussed a measure he is proposing to add new requirements for those seeking a handgun permit, anticipating the possible impact of a March U.S. District Court ruling that found Maryland’s current restrictions unconstitutional.  (The state has appealed that ruling.)

Under Ferguson’s measure, pending felony charges or dishonorable military discharge could disqualify an applicant. Applicants would have to complete a firearms training class and would be barred from having their handguns in a number of locations including  churches, bars, schools, libraries, movie theaters and youth centers.

“This madness must stop,” he said.

Another bill, being proposed by Sen. Lisa A. Gladden, would reduce the maximum allowable capacity for ammunition in detachable magazines from 20 to 10.

Baltimore Mayor Stephanie Rawlings-Blake said she spoke “as a mother and as mayor” in supporting President Obama’s call for stronger gun laws. “The grief of the families of Newtown is similar to the grief of families in Baltimore who have also suffered from gun violence,” she said.

“Our first priority in Baltimore is to build support for laws that address access to illegal guns and assault weapons,” she said, but spoke most enthusiastically about Frosh’s bill to heighten the State Police’s authority over gun dealers’ record-keeping.

“Among the many pieces of legislation, there is one bill that deserves our full support. It was introduced by Senator Brian Frosh last year as Senate Bill 512, and my administration strongly supported it,” she said. 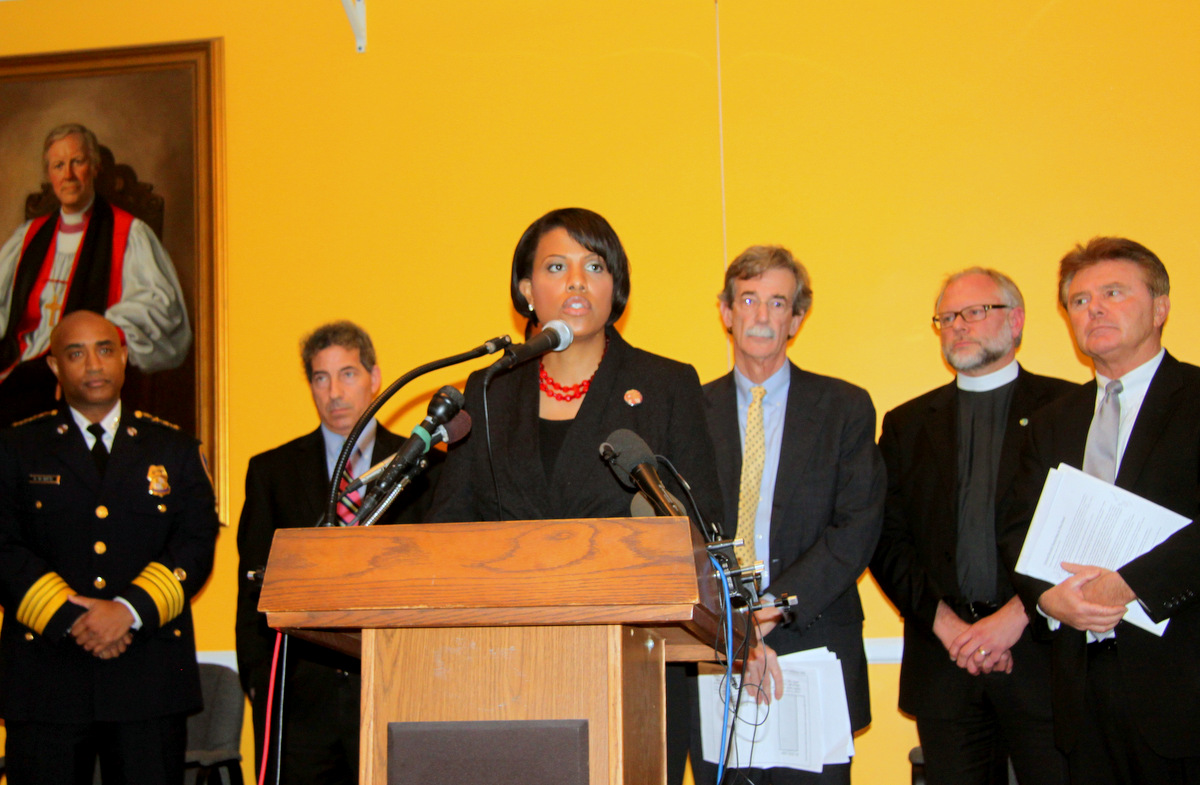 Asked by a reporter whether she supported the idea of allowing school personnel to carry firearms, she dismissed the idea with ease: “I don’t see how that would make students safer.”

But a two-part question, about whether there are any city investments in companies that manufacture guns and whether the city is considering divestiture, as some jurisdictions have, seemed to throw her. She told the reporter sharply that it was only “appropriate” for her to answer the first question and that she did not know if the city had any such investments.

Montgomery County State’s Attorney John McCarthy noted, as most of the speakers did, that no one measure would end gun violence. “But we must do what we can to reduce the lethal ability of people to kill,” he said. Referring to the assault weapons ban, which was allowed to expire during the Bush administration, he said “we need to go back to doing what we knew made sense.”

McCarthy mentioned legislation that was not cited by the others yesterday – “a ban on armor-piercing bullets. . .cop-killer bullets” – and said “I am very hopeful that becomes part of the package.”

Other speakers at the event included Rabbi Ron Shulman of Chizuk Amuno Congregation, president of the Baltimore Jewish Council, Imam Earl El-Amin of the Muslim Community Cultural Center of Baltimore; and state Del. Samuel I. “Sandy” Rosenberg, a Baltimore Democrat.

In his remarks as host for the event, Rev. Hal T. Ley Hayek, dean of the Episcopal Cathedral of the Incarnation, noted that a secretary at his church had previously lived in Newtown and sent her child to the Sandy Hook Elementary School.

“She is up there now, helping with the funeral arrangements.”