When City Councilman Bobby Curran tells us that his black-and-yellow varsity letterman jacket is the only one in the world to have the Baltimore City Seal emblazoned on its backside, we are inclined to believe him.

For Bob is not only a repository of facts and folklore about local civics (“I’m a political junkie”), but also a living, breathing symbol of its culture.

He’s a Curran, in short, a family synonymous with Baltimore politics.

There’s been a Curran holding a seat in the same northeast district of the City Council (with a brief interregnum) since 1953.

Between his dad, J. Joseph Curran Sr., his brother Martin E. “Mike” Curran and Bob, the family’s tenure on the City Council will stretch across six decades in the new year. And Bobby’s current term – his fifth – won’t be over until December 2016.

Back in 1953, when Bobby was 3 years old and his dad was appointed to the Council following the death of Sam DeWees (there’s a rec center named after him), Baltimore was ruled by political clubs and family dynasties.

On the Westside, Irv Kovens pulled strings from the back room of his furniture store, while Victorine Q. Adams was making headway in the world of white-only “b’hoys” with her Colored Women’s Democratic Campaign Council.

All of these organizations are now defunct, the families and bosses associated with them ancient history. All but the Currans.

The Currans have blossomed like April tulips since their low ebb in 1959 when Joe Sr. was thrown under the bus (or in those days, a trolley) by Kovens and confederates Irving “Tubby” Schwartz and Philip Goodman, only to return triumphant to the Council in 1963.

These internecine struggles among city Democrats were dubbed “donnybrooks” and were covered with great gusto by the old Evening Sun and News-American.

A Curran has never lost a local city election since.

Mike reigned for 22 years, then handed over the keys to Bobby.

History’s great political families were known to hand down their dynastic powers through grand civic processions and bejeweled swords, but, hey, this was Baltimore. Bobby simply got the letterman jacket with the city’s seal from Mike after he won the 1995 Democratic primary. 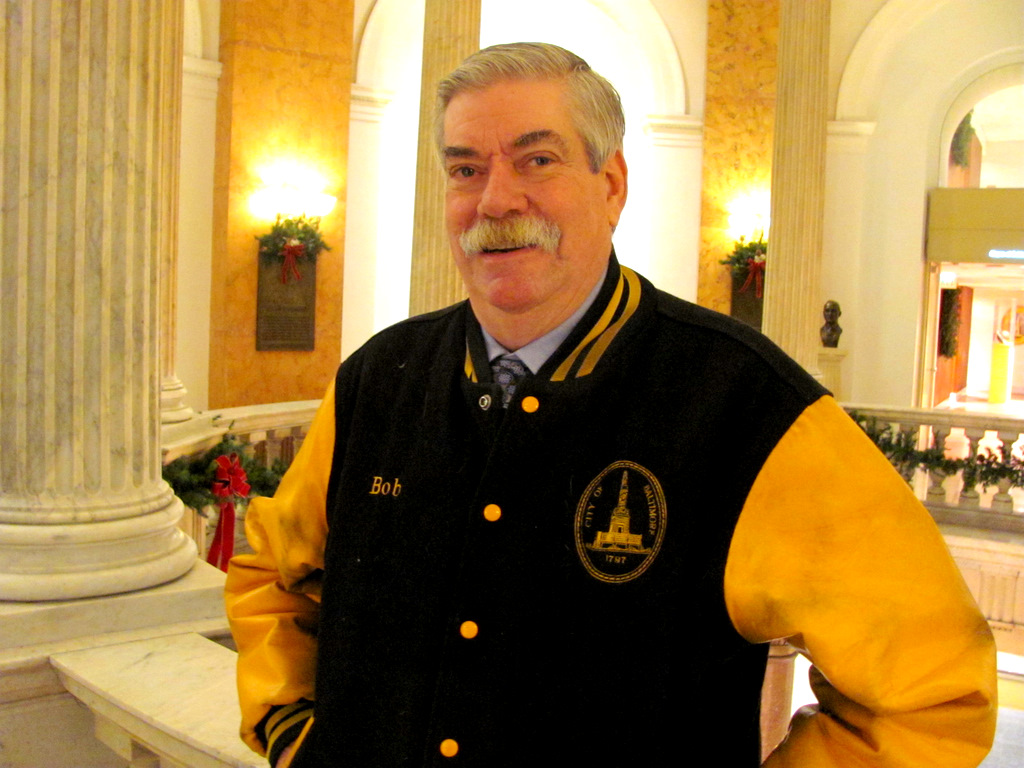 Bob was three years old when the first Curran ascended to the City Council. (Mark Reutter)

When a Curran met an O’Malley

Before and after this time, Bobby’s older brother, Joe Jr., was solidifying the family’s future by serving in the House of Delegates and Maryland Senate, followed by stints as lieutenant governor and Maryland attorney general.

Joe Jr.’s political drive rubbed off on his youngest daughter, Catherine “Katie” Curran, who fell in love in law school with a winsome lad from Montgomery County who quickly embraced the Curran clan (as well as Katie).

After two terms on the City Council, O’Malley summoned up the luck of the Irish – bolstered by black bosslets like “Pete” Rawlings, father of the current mayor – to start his upward trajectory as two-term mayor of Baltimore, followed by his occupancy of the governor’s mansion in Annapolis.

At present, Katie is both Maryland’s First Lady and a Baltimore City District Court judge. Martin, of course, has his restless, blue-flecked eyes focused on the White House.

That leaves Bobby to watch over the family business at City Hall. A cheerful, back-slapping, fag-puffing gent who wears his power lightly under a black-and-yellow varsity letterman jacket.