Johns Hopkins University’s plans for a long-vacant lot in the heart of Charles Village moved ahead yesterday with the announcement of their choice to lead the mixed-use project.

University officials say they will begin a dialogue with campus and community stakeholders about what shape the project should take, but it seems clear that at this point, they envision something that’s more “Harbor East” than “student union.”

“We aspire to have Charles Village be a great node of activity with restaurants and retail that draws people from all over North Baltimore – from Roland Park, Hampden, Guilford, Hampden, Waverly, Station North,” said Alan Fish, vice president of real estate and campus services.

In a phone interview with The Brew, Fish said the proposed “St. Paul Street Project in Charles Village” will definitely include garage parking but beyond that, the mix “is to be determined by what can work best in the market, what will jump-start the neighborhood.”

“A grocery, a limited-use hotel, other kinds of housing, offices” and other options are all on the table, Fish said.

The hotel idea is something of a flashpoint. Floated by university officials last fall, it was blasted by some students, who argued in an editorial in the Johns Hopkins News-Letter that it would “have nothing to do with students and their quality of life.”

The writer observed that “a hotel serves the purpose of housing people who don’t live in Baltimore” and argued that a supermarket or student union at the site would better promote the “thriving college town” scene that the school has always lacked. 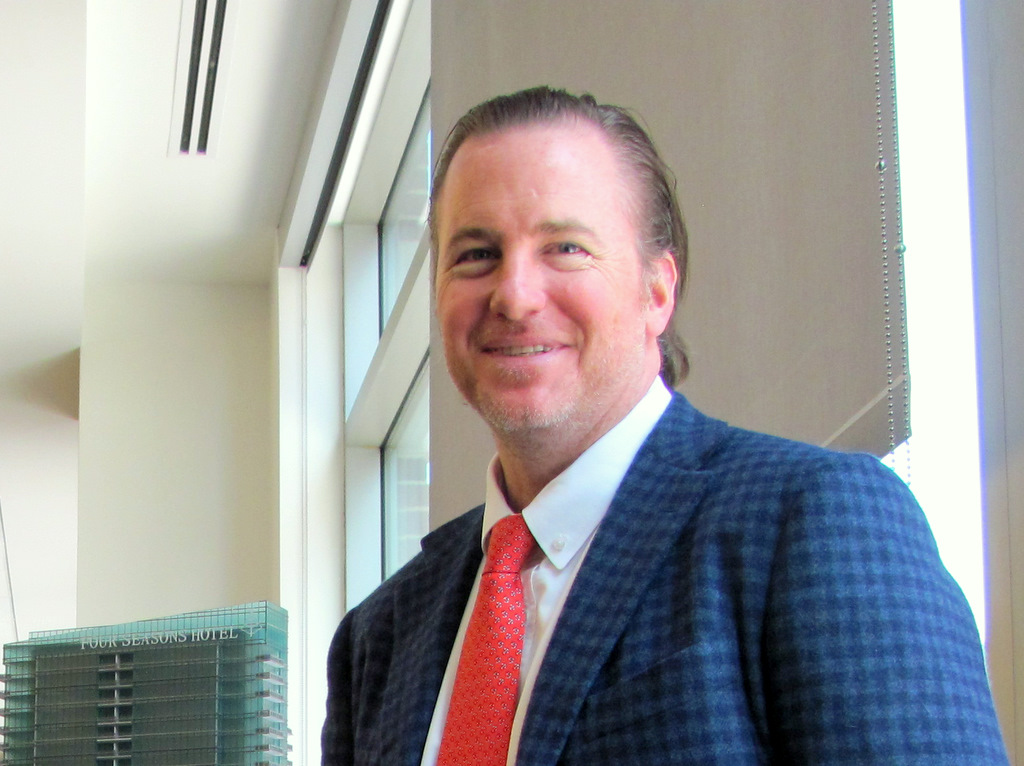 Fish said Hopkins sees the new buildings facing Charles Street, like the Brody Learning Commons and the Mattin Center, as the focus of student life, while the St. Paul Street side is more appropriate as an interface with the surrounding community.

Enhancing the campus’ east side would benefit the university as well as its neighbors, Fish argued: “A lot of students and staff live in Charles Village.”

There’s a long history of debate over how upscale the development should be, ever since Struever Bros. Eccles and Rouse proposed to build “The Olmsted,” a 12-story building with $700,000-a-unit condominiums for a “College Town” redevelopment.

The Olmsted was to follow two other pieces of Struever-led revitalization in the area – Hopkins’ Charles Commons student housing (with its Barnes & Noble bookstore anchor) and Village Lofts, the condominium building with ground floor retail across St. Paul Street.

But the Olmsted lot remained empty as the economy tanked and neighbors faulted the project for aiming for too high-end a demographic, eventually leaving the corner with a gaping hole.

In 2007, Struever announced he was scaling back the concept to market rate apartments. Then in 2009, as Struever’s company collapsed amid unfinished projects and lawsuits, Hopkins purchased site for $12.5 million and banked the land for future use.

Surrounded by a chain link fence (breached by guerrilla picnickers in 2011 and more recently used for a university pedestrian safety campaign), the Olmsted lot will get at least one enhancement this spring.

Fish said that until the larger project moves forward, 50 metered city parking spaces will be created along Lovegrove, the alley between St. Paul and Charles.

“Last fall, the city approached us and asked if they could use part of the lot for parking,” Fish said. Meanwhile, he said, project planning will proceed, led by the Armada Hoffler team, which includes Beatty’s group and Skye Hospitality, a Maryland-based hotel company.

As president of the Harbor East Companies since 1995, Beatty spearheaded the construction of ritzy Harbor East from vacant factories and rail yards, aided by the capital and political clout of H&S Bakery magnate John Paterakis.

Asked today what best would fill the current vacant space, some Hopkins seniors dwelled on the retail possibilities.

“They should do it like that, but with different stores. Like, we need a CVS!” Susan Fallon said, pointing toward the Village Lofts building on St. Paul Street, with its Verizon store, Coldstone Creamery, Chipotle, etc.

Asked about whether a good use might be dormitories for juniors and seniors, who typically live off campus, the students said most classmates are turned off by the atmosphere in Hopkins dormitories and now prefer nearby houses and apartments.

“I would not want to deal with RA’s and all that,” Townsley said.

Too many restrictions on drinking and other behavior and limited food choices make dorm life unappealing, the girls (and another senior, Sal Rizzo) agreed.

“If there had been a tradition of student housing when I got here and everybody lived in them I might consider it,” Fallon said. “But pretty much by sophomore year, people are ready to live off campus.”

Gautam Sikka, a post-doctoral fellow in vascular pathology, said he thought a hotel “might provide more jobs for students” and others in the area. Kiru Wolde, also a graduate student, said the development would bring traffic congestion and pollution, but that visiting parents might like a hotel there.

Then Sikka looked over to the grassy green lot and had an idea they both seemed to like best: “A baseball field! Or cricket!”