The people who staff the griddles, beer taps and cash registers at Baltimore-Washington International Thurgood Marshall Airport rallied there yesterday, complaining of low wages, inadequate access to benefits and lack of job security.

Chanting “Yes we can!” and “We’ll be back!” they delivered a “Bill of Rights” to the airport offices of concessions manager AirMall USA.

“I’m just here because I think we need to stand up for our rights. I hope we come out of this with more job security,” said LaToya Meal, a server at DuClaw who was one of about 75 workers who joined the protest, organized by the union Unite Here.

“People with families depend on these jobs to get by,” said the 28-year-old Glen Burnie resident, who was carrying her two-year-old son and said she is his sole support.

With a majority of the 1,500 concessions jobs at the airport part-time, few qualify for health care, a situation workers said they don’t see changing anytime soon.

“There is no path to full-time work. It’s just, if they like you or not. There’s no system. And, really, there are very few of those jobs,” said Kevin Wheeler, 36, who works as a bartender at the Sam Adams pub and as a cashier at an Onsite News and Gifts concession.

Together the two part time jobs give Wheeler a 45-hour workweek, he said.

Mark Knight, president of AirMall, said the company would not respond because workers they “already have these things.”

“We believe in having well-compensated, well-treated employees and that’s the environment we think we created,” he said, speaking with The Brew by phone. Knight also noted, however, that employees should “address any pay or other complaints to the individual companies” they work for. 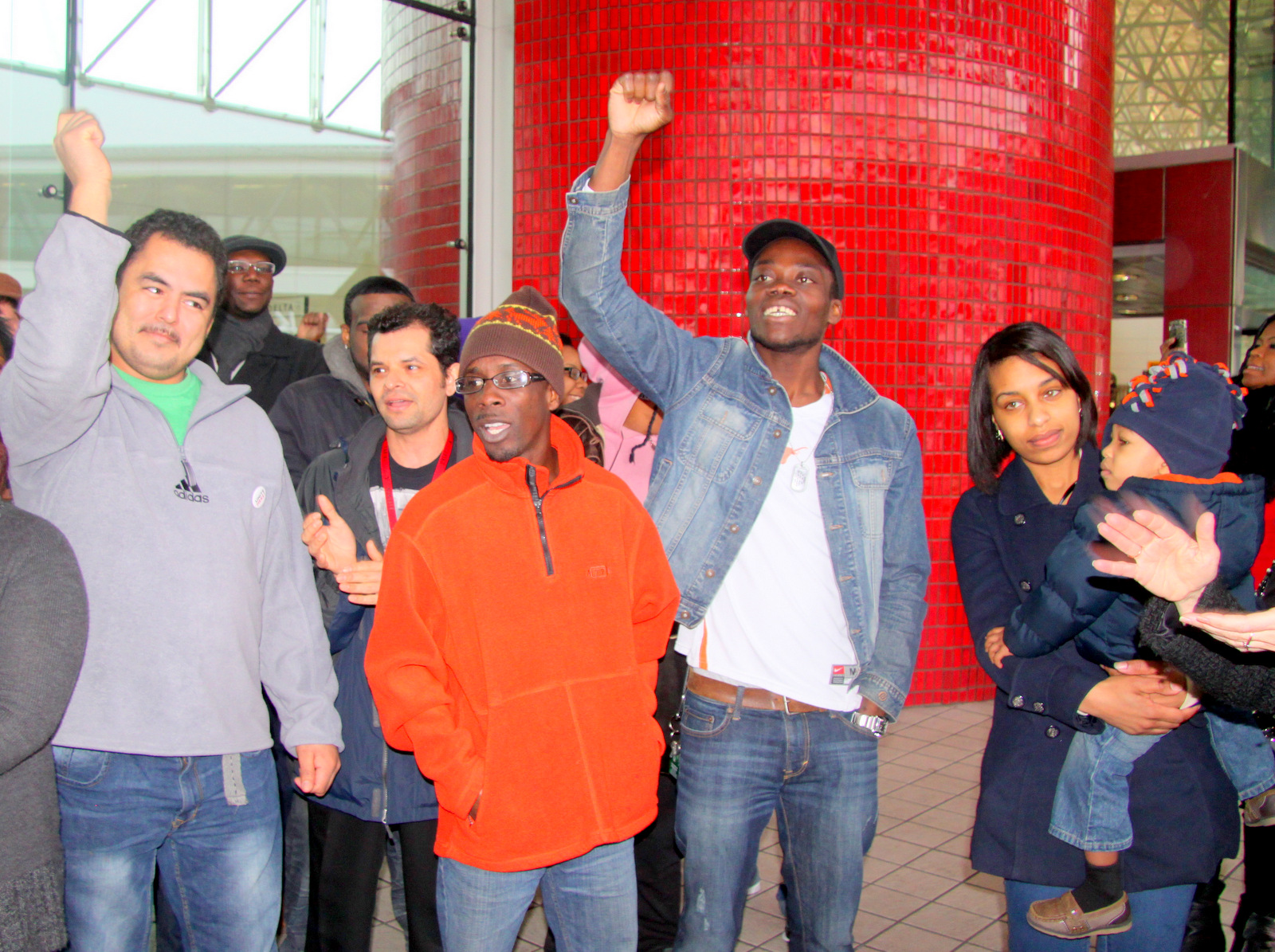 LaToya Meal (right) and her two-year-old son participated in the rally. (Photo by Fern Shen)

As concessions manager, AirMall does not directly employ the workers. Previously, airport concessions were managed by a single company, supervised by the Maryland Aviation Administration (MAA).

But during the administration of then-Gov. Robert Ehrlich in 2005, as workers were negotiating their first airport-wide union contract, the state contracted with the private for-profit company AirMall to take over concessions management.

The union contends that the short-term leases the company negotiates with food and retail chains results in worker displacement and lack of job security and that the company’s management fee, as a middleman, “creates downward economic pressure” and drives workers’ salaries down.

Cohorst said that AirMall, as manager, should ensure better pay and working conditions for concessions employees, and that the MAA, which signed a multi-year contract with AirMall, bears responsibility as well.

“Gov. O’Malley talks about how the airport is a great ‘job generator,’ but the reality for workers – many of whom live in Baltimore city and in some of the poorest areas in the region – is they don’t get to share in that,” she said. 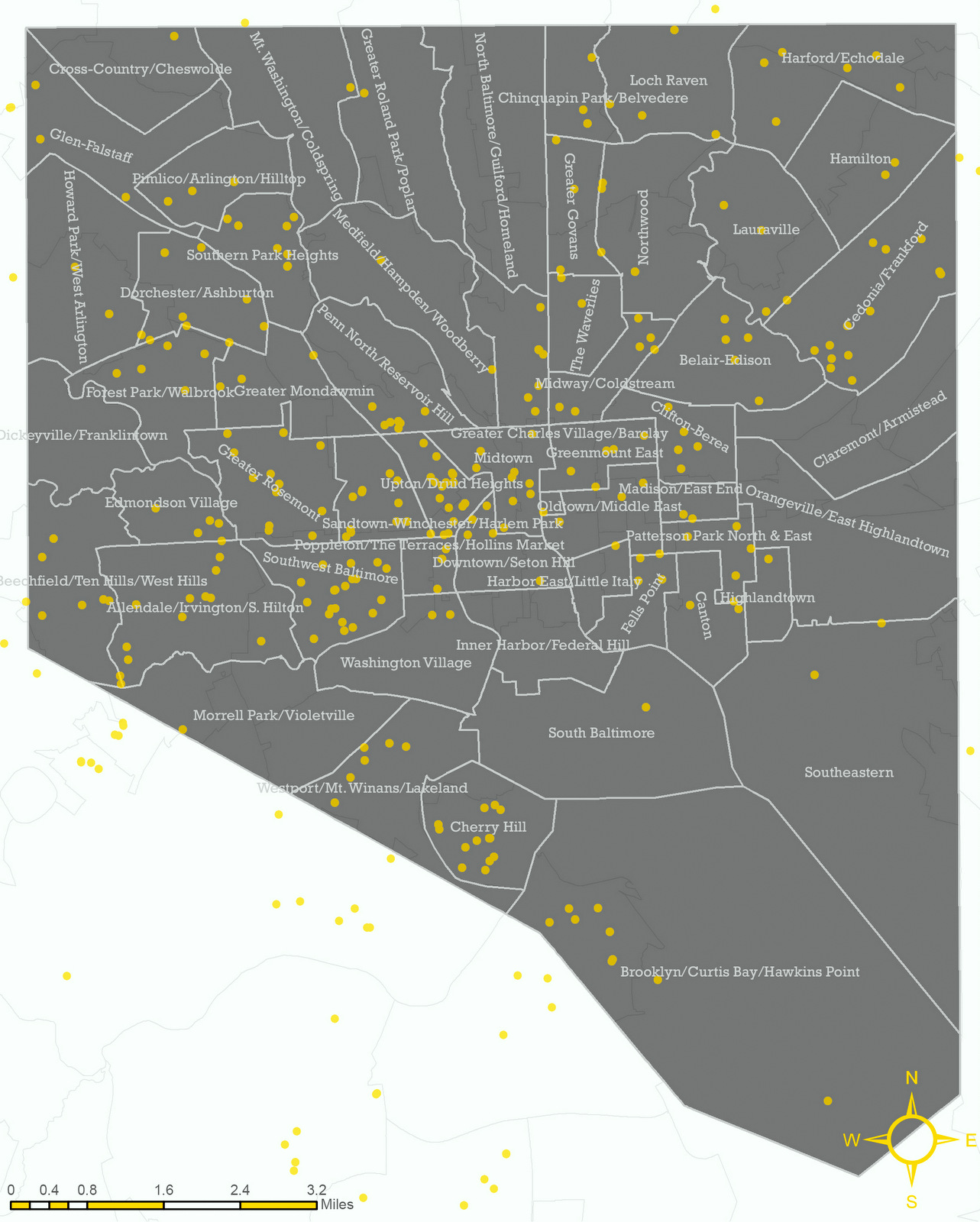 A report released by Unite Here concludes that BWI concessions workers’ median pay is $8.50 per hour and that annual income is $15,912.

The report, tilted “From the Counter to Community,” estimates that 38% of workers there have no healthcare coverage and that 40% of those employees who have health care receive it from the state-funded Medicaid program.

Knight called much of the data in the report “a fabrication.”

The president of AirMall said that full-time employees make $18.38-per-hour and, when counted together, full- and part-time workers make about $15-per-hour.

He acknowledged that there are more part-time than full-time concessions jobs at BWI, but could not provide a number.

Cohorst said Unite Here believes there are about 800 non-union concession jobs at BWI.

“This is Private Property!”

The scene inside AirMall’s office yesterday was intense.

Workers jammed a tiny waiting room chanting “No Justice, No Peace!” and staffers tried to close an inner door against them.

“I will call the police,” one man shouted. “This is private property!”

Outside in the terminal, Wheeler said that perceived “lack of respect” by managers, in part, fuels the workers’ anger. “‘You can take your butt back to Baltimore, back to the ghetto.’ I heard [a supervisor] say that to somebody,” he recalled. “I’ve seen sexual harassment.” 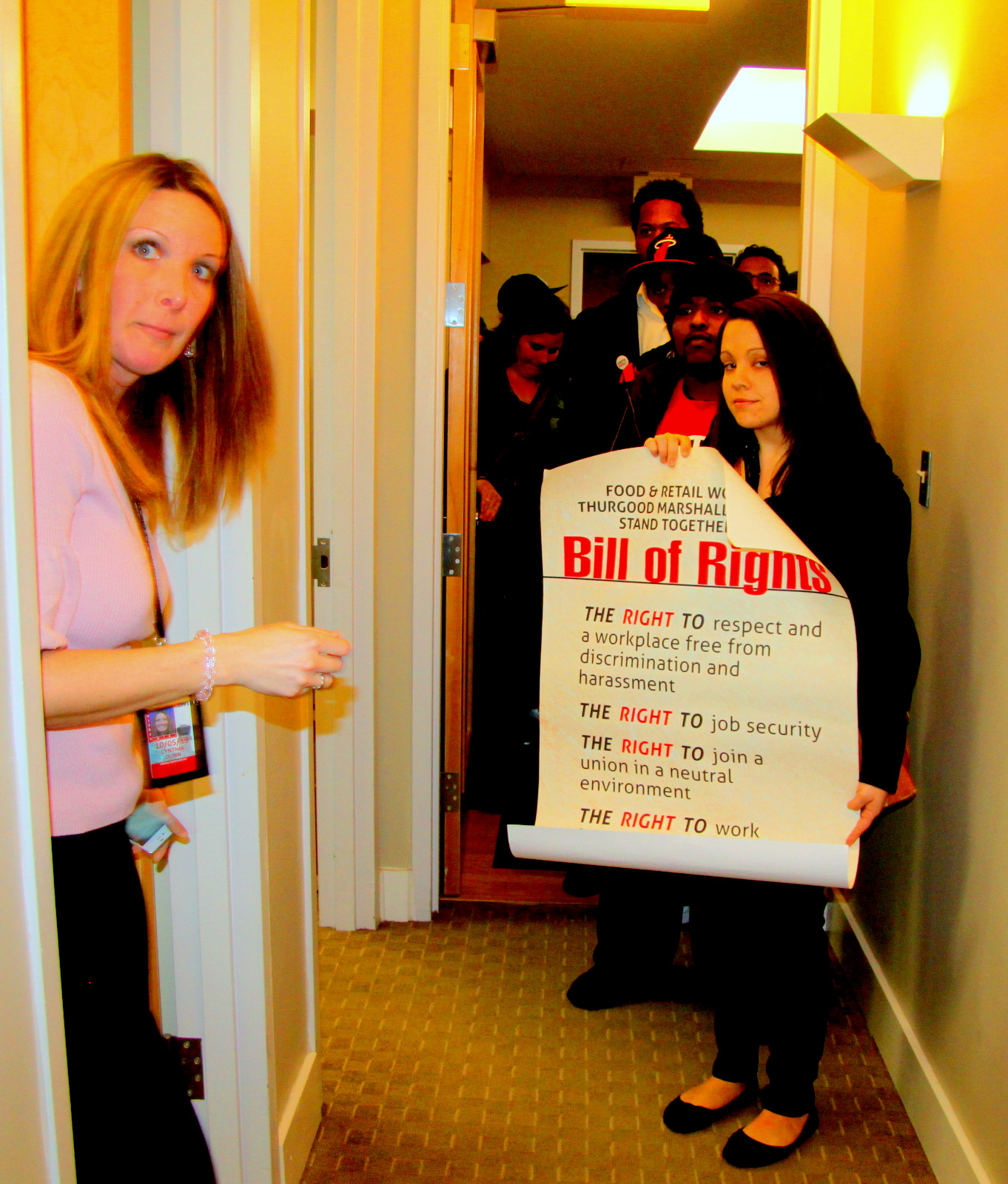 Workers organized by Unite Here presented a Bill of Rights to the company that manages airport concessions. (Photo by Fern Shen)

Another frequent complaint was the cost and difficulty of using public transportation to get to BWI.

Wheeler noted that it takes him about two hours to reach work, using a bus from Northeast Baltimore and then the light rail.

On Sundays, when light rail service stops at 8:40 p.m. and Wheeler gets done at midnight, his commute is even longer and involves two buses.

“These jobs pay so little you can’t afford to save up for a car,” said Wheeler, who estimates his monthly income at $800 to $900.

Patrice Thompson, 26, who works the grill at the airport McDonald’s, also has a nearly two-hour commute to get from her midtown Baltimore home to her $7.50-an-hour job.

“The other day I worked about two and a half hours, just a little longer than it took for me to get there – and they told me to go home,” she said.

When she asked why, she said they told her that “business was slow and labor was high.” 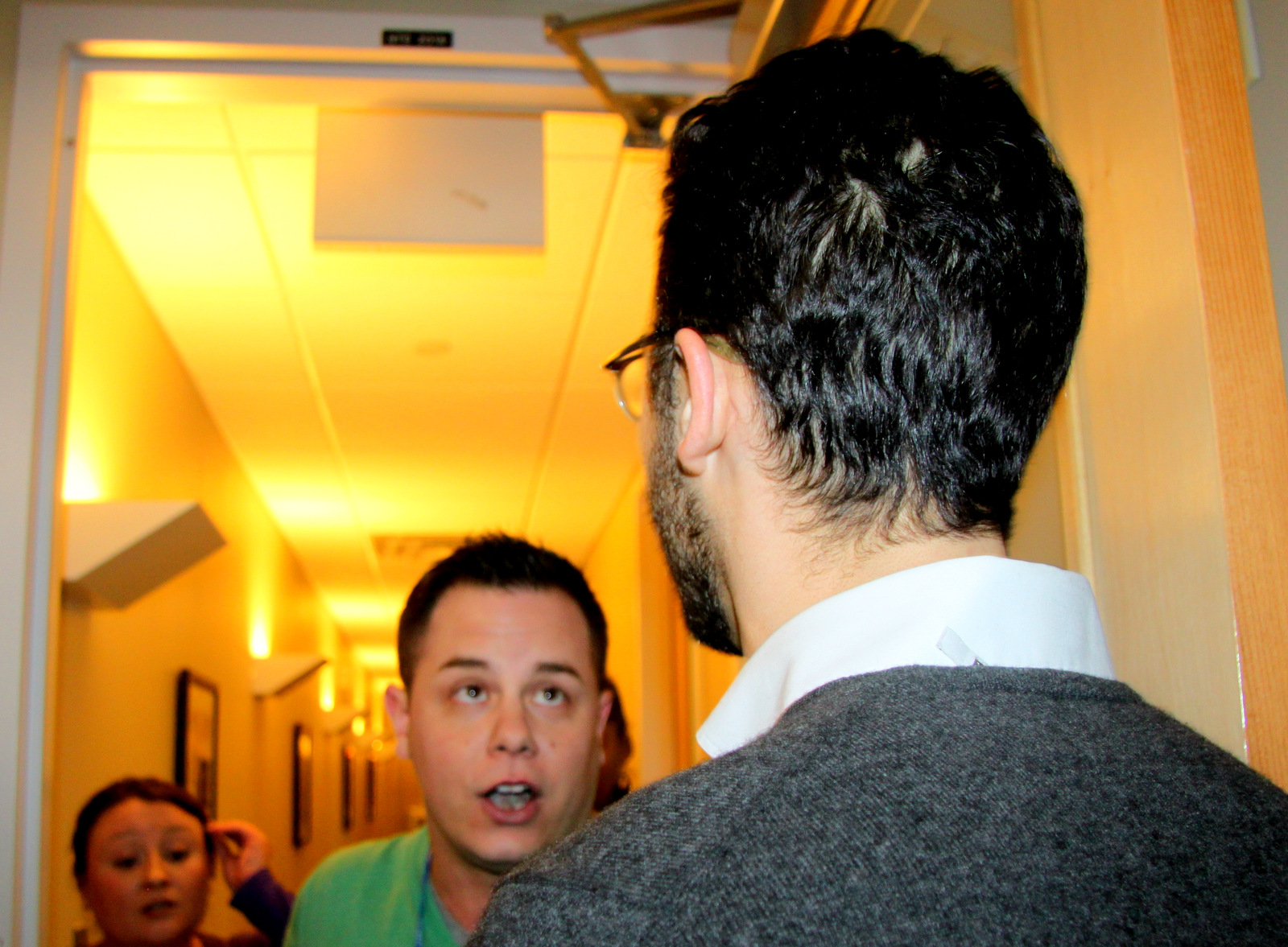 “The police have been called!” this man at the AirMall USA office told the protesters. (Photo by Fern Shen)