Howard Park residents threatened to call for a boycott of Rite Aid pharmacies today, but praised the Baltimore City Council for moving forward with legislation to condemn a restrictive covenant the drugstore chain holds, which has delayed a planned supermarket there.

“They have been disrespectful to the community and disrespectful to the city and it’s clear from their most recent letter to us that they are still not taking us seriously,” said Preston Greene, president of the Howard Park Civic Association, speaking with The Brew outside council chambers. “They are talking down to us.”

Addressing the Taxation, Finance and Economic Development Committee, Greene said, “I commend the council for moving forward on this.”

The committee unanimously approved an ordinance allowing the city to acquire and “extinguish” the Rite Aid covenant. (The measure requires approval from the full council and the Board of Estimates before the city can move ahead with the acquisition process, aimed at clearing the title.)

Greene, who came with about 17 residents of Northwest Baltimore communities, said he is hoping that Rite Aid will drop its aggressive stance in negotiations.

Sources have told The Brew that the city offered $15,000 for removal of the language, but that the company has demanded $600,000.

For the city to proceed with the condemnation “will still require an extended amount of time and expense,” Greene said. “We’re hoping with a little influence from the City and . . . some pressure from the other side, from the community,” the company will relent. 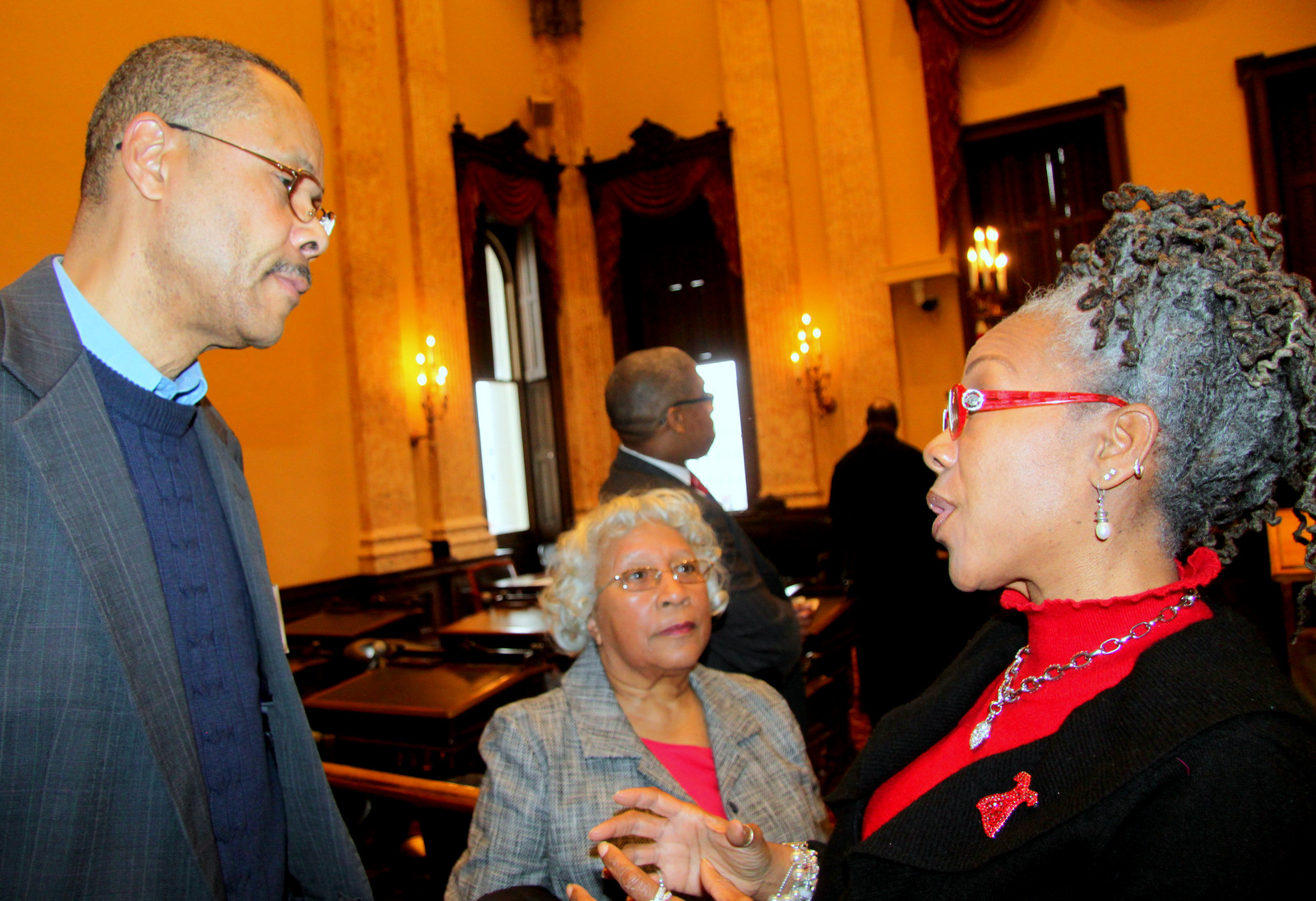 The association has identified volunteers willing to picket and will launch the boycott at a March 16 press conference on the former Rite Aid parcel, if there is no movement from the company, he said.

Rite Aid spokeswoman Ashley Flowers told The Brew via email today that the Camp Hill, Pa.-based chain “remains committed to working through this matter with the city and has expressed our willingness to continue our discussion.”

Rite Aid is “awaiting response from the city on our most recent proposal, which was shared with the city’s attorney last week,” Flowers said.

Greene received a short letter from Rite Aid with similar language. “We are  in negotiations with the city concerning this matter and hope to reach a solution that will be fair to all parties,” wrote Lisa M. Winnick, senior counsel, in the January 23 letter.

Anger Over Delays and a “Dirty Deed”

Greene said the community has little faith in the company after lengthy delays.

Top city officials had known about the restriction since at least 2009. The Klein family, designated as the grocery store developer by the city, discovered it months ago, when the title problems held up its financing. Some residents today also questioned the city’s role in the debacle. As Greene put it: “I’m curious to know why the city signed off on a piece of property with a dirty deed.”

“Why did not the city people see the restriction?” said Florine Robinson, a 50-year resident of Howard Park. “It should never have happened!”

But most of the ire was directed at the drugstore company.

The community has been without a full-service supermarket since 1999, when the Super Pride Supermarket closed. In August 2011, Mayor Stephanie Rawlings-Blake announced the coming of the new ShopRite supermarket and pharmacy on the spot, raising hopes in the community that the blighted intersection would get a lift and residents would once again have a food store.

Activist Kim Trueheart, another Northwest Baltimore resident, told the council members she was “so, so glad” the city was acting to remove “whatever the obstacles are.”

“The delays,” she said, “have been unconscionable.”