When the illegal dirt bikers come through Linda Towe’s neighborhood in South Baltimore, sometimes 50 or more of them at a time, the sound is deafening and the sight is frightening.

Some residents, Towe among them, will call the police. Others are afraid to, she said: “Everybody’s so vindictive these days.”

When called, the police don’t respond, Towe said, acknowledging that they have slim chances of catching the bikers “unless they put in a little time and money into it.”

Yesterday, the Baltimore Police Department announced a plan to crack down on illegal dirt bikes, the latest attack in a long-running battle.

“Time and time again our citizens are complaining these dirt bikes that are riding around throughout the city are terrorizing vehicle traffic and pedestrian traffic, and causing a big issue for our city,” said Major Johnny Delgado, Northwest District commander, during a press conference at police headquarters.

The department created an email account – dirtbikes@baltimorepolice.org – where residents can send anonymous reports about where illegal dirt bikes are being ridden or kept in the city. (Riding dirt bikes in the city is illegal, as is storing them, with gasoline, in a house.)

“Innocent people are hurt by these things. . .  We all see it. You all have filmed it. We have filmed it. We see what’s going on. It’s all over YouTube, and it’s a danger to the city,” said Lt. Craig Hartman, commander of the Regional Auto Theft Task Force, which will be assisting in the initiative.

So will seized dirt bikes just wind up back on the street? Delgado said those who can show documented proving ownership will get them back, but that stolen or unclaimed dirt bikes will be destroyed. (Police say 29 percent of seized dirt bikes in Baltimore are stolen.)

Police plan to distribute information about the initiative in neighborhoods across the city and have already begun spreading the word about their efforts in Northwest Baltimore, according to Baltimore Police spokesman Vernon Davis. That choice for where to kick off the program is no surprise – the area seems to be the center of the city’s thriving dirt bike phenomenon.

As the police and anyone who travels Reisterstown Road near Druid Hill Park know, that area is the center of Baltimore’s defiant, wheelie-popping illegal dirt bike culture. Admiration for that culture clearly frustrates the police: “The public sits on the side of that hill there and watches!”

But a documentary filmmaker, whose efforts have been celebrated in the New York Times and the South by Southwest Festival, sees it from a different vantage point. 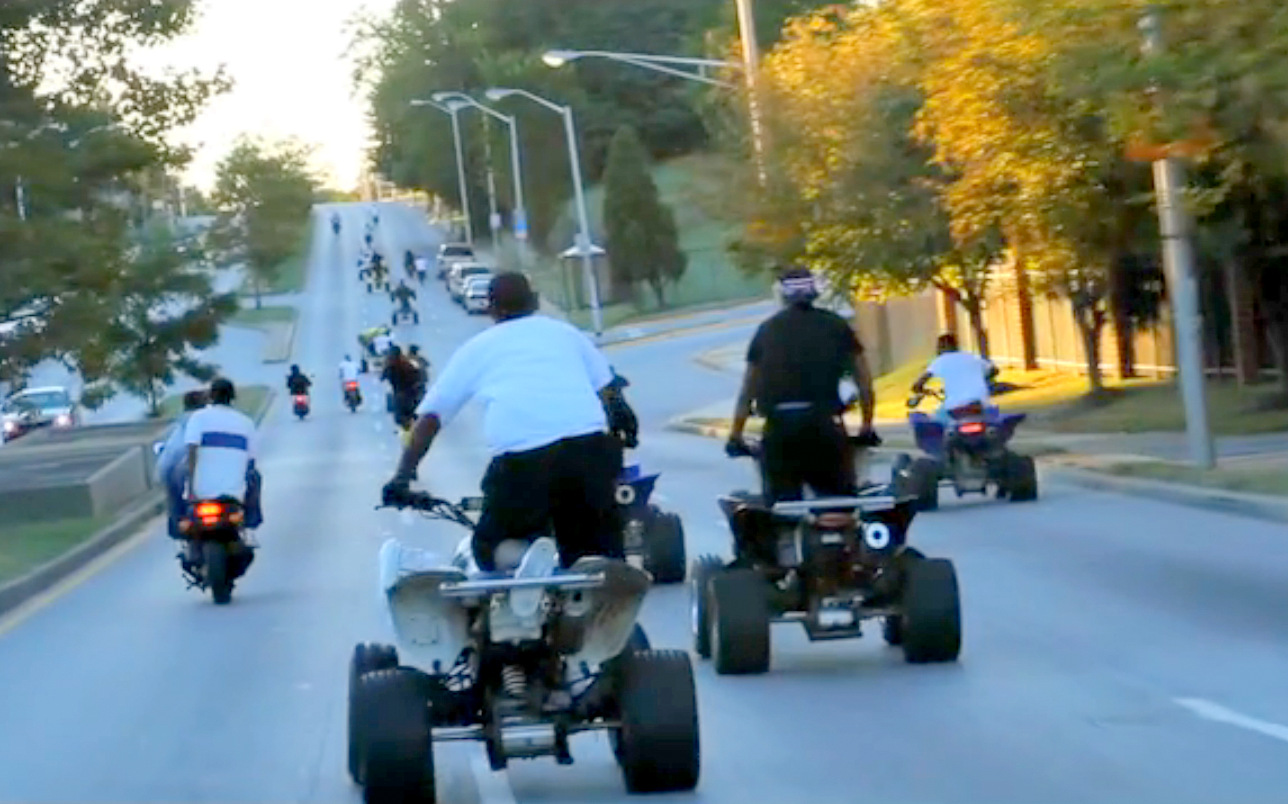 “The riders, converging from all parts of the inner city, regard their practice both as a recreation and a protest. The dirt bike culture of Baltimore is a primal and energetic response to the tension between social classes. When the riders embark on the city, they suddenly have a platform. It plays on the delicacy of their lives as they know it from their marginalized communities.”

That’s a description from the 2010 crowd-funding website filmmaker Lotfy Nathan put together for his project, “12 O’Clock Boys.” In a subsequent fundraising website, the film is described as evolving to focus on a young West Baltimore boy, “Pug,” and his involvement with the bikers:

“Pug looks to the pack for mentorship, spurred by their dangerous lifestyle. He narrates their world as if explaining a dreamscape, complemented with unprecedented, action-packed coverage of the riders in their element, guided by the riders themselves as they take to the streets and clash with Police. The film presents the pivotal years of change in a boy’s life growing up in one of the most dangerous and economically depressed cities in the United States.”

The music in trailer is dramatic, as the riders pop their front wheels in the air and trail their hands on the road surface.

“We Tried to Talk him out of It”

Asked to cite any recent instances of serious problems with dirt bike riders, Delgado mentioned a recent incident in West Baltimore in which a dirt bike rider was shot. “We’ve had shootings and homicides related to these bikes,” he said.

Linda Towe recalled their neighborhood’s version of “Pug,” a younger child “trying to do the same thing, be like the older boys” who showed up on their bikes on weekends or in the afternoon. 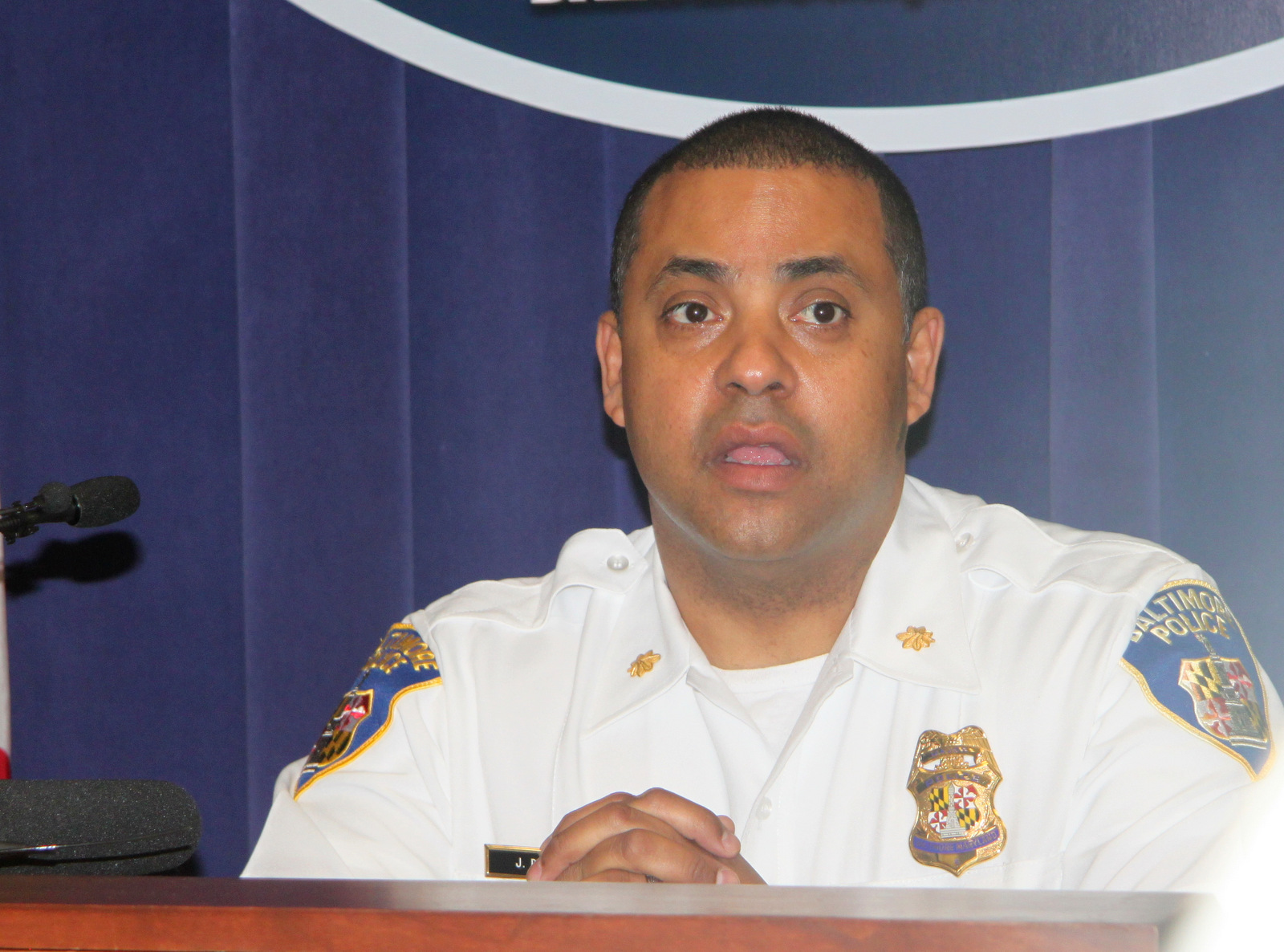 Towe and other concerned adults told him the story of what happened to a local dirt bike rider a couple of years ago.

“He was coming down Annapolis Road and he made a left. . . right into a truck,” Towe said, noting that the biker resumed riding after recovering from his injuries. “What can be done to change the mindset?” Short of that, what can be done to make the streets safer?

Towe said she thinks police should figure out their routes (“it’s not hard”), intercept them and seize dirt bikes en masse. The main thing is for the city to take the problem seriously citywide.

“Certain neighborhoods don’t have the clout or the response from the police department,” Towe said. “I hope as part of this new push, that changes.”