Station North is kicking off a new project, a lending “library” where you can borrow tools – everything from humble hammers to circular saws, pneumatic tack guns, belt sanders and more.

Details on how much you pay for a membership in the Station North Tool Library are still being worked out, says Ben Stone, Station North executive director. But you can get a look at their inventory and talk to organizers tomorrow (5-8 p.m. at 417 East Oliver Street, 4/26) as part of the arts district’s regular Final Friday event.

How will it work? Tool library founders John Shea and Piper Watson talk here about possibly requiring members to pay a membership fee set according to a sliding scale based on income. (Stone recommended just coming to the event Friday to learn what terms they’ve settled on.)

The basic idea is to promote do-it-yourself projects that help the community.

“Sculptors might use these tools, artists, renovators fixing up a home or business – anybody,” Stone said. The concept of tool libraries has been around for a while, with two of the earliest libraries still running in Berkeley and Oakland.

Some other Station North developments you could check out at the event tomorrow include:

• Baltimore Node  is also inviting people into their new space  at 403 E. Oliver Street (next door to the Tool Library.) This is the tech/hacking/crafting collaborative group displaced when the Load of Fun building shut down for repairs amid code violations.

Node people will be hosting an open house at 6 p.m. on Friday but if you want to get in on something special Node is doing, they’ve got a demo and teach-in planned on 3-D printing on Thursday – tonight 4/25 – at 7 p.m. Node members can attend this workshop at no charge. A $3 donation is suggested for nonmembers who wish to attend the lecture. If you plan on coming to “The More You Node: 3d Printing,” rsvp.

• Sneak peek inside “The Station North Chicken Box,” the former fried chicken restaurant at 1 North Avenue that the arts district is renovating for its new headquarters. (Stone says they’re shooting for being in there by June 1. The Annex Theatre will be staging Macbeth on May 16.)

• Art installation, Koban Project, made from the old police booth at Charles and Lanvale. 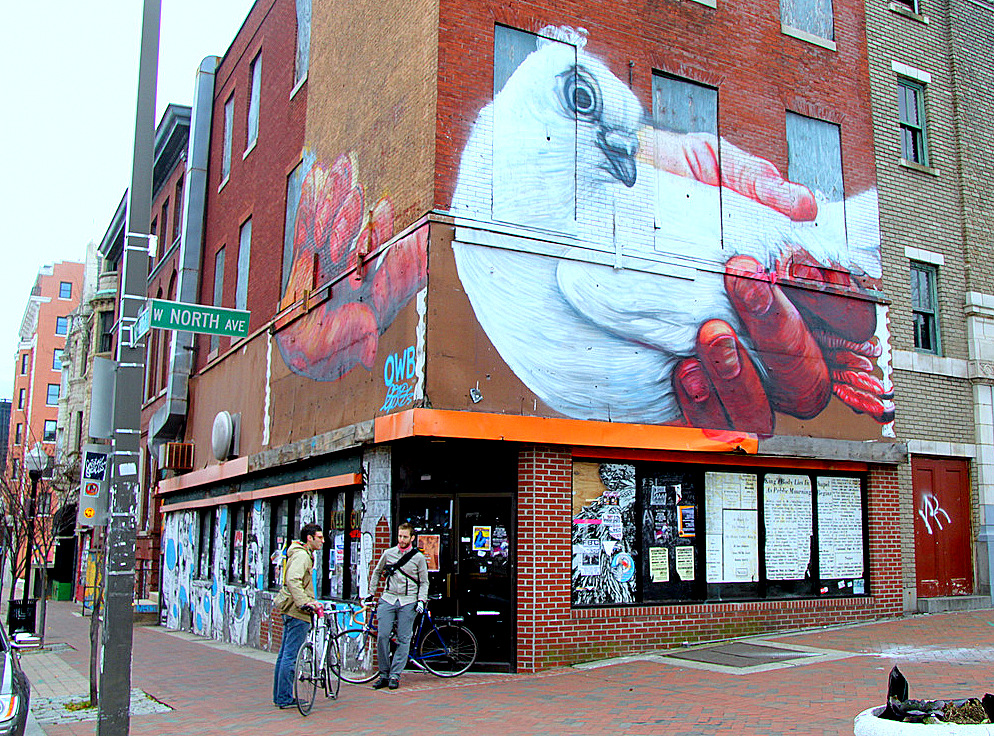