As she’s watched the block across the street from her East Baltimore home go downhill over the decades, Jeanine Jones long ago gave up on getting help from the city.

Trash continually piles up outside the nine vacant, boarded-up row-houses on the north side of her block, the 700 block of East 21st Street. Tall grass and weeds grow in patches in front of the buildings.

But Jones, whose home is on the south side – the side with the owner-occupied homes and flowerpots with freshly-planted hostas – says the city ignores her requests for help cleaning up the blight that greets her when she steps out her front door. 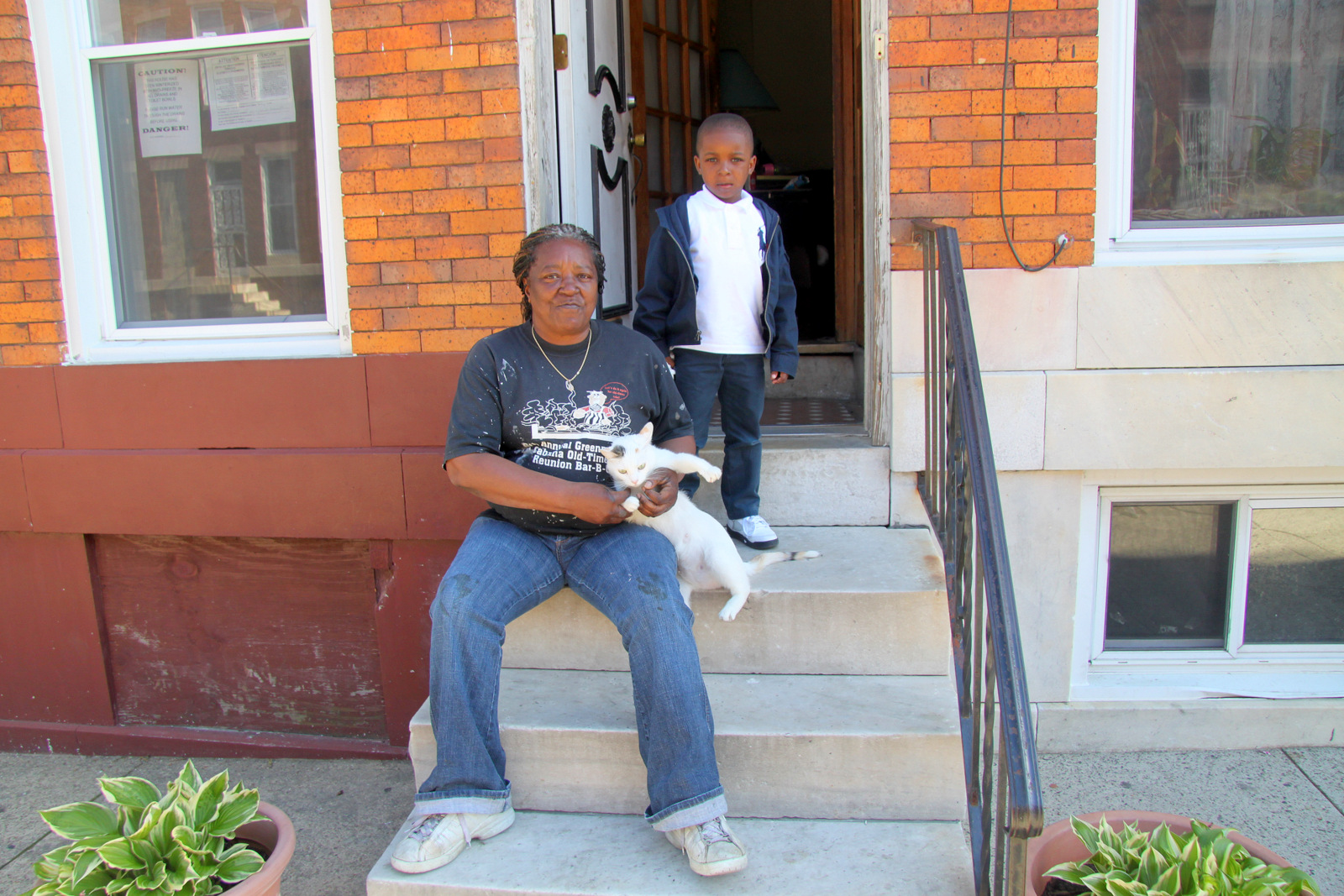 Jeanine Jones, with great-grandson Kevin Jones, 5, lives across the street from a block of East 21st Street that’s half-vacant. (Photo by Fern Shen)

“So I just do it myself,” Jones said, explaining how she periodically goes over there with trash bags and a weed whacker and calls in the problems most likely to get a response because they are life threatening, like the vacant where vandals ripped out the meter and gas was leaking out.

Jones had a mixed reaction to news this week that one of the nine blighted units – 714 East 21st Street – is part of the Community Law Center’s lawsuit against its owner, the Texas-based company that the group says is possibly the city’s largest out-of-town “slumlord.”

“This area’s been like this for years. That property has been vacant for 30 years. Why did the city let it get like this?” Jones asked, adding that she’s glad about the lawsuit, whose plaintiffs are six community associations, including Jones’, the Greater Greenmount Community Association.

“I just hope they fix it up. I hope they don’t knock them down and put holes in the block,” she said, speaking from her front stoop, as little boys played on the sidewalk and two teenage girls tossed a football out in the intersection.

The suit cites 714 East 21st along with 56 other properties in Baltimore owned by Scott Wizig, of Houston, via nine corporations he manages, alleging that the properties are vacant, deteriorating and unsafe and in violation of the city code in multiple ways: missing roofs, crumbling walls, collapsing porches, and broken windows and a proliferation of rodents, insects, debris, garbage, graffiti, and overgrown vegetation.

“These properties are in terrible condition,” said Kristine Dunkerton, executive director of the Community Law Center, in an interview with The Brew.

“He’s been acquiring them over the past two years or so in tax sales, and he’s never done anything to maintain them.” 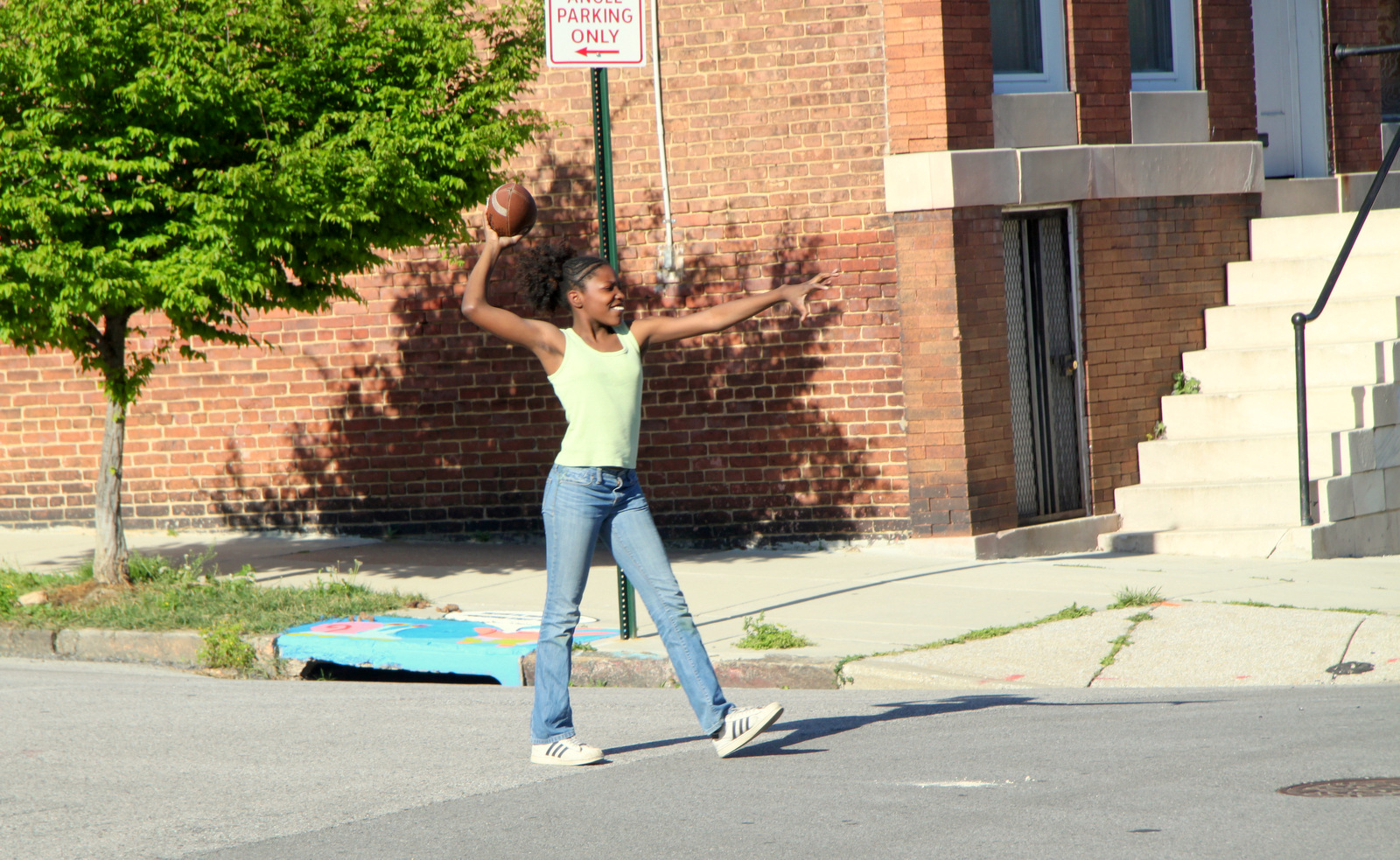 Tossing a ball at intersection of Boone and 21st streets. (Photo by Fern Shen)

Messages left for Wizig at SWE Homes in Houston and with his resident agent in Maryland have not been returned.

Who Dropped The Ball?

She said Wizig was targeted because he appeared to be the biggest single offending property owner in the city.

But why did it take legal action by small community groups (assisted by the non-profit Law Center and pro bono counsel from Venable, LLP and the University of Maryland law school’s Community Justice Clinic) to tackle a landlord who’s been generating complaints and negative press in Baltimore for the past decade? (As well as Buffalo, where he was successfully prosecuted by former New York Attorney General Eliot Spitzer.)

Dunkerton noted that Wizig’s property falls across the jurisdiction of different area code enforcement offices at the city housing department and “some follow up [on complaints] and some don’t. I guess they pick their battles.”

But she added, “I don’t want to make any excuses for them. . .  There’s political will happening here, or not happening. No matter which neighborhood you buy property in, it is your responsibility to maintain that property.” 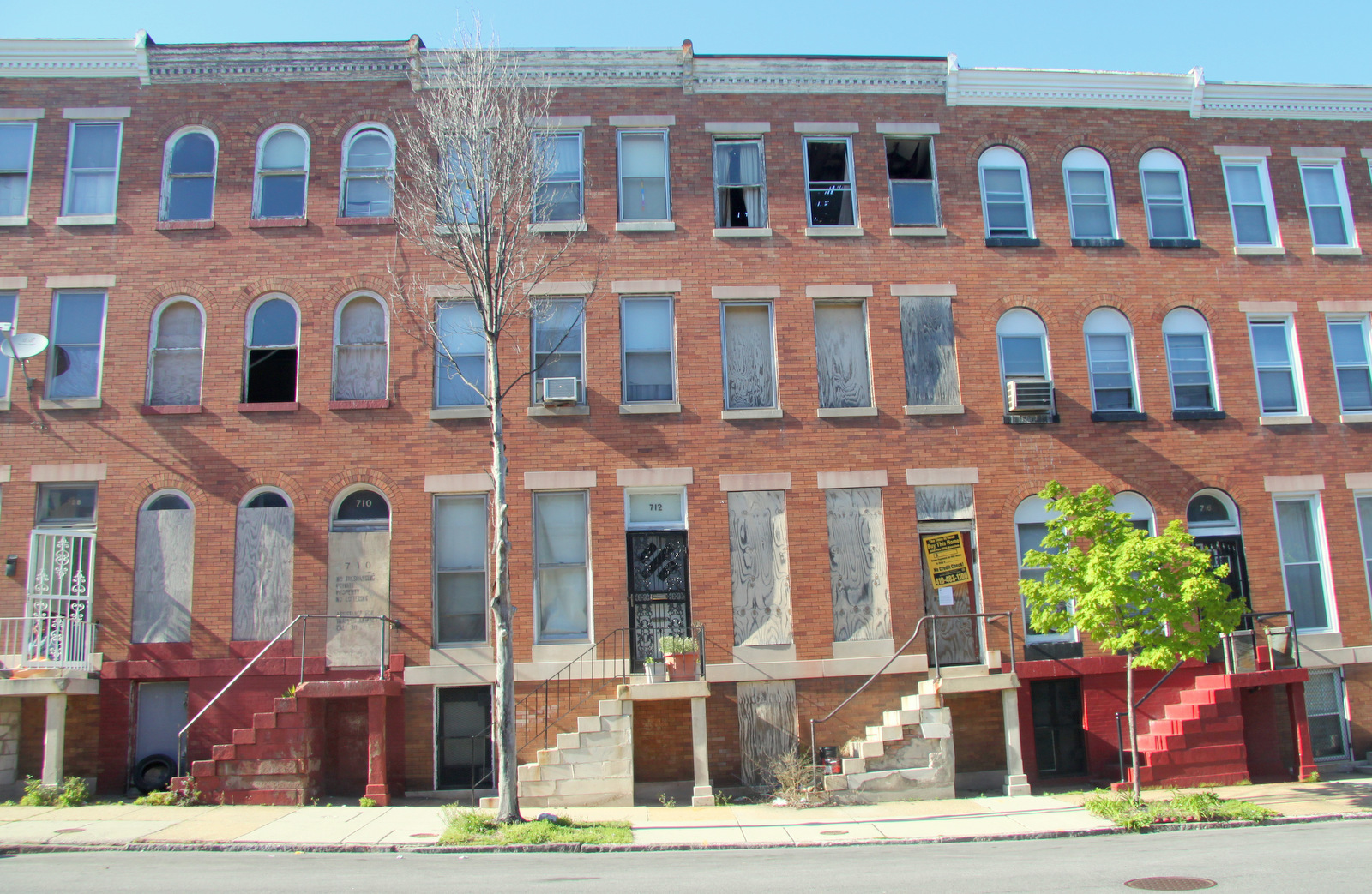 Vacant and dilapidated 714 E. 21st St. has occupied homes on either side. (Photo by Fern Shen)

• “. . . knowingly disregarded the accumulation of debris, garbage, refuse, graffiti, weeds, overgrown vegetation and other offensive, dangerous, unhealthy and unsanitary matter on [its] properties throughout the City of Baltimore.”

“There are some really caring homeowners there dealing with these deteriorating vacants right next door,” Willis said. “They worry about fires.”

Carol Ott, meanwhile, who runs the blog Baltimore Slumlord Watch, points the finger squarely at political leaders like the mayor and city council.

“The department of housing has become more aggressive in its enforcement but it is a lot of ground to cover as more houses go vacant and they don’t have enough people,” said Ott, a southwest Baltimore resident who started the slumlord-shaming site in late 2008.

“I get emails all the time from people who say, ‘I sent all these email to my city council person, I made all these calls and nothing – crickets,’” Ott said. “We need the city to be more proactive. To make it a priority to actually do something.”

The lawsuit provoked no apparent interest among top officials assembled at the Board of Estimates’ weekly meeting yesterday.

City Solicitor George Nilson, asked about the lawsuit, said he had not been aware of its existence until he read about it in the morning newspaper.

Asked if the Rawlings-Blake administration might join in the case, he said it could only be party in lawsuits where there was general injury to the city, not in cases where individual residents or even community groups claimed harm.

Nilson added that he would ask an aide to read the lawsuit and report back to him.

UPDATE FROM HOUSING: “We’ve Had our Eye on Him”

Cheron Porter, director of communications for the city Department of Housing, said it’s unfair to characterize the city as disengaged and said, “We’ve been working closely with the Community Law Center by giving them data and information.”

Speaking of Wizig, Porter said the city has “had our eye on him” but acknowledged that he has thwarted their enforcement efforts so far by simply paying the “over $30,000 in fines and citations” they have imposed on him.

“Usually fines get people to respond, but the fact that he’s paid out $30,000 and just kept going suggests to me that he’s a got a little more savvy and that he’s got some resources,” Porter said, adding the process of cracking down on problem property owners takes time, “especially in a city with 16,000 vacants. . . We’re not done with him.”

Dunkerton noted that the Wizig suit will be a test of a state law revised last year in Annapolis that “lets communities step into the shoes of code enforcement.”

The strengthened law makes it easier to sue property owners for the damage that blighted properties cause in a community.