Forget the talk about Sparrows Point becoming another yacht-saturated retreat for the rich. Baltimore County Executive Kevin Kamenetz has something else in mind for the site of the one-time largest steel mill in the world:

Kamenetz outlined his vision of port facilities for “super ships,” advanced manufacturing plants, wind-energy staging operations, supply-chain distribution parks – and 1,000 new jobs in the near future – at a press conference in Towson today.

His strategy amounts to a return to Baltimore’s industrial roots after a long spell where politicians have shunned hard-hat occupations and peddled service, hospitality (and, most recently, casino) jobs as the wave of the future.

Kamenetz, by contrast, did not propose a single townhouse for Sparrows Point, despite its breathtaking views of Baltimore’s outer harbor and the Key Highway Bridge.

Instead, the county executive said the peninsula’s waterfront location, existing infrastructure, rail and highway system, and industrially zoned land is perfect for what he calls the next generation of manufacturing plants and overnight freight delivery serving the Northeast.

Today’s announcement was based on the findings of an 18-member committee, freighted with transportation and manufacturing executives, appointed by Kamenetz to recommend future uses for the peninsula.

The committee was formed just days before RG Steel, the parent of the Sparrows Point steel plant, filed for Chapter 11 bankruptcy last May. The entire peninsula – the site of steelmaking activities since 1891 – was sold to Hilco Industrial and Environmental Liability Transfer (ELT), industrial liquidators who are presently dismantling the plant

The closing of the steel mill was a hammer blow to eastern Baltimore County. In addition to the direct loss of 2,000 jobs, more than 100 independent contractors and supply companies depended on the mill, which  generated $1.49 billion in sales even in its troubled last year of operation.

Kamenetz said today that his top priority is to help the Maryland Port Administration secure Coke Point and the former ship-turning basin and iron-ore unloading pier.

Kamenetz said that upon the acquisition of the turning basin and unloading pier, the MPA could begin to handle large ships, including ships with foreign-made automobiles. 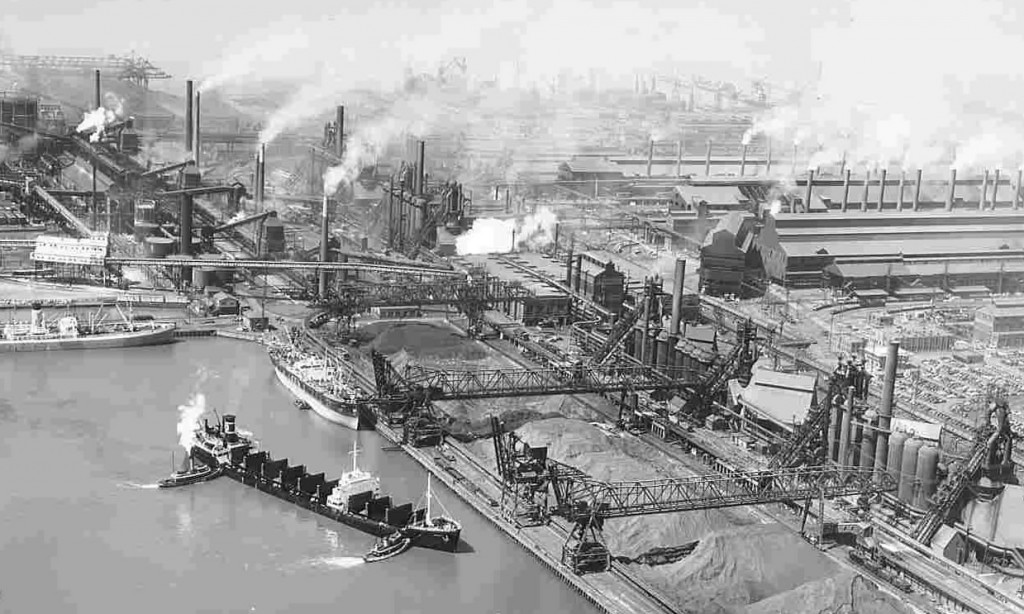 He predicted that 1,000 jobs could be created by the MPA’s initial activities. Over the next decade, as the MPA expanded into Coke Point using sediment dredged from the harbor to make a new marine terminal, the peninsula would add 9,000 more jobs.

In the middle area of Sparrows Point, the site of still-standing finishing mills, some of the existing infrastructure could be used for new manufacturing plants.

But here and elsewhere, the committee advising Kamenetz acknowledged there are major environmental “challenges” from years of underinvestment and hazardous waste dumping.

Kamenetz said today that he did not envision the use of public funds to bankroll improvements to the peninsula.

Sparrows Point, he noted, is a state enterprise (EZ) zone, permitting companies to write off 50% of value-added property taxes for five years. The same groups would be eligible for state job creation tax credits.

Despite decades of contamination, the committee estimates that about 80% of the peninsula can be redeveloped with relatively limited environmental remediation. Kamenetz cited $75 million as an estimate of the clean-up costs.

As for the other 600 or so acres, a costly and time-consuming process will have to be undertaken to decontaminate the soil and underground water table.

In recent years, the owners of the mill have battled with the agencies and the Chesapeake Bay Foundation over high levels of benzene and naphthalene, potential carcinogens that still leak into Baltimore Harbor through contaminated groundwater.