Organizers of the annual Baltimore Pride Festival have announced a new feature in this year’s celebration – a mass wedding, with Mayor Stephanie Rawlings-Blake officiating.

“On Sunday June 16th at the Pride Festival in Druid Hill Park Mayor Stephanie Rawlings-Blake will perform a mass wedding ceremony for couples!” reads the announcement on the Facebook page for the GLCCB (Gay, Lesbian, Bisexual, Transgender Community Center of Baltimore and Central Maryland).

“Always wanted to have a huge wedding surrounded by family? Well, write your vows and marry your sweetheart at Baltimore Pride’s first mass wedding!” said an online site to register.

Last week, the mayor was named Grand Marshall of the annual parade and block party in Mount Vernon, held as usual on Saturday. But the announcement of her special role officiating in a mass wedding on Sunday came out online over the weekend.

Given Rawlings-Blake’s support for the annual Pride event and for Maryland’s successful same-sex marriage ballot measure, the announcement should come as no surprise.

On January 1, in the wee hours of the morning, with the local and national press corps in attendance, Rawlings-Blake conducted a City Hall wedding of a longtime mayor’s office employee and his partner, just as the new marriage equality law took effect.

Rawlings-Blake had supported the marriage equality campaign and made a video affirming her support of Question Six when the law was petitioned to referendum.

After the the law survived the statewide vote, Maryland became the first state south of the Mason-Dixon line to legalize same-sex marriage. Similar ballot measures passed in Maine and Washington. 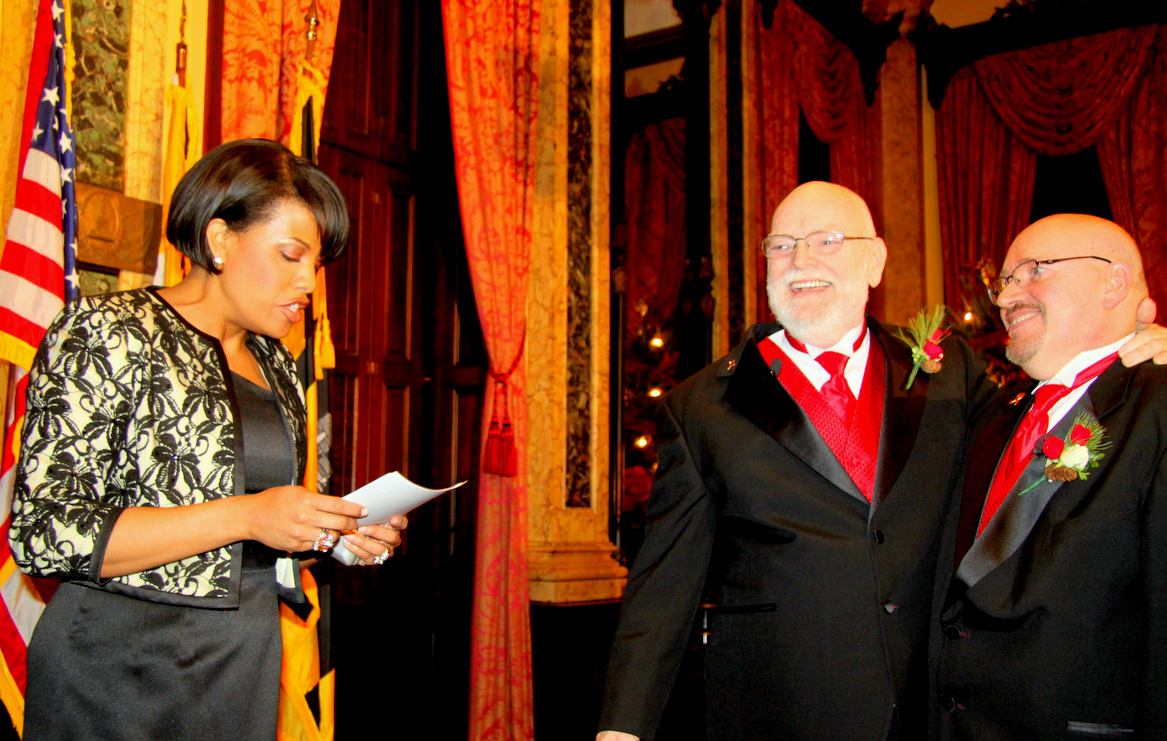 Looking back, there was a clear message from Her Honor that day that she might be presiding over more nuptials in the days to come.

Asked by a reporter about her marrying authority, Rawlings-Blake had said she has gotten ordained to make sure marriages where she officiates are legal. “Getting married?” she joked. “I’m available!”

She maintained that, as mayor, she has the power to marry people but said she got ordained just to be sure.