To many callers, said host Larry Young, “It was wrong for her to have that relationship and go to the beach house. It was just another example of how she cares more about the Grand Prix and Harbor East than Harlem Park.”

“It’s definitely a water-cooler topic with hot debate on both sides,” Young added in an interview with The Brew, saying he plans to bring up the subject again on Monday.

So, too, has the debate been raging from the editorial page of The Sun to Barry Rascovar’s biting commentary, “Baltimore’s Ethically Challenged Mayors.”

This morning at WEAA 88.9, a caller said he was “curious and appalled” by the close relationship between the mayor and the lobbyist. (See our detailed profile of Ms. Jones here.)

Their emphatic answer: No.

“I read that article all about going to Rehoboth,” said Councilwoman Mary Pat Clarke. “The mayor paid to stay at one of her best friends’ house because the best friend is a lobbyist, duly registered by law with the City of Baltimore as a lobbyist.” 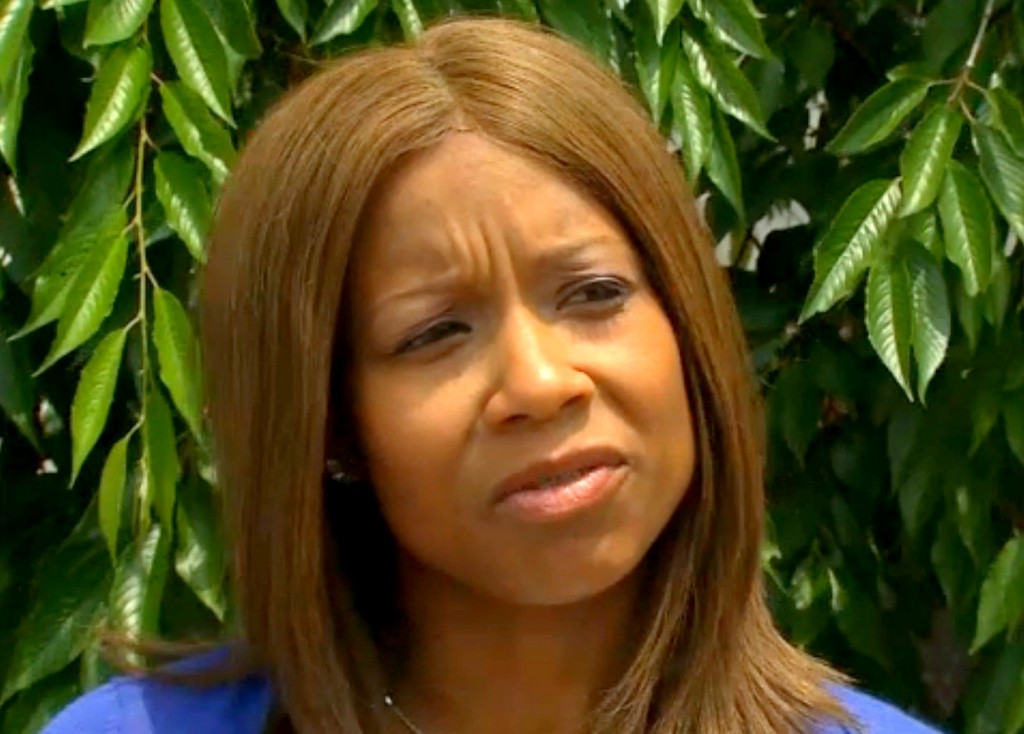 “If she’s paying fair market value for that service,” added Councilman Nick Mosby. “It’s just like anyone else. It’s not like she’s taking advantage of the relationship or the position that she’s in.”

The beach trip came several days after Rawlings-Blake officiated at the lobbyist’s wedding to her lobbying partner Sean Malone at a Las Vegas hotel. The event attracted many well-wishers, including elected officials that the couple lobbies in Baltimore and during the legislative session in Annapolis.

Being a personal friend of a lobbyist actually makes it easier to turn aside their arguments on behalf of a client, Councilman Brandon Scott reasoned on the Steiner Show.

“[If] it’s my friend, I can just say, ‘Shut up, leave me alone.’ I don’t have to be polite with them because they know how you are. They understand you.”

“I’ve known Lisa since high school,” Councilman Bill Henry offered amidst the crosstalk. “That doesn’t mean that I’m gonna treat her clients differently when they got a bill in committee.”

He went on to say, “I don’t understand why it [the mayor’s officiating at the lobbyists’ wedding] upset anyone.”

“The wedding bothered me,” Scott shot back.

Harris Jones & Malone is the lobbyist for almost half of the companies and groups registered with the city ethics board.

Among the firm’s clients are Wal-Mart Stores, McDonalds, BGE, Xerox, Digicon (involved in the city’s VOIP phone upgrades), Lexington Square Partners (developers of the now-stalled “Superblock”) and the American Chemistry Council, which is battling a proposed City Council ban on polystyrene cups and carryout containers.

A listener emailed the Steiner Show and said that the City Council members were missing the point.

The issue, Steiner said, quoting from the message, was “equal access” and “who has the power to talk to the City Council and the mayor.” The Council members groaned as Steiner quoted from the email’s ending: “This mayor seems to loathe citizen input.”

Copy of uncanceled check written out by the mayor that paid for her stay at the Jones townhouse. (Office of the Mayor)

The mayor has been silent about the controversy since she spoke on Wednesday, pressed by reporters, about her friendship with Jones. Staff members produced a check that they said represented the mayor’s payment for her Memorial Day Weekend stay at the lobbyist’s Rehoboth Beach house.

Located in an upscale community off Route 1, the house was purchased by Lisa Harris Jones and then-husband Pless B. Jones for $384,000 in 2008.

Lisa Harris Jones is currently the sole owner of the property, according to Sussex County, Delaware, tax records. She rents out the house for $125 a night, according to a “Rules and Regulations” sheet provided by the mayor’s office.

In an interview with Fox 45 News, Jones said, apparently referring to herself and the mayor: “We talked to the local ethics board and reviewed the law beforehand and found no issue with it [staying at the house].”

But Avery Aisenstark, director of the city ethics board, said he first learned of the mayor’s Rehoboth weekend yesterday – a day after the Jones interview with Fox News. He said he was given material by the mayor’s office, including a copy of her $400 check.

“In my opinion, [the beach weekend] wasn’t a gift” under the city code, which prohibits gifts from lobbyists to city officials, Aisenstark said.

“A gift involves the transfer of anything of economic value for less than adequate consideration. The amount here is a market-rate amount, so it does not fall into the prohibited category in my opinion.”

Ethics rules governing Baltimore officials were clarified and strengthened in 2010 by the City Council and Mayor Rawlings-Blake following the resignation of Mayor Sheila Dixon, who pleaded guilty to misusing gift cards intended for the poor. 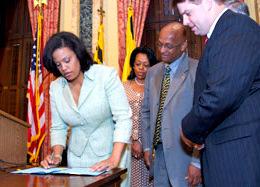 The new rules specify that no city official can accept a gift of over $20 from a lobbyist who is involved in “matters within the jurisdiction of the public servant.”

The five-member ethics board – three of whose members are appointed by the mayor – does not typically give an opinion or finding on a specific ethics question unless a protest is lodged by a citizen, Aisenstark said.
_____________
–To reach Mark Reutter directly:  reuttermark@yahoo.com.