Speeches had been made, the ribbon had been cut, cameras had clicked and rolled – a new urban farm in West Baltimore on city-leased land had been officially launched with the mayor’s blessing.

Then a television reporter raised an off-script point with Mayor Stephanie Rawlings-Blake at yesterday’s “Strength to Love II Farm” event in Sandtown.

“Doesn’t it seem counter-intuitive that you are starting a farm here, but then selling land where a farm already exists?” WBAL’s Kim Dacey asked. 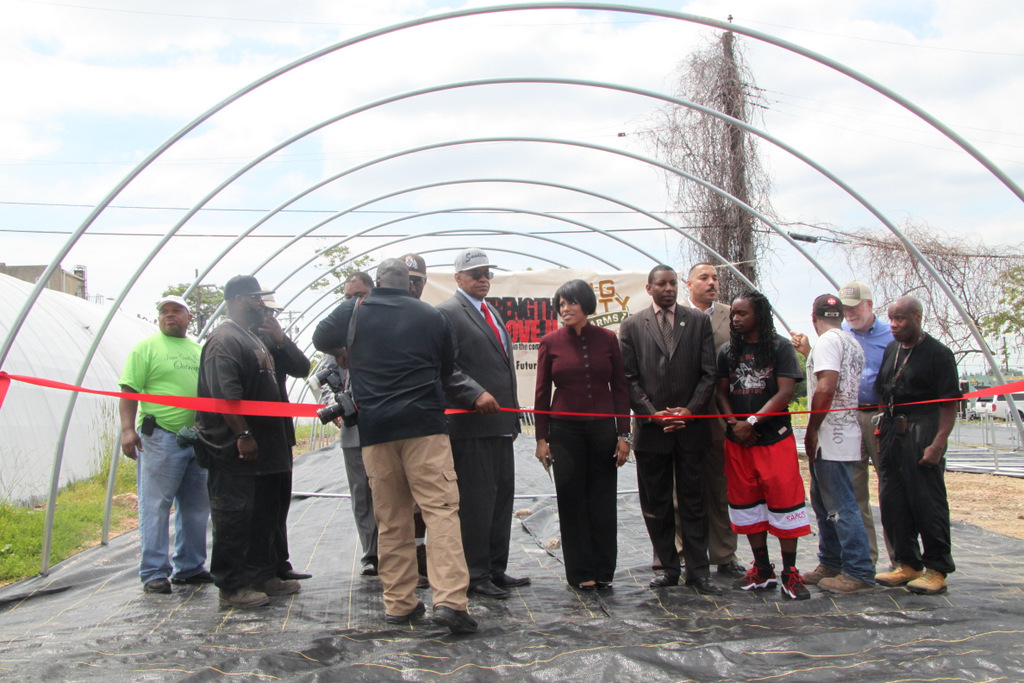 She was referring to Baltimore Free Farm across town in Hampden, a collective started in 2010 that includes the Ash Street Community Garden and a number of parcels at Baldwin and Ash streets – including two that are city-owned.

News spreading in recent weeks that the city is considering selling those parcels to an unnamed developer has kicked the Free Farm into gear, spawning a competing bid for the property by the collective and a petition drive (with over 1,000 signatures so far) to highlight their argument that the city should sell to them.

The Hampden farmers say they have nothing against Strength to Love II, but feel Free Farm should also get some of that city government love.

“We believe the value the Free Farm provides is a far better long-term investment than housing or commercial development, especially on such small lots,” supporter Julie Gouldener said.

Development as “Highest and Best Use”

Asked at the event yesterday what inclines the city to support farming on one parcel vs. the other, Rawlings-Blake said it was that the Hampden lot has development potential, while Sandtown’s, at the moment, does not. 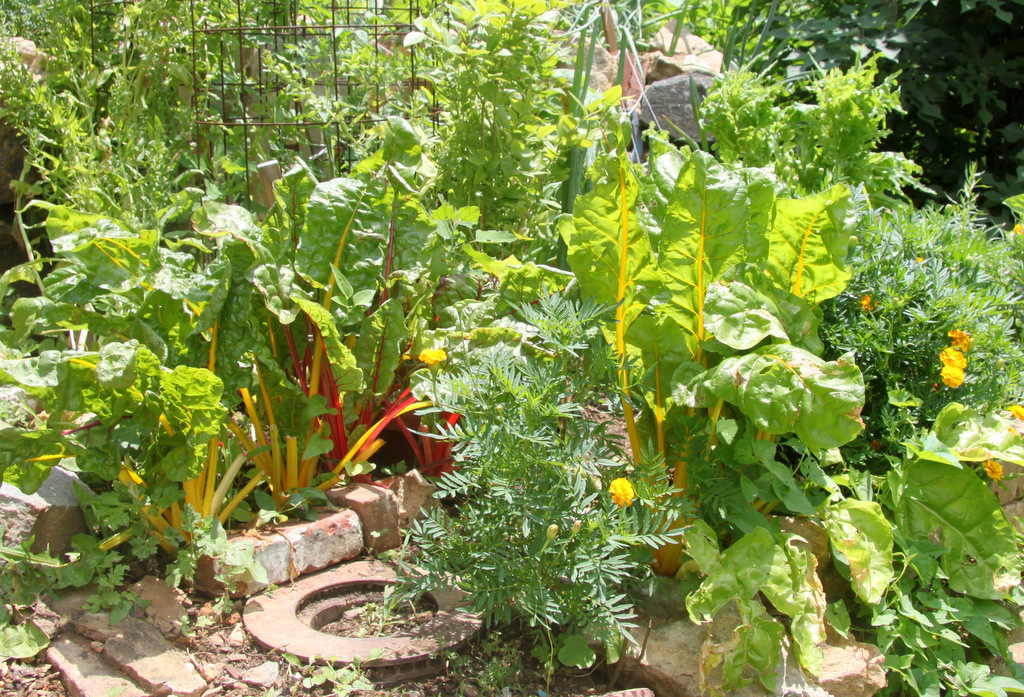 “When it does and, you know, as our community grows, we’ll look to do the same thing there – and look for other opportunities for urban agriculture,” she said. “We always look for the highest and best use for city-owned property.”

Asked about the wisdom of selling the land out from under an existing farm, Rawlings-Blake shot back, “Believe you me, we have plenty of other space.”

Meanwhile, over at the Free Farm, collective members were setting up the tent on Ash Street for their Wednesday weekly surplus produce giveaway, gathering signatures from supporters and talking to any media who wandered by about why they think their outpost on a Hampden hillside is unlike any “other space” in Baltimore.

“We’ve now become built into the fabric of the neighborhood,” said collective member Billy Thomas, looking at out at the landscape of lettuce sets, onions stalks, pea vines and other plants.

Thomas talked about the grown (and reclaimed) food the collective has distributed to the community (2,500 pounds worth between April 10 and June 5, they say), the seedlings and honeybees provided to other farms, the workshops on rain gardens and composting. 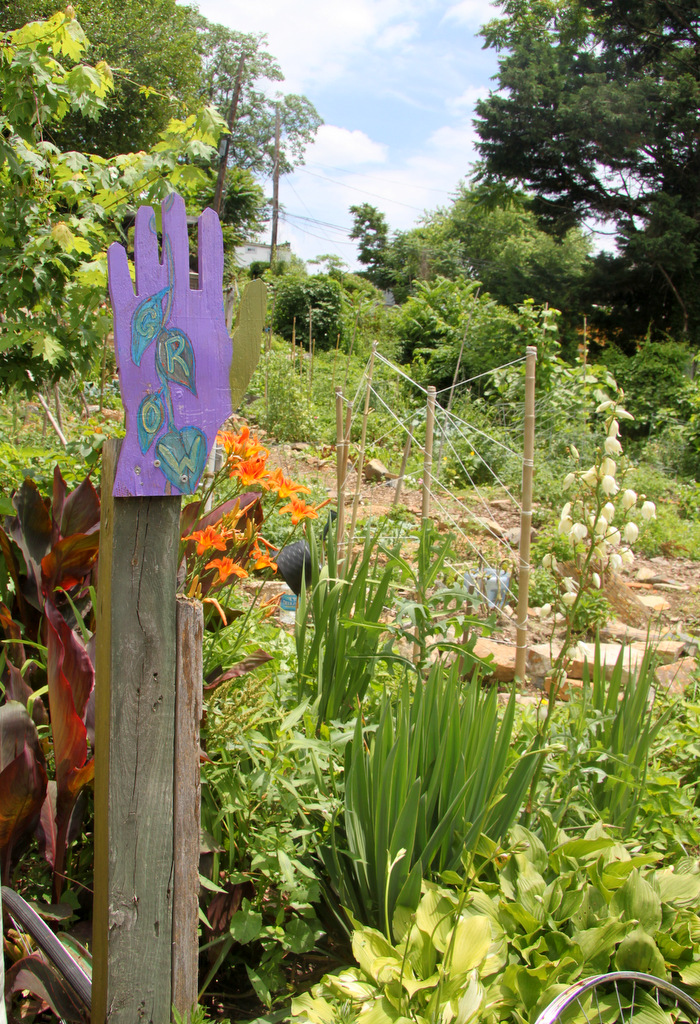 There are also fundraisers, film screenings, concerts and cultural workshops on everything from washboard music-making to silk-screening, sometimes held the warehouse building on the other side of the garden from Ash Street.

Perhaps the the collective’s most unusual quality is its blend of mainstream accomplishment and 60s style irreverence.

Among other accolades a Commitment to Clean Water Award from Parks & People Foundation for drip irrigation and other green practices, and a Master Gardener’s award from the University of Maryland Extension Service for “Best Community Vegetable Garden.”

Meanwhile, the collective’s history includes original founders squatting in a vacant house in the early days. And though they’ve since acquired property and permission from property-owners to be there, their other activities have not exactly been garden-club genteel – like events to support Red Emma’s and Occupy Baltimore and free-form music shows with names like “Asshole Fest.”

Still, the Free Farm has not been unknown to city officials and, speaking yesterday, collective members praised the city for giving them an extension of the community’s right to farm on two other lots (the Ash Street garden) through the Adopt-a-Lot program. 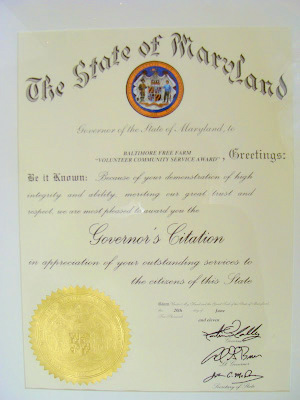 A Governor’s Citation to Baltimore Free Farm for Volunteer Service.

But with the developer’s bid for the city-owned land (coming on top of the recent sale for possible development of two adjacent Baldwin Street lots used by the collective), the group is worried about their future.

Losing 1522 and 1524 Baldwin Street will cut into their space for farming and for staging volunteer activities, said collective member Holden Warren.

The collective had requested – and been denied – permission through Adopt-a-Lot to farm the two parcels they’ve now submitted a bid on.

As a television crew yesterday interviewed Hooton and Thomas about the controversy, the city’s Julie Day drove up with an assistant. (Day, deputy commissioner for land resources for the city Housing Department, had been at the earlier Sandtown event.)

Welcomed by Hooton and Thomas and asked who makes the decision about the pending bids, Day said, “We review a lot of options and take a lot of things into account.”

Rawlings-Blake too had said, when pressed by WBAL’s Dacey, that she would “welcome [the Free Farm’s] bid as well as other bidders.” Day said she was still gathering information on the matter and not yet able to provide details.

On Monday, using crowd-funding and funds collected from some supportive community members, the Free Farm made what Hooton described as a competitive bid.

Gouldener said, via email, they’ve been told by the city that there is a three-week window for the public to submit comment before a decision is made. 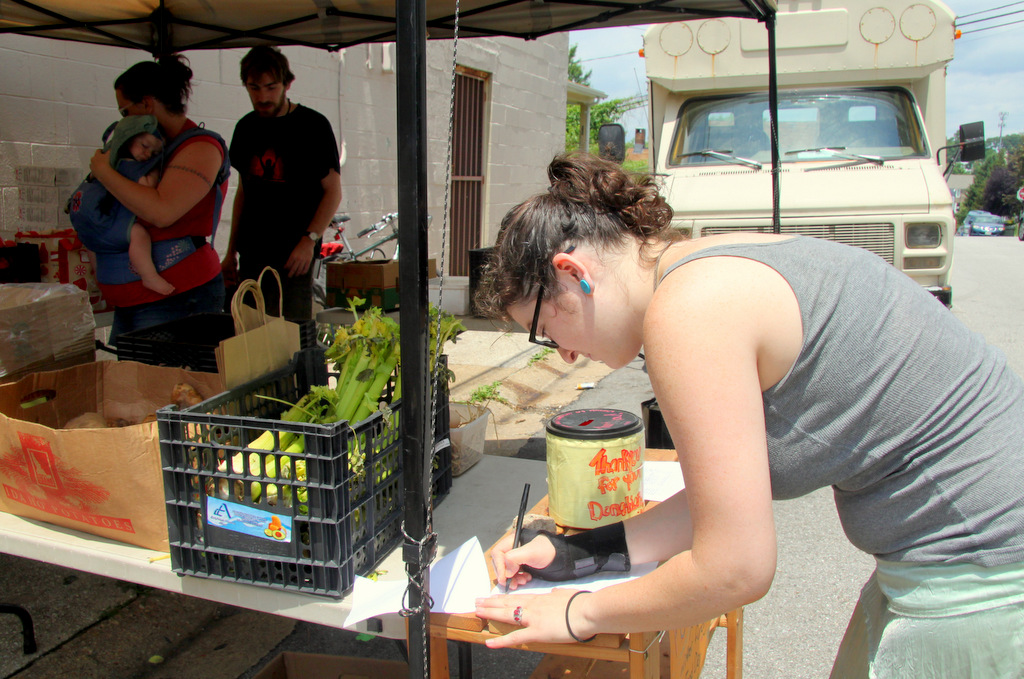