The news from last week that the Grand Prix has yet to find an official sponsor underscores a larger home truth.

Namely, what was dubbed as a transformative milestone for Baltimore has become just one more end-of-summer event – and something city officials don’t seem so eager to talk about anymore.

Not talking about the Prix starts at the top.

Calling the race “a game-changer for Baltimore” back in 2011, Mayor Stephanie Rawlings-Blake pitched the Labor Day weekend race as an economic lifesaver for downtown commerce and a sure-fire way to showcase the city’s charms to tens of thousands of racing fans and millions of television viewers.

More than $8 million was plowed into the event in the form of street repaving and overtime pay for police and fire protection.

The mayor dispatched her top economic aide to babysit the promoters. She lined up community groups and councilmen to vouch for the event’s importance.

And she insisted the race was a complete success right up to the time when the stage curtains parted and the promoters were left to hang for owing millions of dollars to vendors and to the city itself.

The Moneyman from Columbia

The promoters were fired, and a new team of businessmen were installed during a secretive vetting process. They, too, fell off the face of the earth. That forced the mayor to turn to her top campaign contributor, Columbia (Md.) financier James Preston “J.P.” Grant, to run the race. 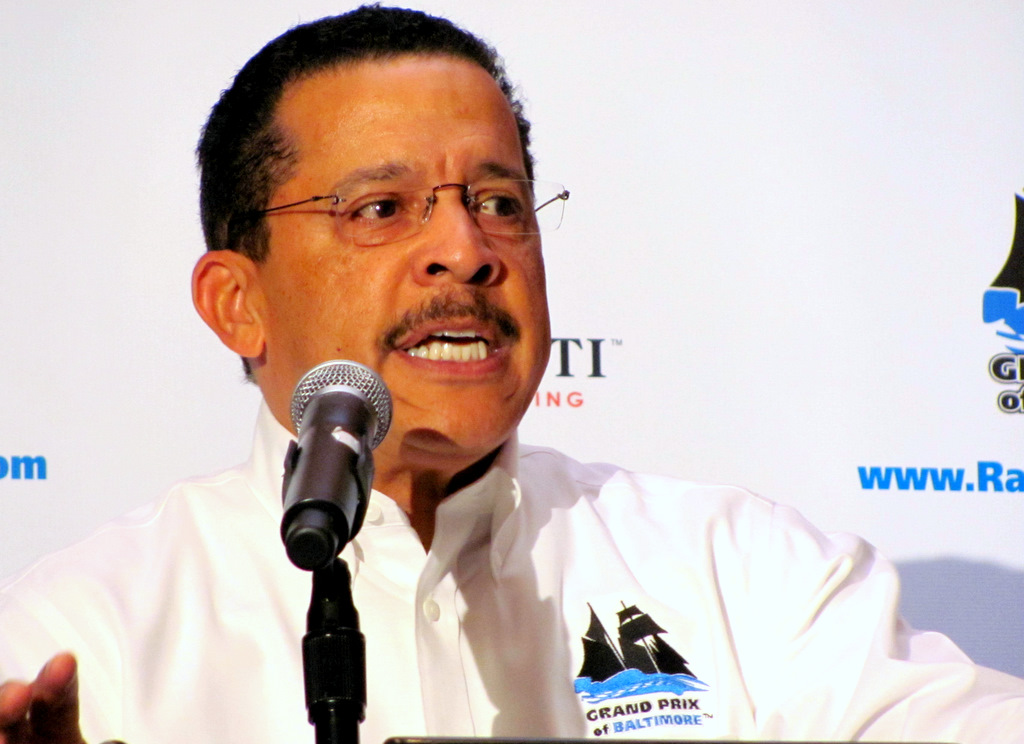 J.P. Grant discusses his hopes for the Grand Prix after he came to the mayor’s rescue. (Mark Reutter)

And that’s where it stands today, with the race date approaching and little fanfare about it emanating from City Hall.

Ryan O’Doherty, who in the past doggedly defended the race as the mayor’s chief spokesman, didn’t answer any of the questions emailed by The Brew about this year’s Grand Prix and the mayor’s involvement.

Attempts to gain insight into the administration’s thinking via less official channels were not successful. Grant did not respond, either.

Ticket sales for the upcoming Aug. 30-Sept. 2 races are running ahead of last year, not surprising since last year’s sales began many months late. But few think they will match the sales of the first year.

Grant’s group, Race On LLC, has also struck some new sign sponsorships (Maryland Live Casino and Esskay, the hot dog maker), but its failure to snag an official sponsor remains a major setback.

Also missing: popular enthusiasm. The race has its defenders, but the idea of cars screeching around the Inner Harbor at speeds of up to 180 mph has not caught fire in the public imagination.

After taking a peek during the inaugural year, many Baltimoreans seem to be doing what Baltimoreans are wont to do over Labor Day weekend – head for Ocean City. After all, don’t they endure enough noise and fumes on a daily basis?

Back at City Hall, the mayor’s new favored child is Harbor Point and its combed-back, soft-spoken developer, Michael Beatty.

The mayor is now billing Beatty’s glitzy development as the next big thing, a once-in-a-decade opportunity to “grow” the city and establish a broader beachhead of affluence on the shores of the harbor.

J.P. Grant may be out of the limelight, but he hasn’t been forgotten. He can take comfort in the multi-million-dollar lease financing contracts he has struck with the city over the years. He’ll no doubt be getting more.