A second body in less than a week was found floating this afternoon in the canal along Lancaster Street, two blocks from tony Harbor East and adjacent to the Living Classrooms facility on Caroline Street.

The police department’s marine unit fetched the body around 3:30 p.m. from the murky waters, alongside a brick promenade frequented by strollers and joggers.

Clad all in black, the body remained unidentified tonight. There were no apparent signs of foul play, although the medical examiner has not yet ruled on the cause of death.

Last Tuesday, Douglas Paige, 58, was found dead in the same canal, about a block from today’s body. Again, there was no sign of foul play. Police are investigating whether there could be a link between the two deaths.

About the photos used with this post: They were taken by citizen activist Kim Trueheart who was bicycling along Lancaster Street minutes after the body was retrieved from the water.

This cluster marks Ms. Trueheart’s impromptu debut as the Weegee of Baltimore. 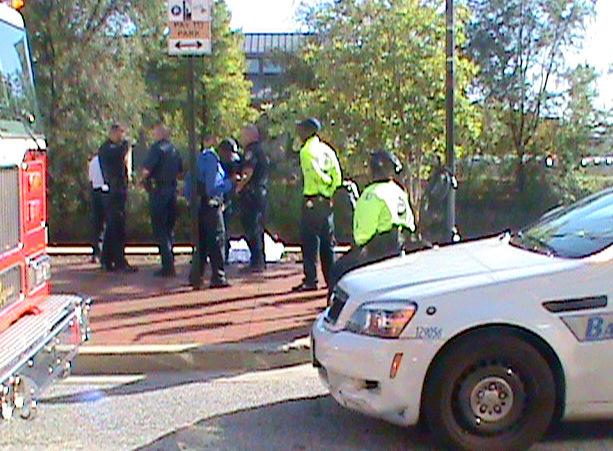 Police stand beside body under the white sheet. Below: a sneakered foot protrudes from the sheet. (Both by Kim Krueheart) 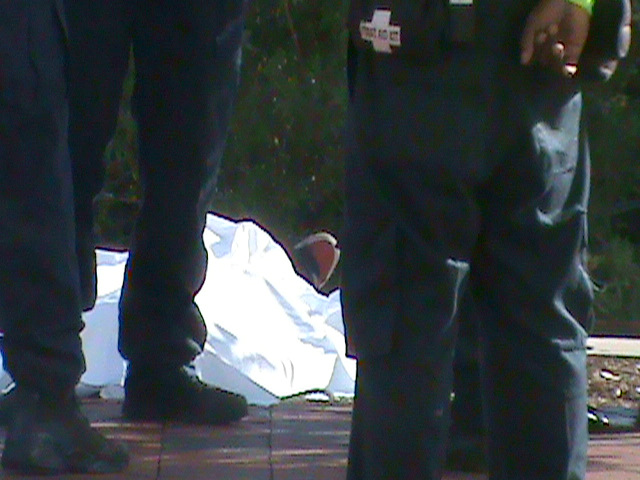