Democratic gubernatorial candidate Douglas F. Gansler today selected Jolene Ivey, a delegate from Prince George’s County, as his running mate, bypassing several Baltimore politicians who had been on his shortlist.

“As a mother, volunteer, broadcast journalist, and delegate, Jolene Ivey has been a voice for women, families, and other Marylanders in need of an advocate,” Gansler said in a written statement today. 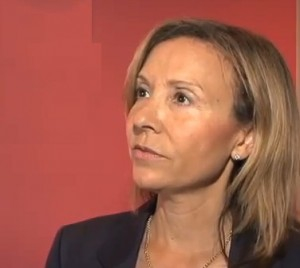 “Her legislative record is one filled with determined efforts to pass legislation that protects families, children, and small businesses,” he added.

Even before today’s announcement, Brown had a virtual lock on endorsements in Baltimore led by Mayor Stephanie Rawlings-Blake. (All local and state elected posts in the city are held by Democrats).

His selection of Ivey means that both Gansler’s and Brown’s teams lean geographically to the counties surrounding Washington, not to the state’s largest city. Brown’s choice for lieutenant governor is Ken Ulman, the Howard County executive.

Gov. Martin O’Malley, a former Baltimore mayor, will be termed out of office next year. He has set his sights on a higher office in Washington.

Over the weekend, Gansler’s candidacy was rocked by a Washington Post report that he ordered state troopers assigned as his drivers to operate at high speeds and run red lights on his way to routine appointments.