The western side of the lake, a hallowed place for strollers and joggers, would be drained of water, replaced by two large underground tanks and turned into open space.

The truncated lake – no longer used to store public drinking water – could be converted into a recreational facility, with a boat house, fishing pier and yacht club all possible, Art Shapiro, chief of engineering for the Bureau of Water, told an audience of about 50.

The city’s latest “design concept” shifts the underground storage tanks away from parkland northwest of the lake. An earlier plan, which would have destroyed Taylor’s Grove and many old-growth trees, was roundly criticized by park advocates at a meeting last February.

Last night’s proposal got a better reception, although one audience member complained to Shapiro, “Your idea is to sacrifice the lake to save the trees.” 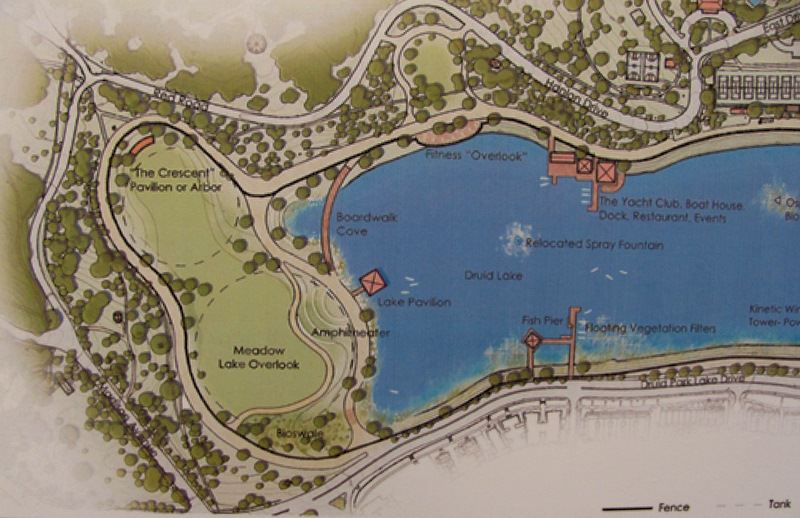 About 10 acres of Druid Lake would be drained for the placement of two underground tanks – one 400 feet and the other 550 feet in diameter – then converted into open space and a possible amphitheater. (Department of Public Works)

But park advocates wondered if the lake’s water would turn stagnant – or even evaporate – once it was bypassed and maintained solely for recreation by the city.

“We would keep it alive,” Shapiro promised, saying his office would “figure out” a way to either direct ground water into the lake or bleed off enough drinking water to keep it filled.

City Councilman Nick Mosby, whose 7th District covers the park, applauded the new design, saying it was much less intrusive than the prior plan and could lead to new amenities at the park.

A Pledge Not to Cut Down Trees

Would existing trees or historic monuments be removed during the three years needed to build the storage tanks, several audience members asked. Bill Vondrasek, chief of parks, said the construction zone would be restricted to inside the present walkway on the western edge of the lake.

Asked exactly what that meant, Vondrasek said, “It’s a pledge not to cut the trees down.”

Shapiro emphasized that the new plan would make the lake accessible to strollers and joggers during construction by providing a walkway along a coffer dam built to drain off the lake’s western portion.

In addition, Swann Drive would no longer be closed to traffic, allowing park users access to the east side of the park, where the tennis courts and municipal swimming pool are located. 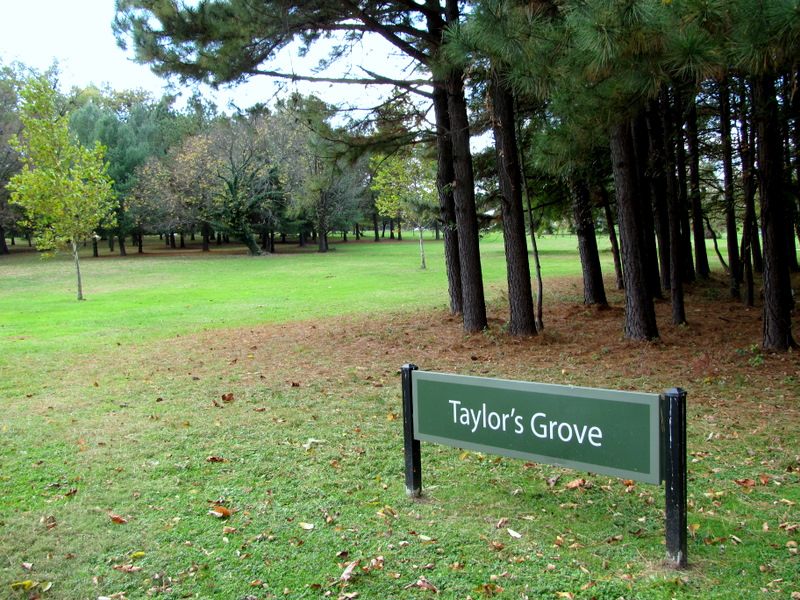 Taylor’s Grove, northwest of the lake, would be saved under the new plan. (Photo by Mark Reutter)

The project – one of many “unfunded mandates” required by the Environmental Protection Agency (EPA) to upgrade Baltimore’s aging water and sewer systems – would be costly.

Shapiro put the price at between $116 million and $130 million, with a portion of the expenses to be paid by Baltimore County and other non-city users. The EPA requires that the work be completed by December 2018.

Originally, the Bureau of Water sought to meet the federal mandate by treating water leaving Druid Lake with ultraviolet light and chlorine to kill residual bacteria or pathogens. A treatment plant was planned near the 28th Street Bridge over Jones Falls.

Incoming water chief Rudolph Chow vetoed the idea, saying the ultraviolet technology would eventually have to be replaced by fully covered storage facilities. Whitman, Requardt & Associates was tasked to design the tanks and pipelines needed to feed and distribute water to and from the underground facility.

There were many questions last night about whether the recreational lake was a “pipe dream” given that it would be run by the chronically-underfunded Recreation and Parks Department. 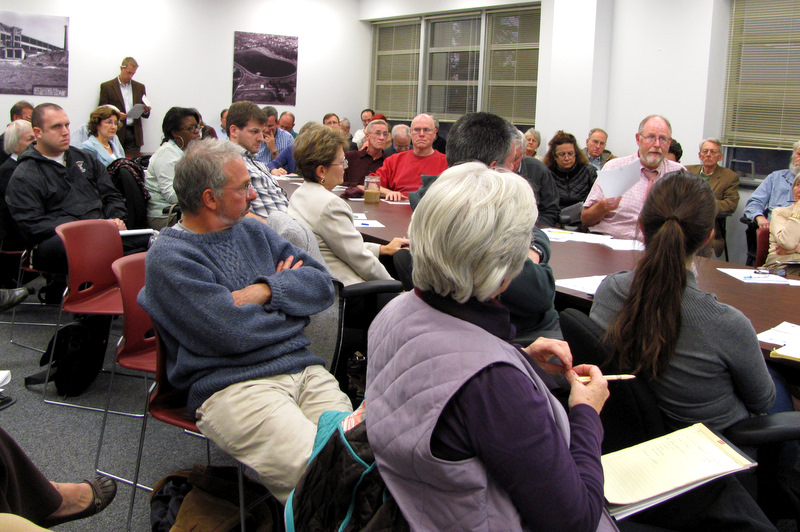 Agency officials said they were “committed” to developing a world-class facility, but gave no detailed answers about possible funding sources.

Shapiro said Public Works was committed to transparency throughout the process of building the storage tanks and reconfiguring the lake.

“We’re going to give you peace of mind every step of the way,” he said. Several audience members suggested that the department should start by setting up a website to provide more information on the project.

Kathleen Kotarba, executive director of the City Commission for Historical and Architectural Preservation, announced that CHAP would hold hearings, after more detailed plans are developed, since the lake is part of a historic area. The statues and other monuments at the park are also monitored by the Maryland Historic Trust. 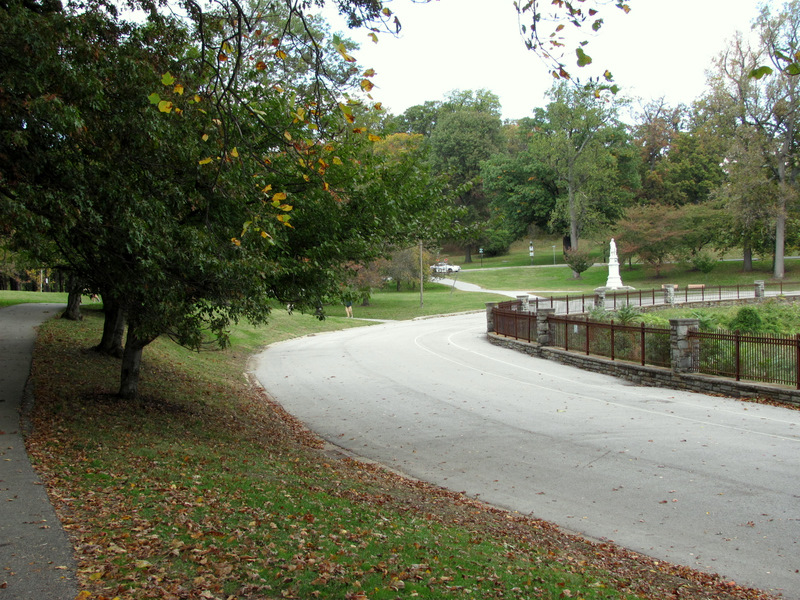 The perimeter walkway and statuary on the northwest side of the lake would be preserved, the city says. (Photo by Mark Reutter)