Young’s endorsement leaves City Comptroller Joan M. Pratt as the only major officeholder in city government not to throw her support behind the lieutenant governor – the handpicked choice of outgoing Gov. Martin O’Malley, who is term-limited from succeeding himself and is busy testing the waters for a presidential run.

In an email sent by the Brown campaign to the media, Young was quoted as saying, “Because of Anthony’s hard work, thousands of Baltimoreans now have access to the quality and affordable medical care they need in our new Health Enterprise Zones. And he’s brought thousands of new jobs and increased infrastructure funding to our region through the Base Realignment and Closure process.”

Brown is considered far ahead of his chief Democratic Party opponent, Attorney General Douglas F. Gansler, whose campaign went through a series of stumbles when it was revealed that he ordered his state-trooper drivers to turn on the siren in routine traffic situations and was caught on camera appearing at a teen beach party attended by his son. 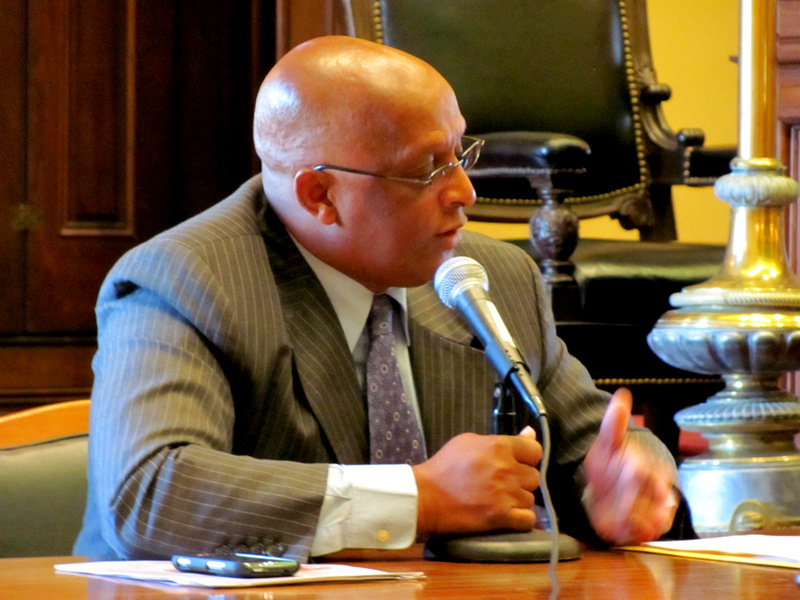 Brown’s smooth trajectory to the Governor’s Mansion – greased by the fundraising prowess of Colleen Martin-Lauer, who also fund raises for the mayor and many sitting City Council members – has hit a few bumps itself.

The latest U.S. Department of Labor report shows that Maryland employers shed 8,900 jobs in September and October, nearly all of them before the partial federal shutdown.

Continuing snafus with the state’s online health insurance exchange has led to attacks by Gansler that Brown is evading responsibility for the program’s shortcomings and low enrollment by consumers.

Brown co-chaired the state efforts to promote the health insurance network and is one of its most vocal advocates.

Yesterday the program’s executive director, Rebecca Pearce, resigned following news that she went on vacation in the Cayman Islands without any email, phone or text contact with her struggling office.

MARCing to Baltimore with a White House Guest

Young’s endorsement came as Brown opened a campaign office in Baltimore today after traveling to the city from Washington on the first day of MARC’s new weekend train service on the Penn Line.

Brown was accompanied by Mayor Rawlings-Blake, who last night tweeted a picture of herself beside a large Christmas tree with the note: “Happy Holiday from the #WhiteHouse. Have a great weekend #Bmore.”

On the federal level, the Brown-Ulman team has gotten the nod from the state’s two U.S. Senators, Barbara A. Mikulski and Ben Cardin, as well as Congressmen Elijah Cummings, Steny Hoyer and John Sarbanes. 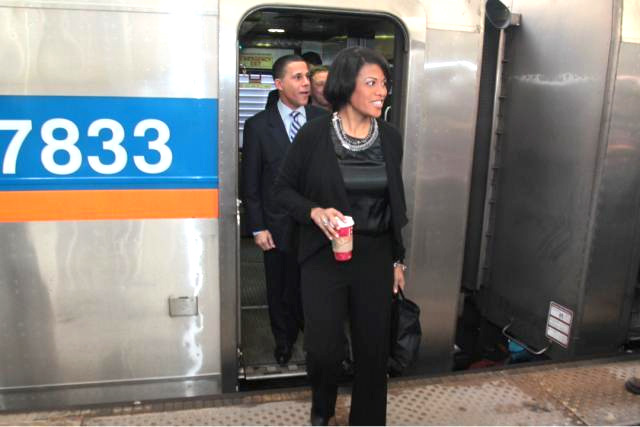 Mayor Rawlings-Blake accompanied Lt. Gov. Brown on his trip to Baltimore this morning to open his campaign office in the city. (Tweeted from @MayorSRB)