Take a closer look at the photo above.

Sitting in the tractor seat – his smile jaunty, his body pretty much ending at the seat – is Baltimore’s Johnny Eck.

The sideshow performer (1911-1991) is being remembered and celebrated in a display at the Maryland College Institute of Art that includes more than 200 photos, artwork and personal objects.

For such a small man, Eck lived a life that was truly large – he was an artist and sculptor, a race-car driver, an illusionist, ran a miniature railroad amusement, made Punch-and-Judy puppets and put on shows with them. He was featured in the 1932 cult classic “Freaks.” 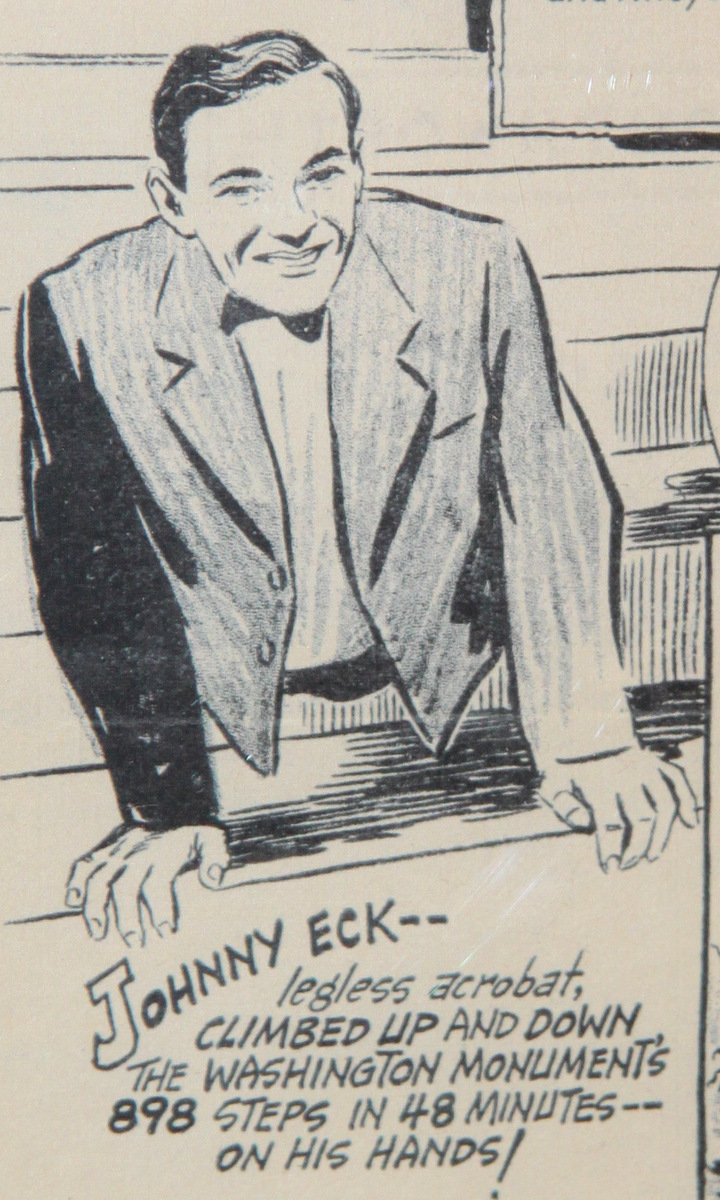 Eck’s exploits were celebrated in films, comic strips and around the world. (Photo by Fern Shen)

He was famed for his one-armed handstands. He performed for the Ringling Brothers, Barnum and Bailey circus.

He once climbed the Washington Monument, using only his arms, scaling the 898 steps in 48 minutes.

He was in Tarzan movies with Johnny Weismuller.

Clearly nothing but a vast and ambitious show like this would begin to do him justice. Here’s an also pretty-vast effort – a long piece by Stephanie Shapiro about Eck and fans working to tell his story.
_______________________
The exhibit, which is free, runs through March 16. It’s in the Decker Gallery at MICA’s Fox Building, 1303 W. Mount Royal Avenue). Open Mondays through Saturdays from 10 a.m. to 5 p.m. and Sundays noon to 5 p.m.