Thinking big, the awards will include funding for what promises to be Baltimore’s tallest mural on the J. Van Story Branch building near North Avenue and a giant pig along Martin Luther King Blvd.

Now in its third year, the prizes come at a time when the city’s public art program has been under question for sponsoring a $50,000 project by high-profile New York graffiti artist Steve ESPO Powers.

The painter’s “FOREVER TOGETHER” pop-up signage across a row of vacant houses set to be demolished sparked criticism. A $27,500 grant to fund another “Love Letter” wall mural by Powers on Russell Street has been deferred at the Board of Estimates. The project is again before the board at its meeting tomorrow.

Under the program, qualified community-based nonprofits can be awarded up to $30,000 to support public art. This year’s awards feature several prominent local artists. Previous winners include the community groups that collaborated with artists to create five elephant sculptures unveiled at Druid Hill Park last month.

Here is a brief description of this year’s winners:

Residents of Pigtown will work with Baltimore artist Rodney Carroll to erect a sculptural weather station featuring a very large version of the neighborhood’s mascot: a pig. 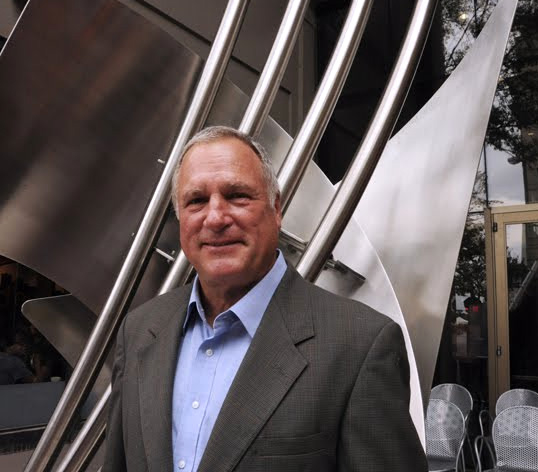 The 35-foot-tall stainless-steel installation will be located at Martin Luther King Blvd. and Washington Boulevard. Carroll also designed the well-regarded “Firebird” sculpture near the Meyerhoff Symphony Hall and the likeness of former Mayor William Donald Schaefer at the Inner Harbor West Shore Garden.

Artists Katey Truhn and Jessie Unterhalter will collaborate with the community to build a “Children’s Garden” at Harford Road and 32nd Street. The garden will include a dozen 8-x-10-foot kinetic sculptures that will “grow upward” like trees, creating a forest of color in a now-vacant lot.  The sculptures will be topped with wind-responsive mandalas that will be designed with the community through drawing workshops.

Truhn and Unterhalter are part of the “Articulate Baltimore” group of wall and street painters. 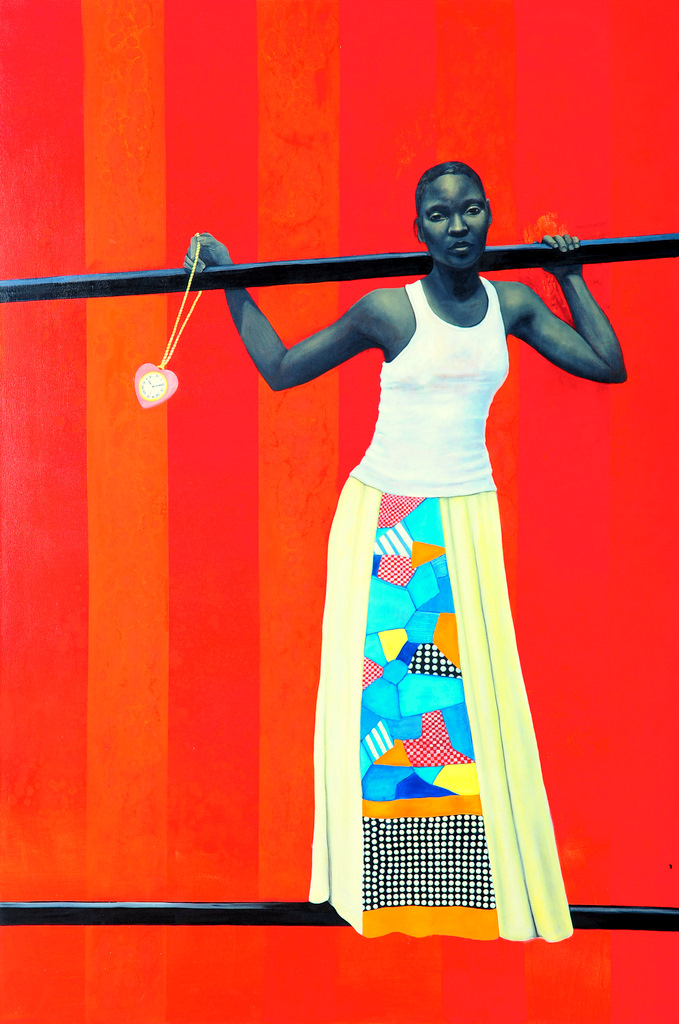 A large-scale version of this painting is planned for the J. Van Story Branch building. (amysherald.com)

Amy Sherald will install a large-scale version of her painting, “Equilibrium,” on the side of the J. Van Story Branch building at 20th Street and Maryland Avenue.

The mural is meant to be be visible from the Jones Falls Expressway, Druid Hill Park and throughout West Baltimore.

The 20-story public housing building has been undergoing an extensive waterproofing facade restoration and is slated to be sold to private investors as part of the RAD (Rental Assistance Demonstration) project.

The arts group also is planning to expand its “Eastern Lights” installation, using recycled materials to light up Eastern Avenue for six months of the year. 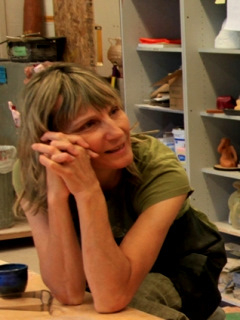 Artist Laure Drogoul will bring together dozens of local artists and arts organizations in the 11th annual Transmodern Festival, a week-long arts festival in celebration of the Equinox.

The festival in downtown’s Bromo Tower Arts and Entertainment District will feature a parade of lights, workshops, participatory art as well as performances of music, dance and theater.

Drogoul works in a wide range of media, including large-scale public projects that invite the viewer to be an active participant. She received the Janet and Walter Sondheim Prize in 2006.