To replace or not to replace – that is the question facing CHAP, Baltimore’s preservation commission, as it weighs the hazards of lead paint against the value of retaining original architectural features on historic buildings.

The changing landscape of science and law – the federal government’s lowering of the acceptable level of lead exposure and Maryland high court’s removal of a liability cap for victims of lead poisoning – has led the Commission for Historical and Architectural Preservation (CHAP) to revisit its rules requiring landlords and developers in city historic districts to repair rather than replace windows and other exterior details.

The commission is expected to vote on redrafting its rules regarding lead paint at its next meeting in August.

The issue arose when a development group known as Three Cowboys Holding Co. sought CHAP permission to replace the original windows of an 1840s Georgian mansion under restoration on Lanvale Street in Bolton Hill. Three Cowboys argued that high levels of lead paint found in the windows exposed them to potential lawsuits by tenants moving into the building.

Endangering Children or Opening a Loophole?

In public testimony last week, several groups lined up to give differing views on how the commission should handle the lead hazard question.

The Coalition to End Childhood Lead Poisoning asked the commission to permit developers to use substitute windows – made of wood, metal or even vinyl – on buildings that tested high for lead paint.

While “unintentional,” CHAP ‘s current policies are “placing children at greater risk of harm for lead poisoning or are aiding in the continuation of lead poisoning in cases where a child in the home already has an elevated blood lead level,” said the coalition’s executive director, Ruth Ann Norton.

In response, Bolton Hill’s Architectural Review Committee argued that CHAP “is not a health and safety agency” and should not get into the business of deciding when and where replacement windows are better than stripping away the old paint. 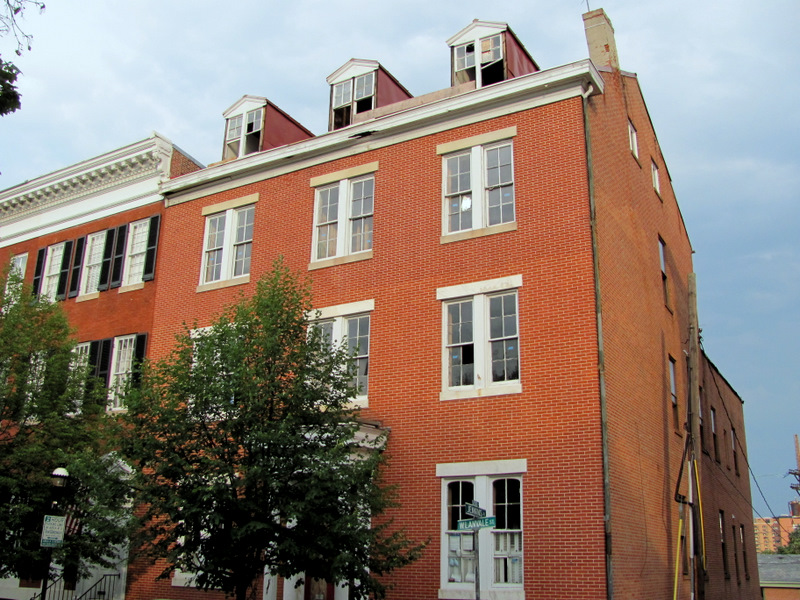 A request to replace the original windows of this 1840s mansion in Bolton Hill prompted CHAP to review its rules on lead paint. (Photo by Mark Reutter)

Already, a host of government agencies are responsible for monitoring lead exposure in buildings and for testing children, said David King of the Bolton Hill group.

“Our underlying concern is that some developers and landlords will use [lead paint] to justify wholesale or even piecemeal replacement of existing historic windows with inexpensive ready-made replacement products that are ‘close enough’ to the original,” King testified.

Retired Judge Thomas Ward – who as a city councilman introduced the legislation that formed CHAP – called the proposed lead paint rules, as now drafted, overly general and said they could result in “massive” changes in historic preservation.

“It is not what we are about,” Ward said in an interview.

The debate may sound academic, but it has a direct impact on the rehabilitation of old or vacant houses in upscale communities such as Bolton Hill, Dickeyville, Fells Point, Mt. Vernon and Mt. Washington, all of which are under the jurisdiction of CHAP.

The agency also has authority over the exterior architecture of poorer neighborhoods such as Jonestown, Madison Park/Eutaw Place, Marble Hill and Sharp-Leadenhall whose 19th-century housing stock has suffered from decades of disinvestment.

Without citing examples, Norton argued that overly-stringent preservation rules have hobbled reinvestment in these communities. CHAP’s rules also fail to consider the high number of existing properties missing original architectural details, according to Norton, which makes the fuss over retaining original windows and doors on other buildings overblown.

Countering these claims, preservationists say that developers and homeowners receive lucrative property tax credits for historic restorations and should be held to an exacting standard of accurate preservation.

Dickeyville resident Duncan Hodge asserted that any replacements of windows and doors that test positive for lead paint should match the original elements in size, type, configuration and other details.

What both sides can agree on is that a 2012 ruling placed a heavy burden on property owners seeking to rehabilitate historic buildings. 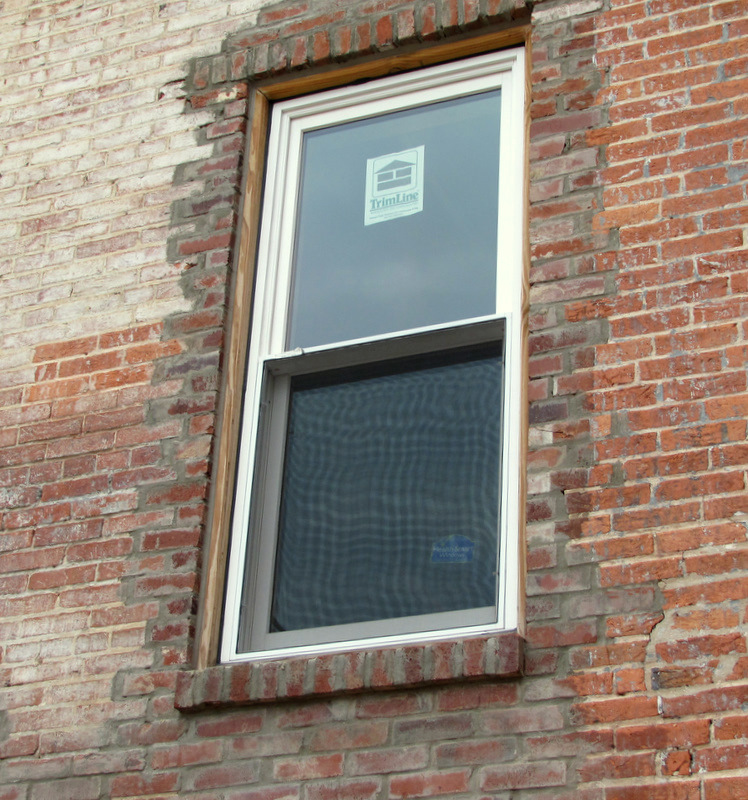 The rear of the Bolton Hill mansion already has been fitted with replacement windows of apparently different dimensions from the original openings. (Photo by Mark Reutter)

The decision by the Maryland Court of Appeals essentially removed a $17,000 cap on payments to victims of lead poisoning by property owners who complied with Maryland’s 1994 lead reduction law.

The law set up various procedures to reduce the risk of lead poisoning.

The Maryland Department of the Environment (MDE) was given responsibility for inspecting properties for lead paint, while the Baltimore Health Department set up performance standards for contractors undertaking lead abatement.

Only 22 of the cases were in historic districts governed by CHAP rules, while the vast majority were in newer rental housing.

At the same time that lead poisoning cases have plummeted, the threshold level set by the Centers for Disease Control for lead exposure has been cut in half.

The problem no longer stems so much from children eating chipped paint on window sills as from absorbing lead-contaminated dust coming from the friction of windows or doors opening and closing.

According to Norton, it takes only three granules of lead (each the size of sugar flakes) to poison a child. While stripping layers of lead paint off wood greatly reduces the level of lead exposure, lead leaches into wood and, over time, can become a hazard again.

CHAP commissioners have asked staff to revise the proposed lead paint rules to make sure that the option of new windows is more carefully defined.

For example, old windows not subject to opening and closing would not necessarily qualify for replacement, and developers seeking to remove original fixtures would need to supply CHAP with detailed drawings of substitute materials and designs.