“You rarely see a boarded-up window in a white neighborhood,” said Shanna L. Smith, of National Fair Housing Alliance (NFHA), which has filed a four-state complaint with the U.S. Department of Housing and Urban Development against Florida-based Cyprexx. The properties may be vacant, she said, but they are well-kept.

By contrast, in non-white areas, the group found not only boarded windows but weeds, dead shrubs and tall grass, unsecured doors, broken steps and railings, holes, vermin and piles of trash. The trend was most pronounced in Baltimore, although the group also looked at Kansas City, Orlando, Fla., and Richmond, Va. 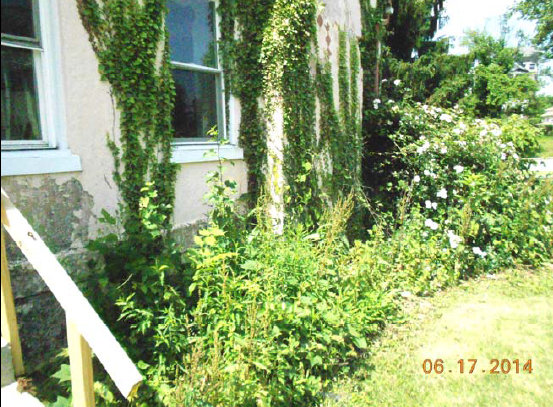 “They were clearly at the top of the list,” Smith said.

The complaint, filed yesterday, alleges that Cyprexx violated the Fair Housing Act by maintaining Fannie Mae-owned or controlled Real-Estate-Owned properties (REOs) in a state of disrepair in predominantly African-American, Latino or other non-white communities, while maintaining them in predominantly white communities in materially better condition. 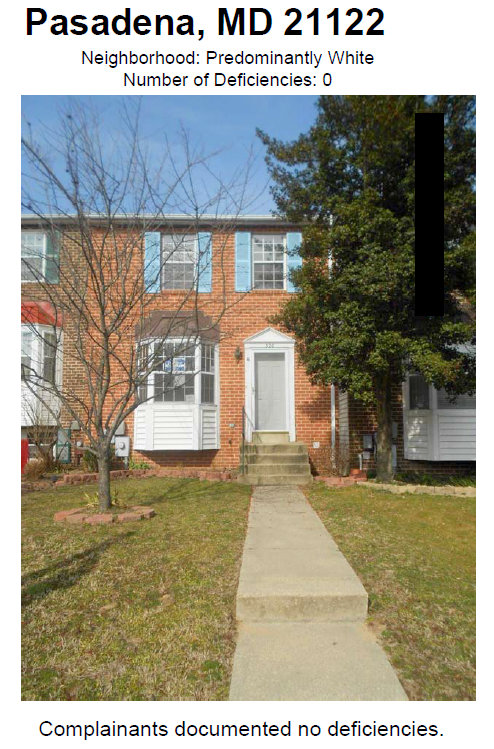 Phone calls and an email to Cyprexx were not returned.

“We’re not talking granite counter-tops,” she said in an interview with The Brew.

“It’s mowing the lawns. Making sure the gutters and downspouts are clear so water doesn’t back up and cause roof damage,” Smith continued, calling the matter “a business issue as well as a civil rights issue.”

A Study in Black and White

In Baltimore, the group investigated 26 Fannie Mae properties in the city and suburbs serviced by Cyprexx – including 20 in predominantly African-American communities and six in communities that were predominantly white. They conducted their research in 2011, and 2012 and returned a few months ago to confirm it, Smith said.

Among their findings cited in the complaint:

• 33% of properties serviced for Fannie Mae by Cyprexx in predominantly white communities had zero deficiencies, while none of  those investigated in black communities were deficiency-free. 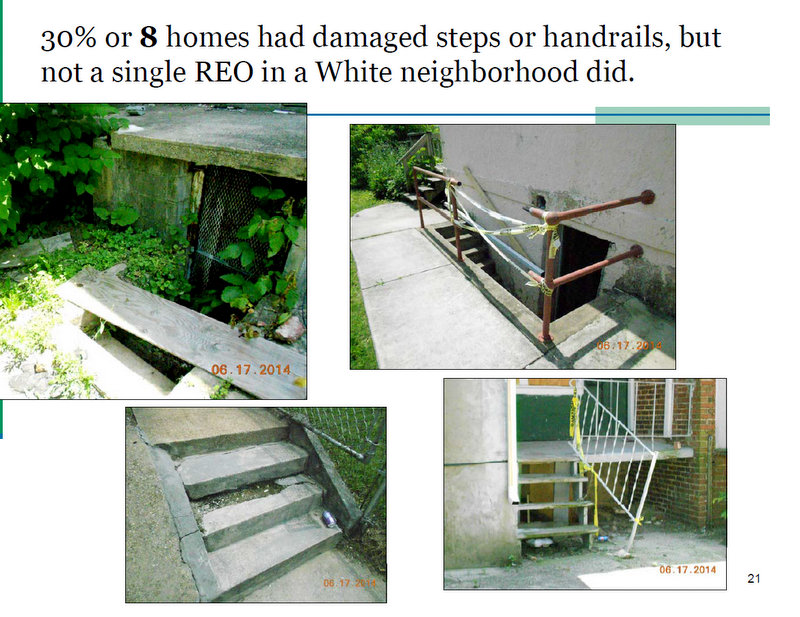 Racial disparities alleged in Baltimore include this from the National Fair Housing Coalition’s Power Point.

• 30%  in black communities had five or more deficiencies, compared to zero in the white communities.

The National Fair Housing Coalition and its member organizations have been targeting not just Fannie Mae, but other government and private lenders responsible for the nation’s vast inventory of foreclosed homes as a result of the housing market collapse.

The entities they have filed complaints against include Bank of America, Deutsche Bank and U.S. Bank, with some responding better than others, according to Smith.

“Freddie Mac has made improvements – they implemented a new business model,” Smith said. “You can tell a Freddie Mac home now. It has a sign and it’s clean.”

By contrast, she said, Fannie Mae has made few changes.

“We haven’t had a working partnership with them since we filed against Safeguard,” she said. “They haven’t been in communication with us since the spring of 2013. You would think they would be very concerned.”

Smith said city governments could take similar action against lenders and their maintenance contractors. “They could document this. They have the data,” she said. “They have the police fire and rescue calls. They have the nuisance abatement calls.” 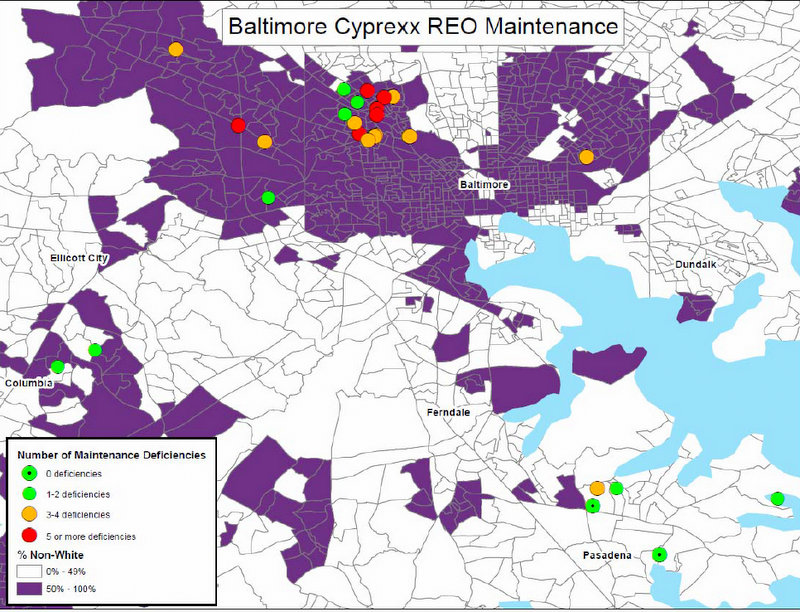 The impact of vacant blighted foreclosure properties on cities like Baltimore, she said, is huge.

“In neighborhoods that used to have high home ownership, and now you see six, seven, eight boarded-up homes and these banks and Fannie Mae are just not taking care of them and that for the neighbors is just devastating,” Smith said. “Their property values go down, they can’t get loans, they can’t sell their houses.”

Visiting the vacant homes, investigators saw and heard the rats scurrying about in the grass and weeds and heard about the misery of living next-door to one of them from neighbors.

“The neighbors said, ‘Don’t go to the yard, it’s full of fleas,’ but the investigators went anyway – they got all bitten up.”

Asked why she thought contractors cut corners in poor minority neighborhoods, Smith speculated that they believe no one will complain.

“In the white neighborhoods, they get nervous. They think someone might report them to Congress,” Smith said.