How can you turn a vacant lot into a community green space, or get rid of a nuisance house?

What’s the best strategy for organizing your neighbors around a common goal – or settling a neighborhood dispute?

The Southeast Community Development Corporation (SECDC) tackled these questions and others at their Neighborhood Leadership Collaborative, a series of workshops, held at the Patterson Park Public Charter School, over the weekend.

The event, the first for the SECDC, was inspired by the Greater Homewood Community Corporation’s Neighborhood Institute, held earlier this year, said Agatha So, a SECDC community organizer, who planned the fair.

“Many of our residents wanted to attend and couldn’t make it to North Baltimore, so we decided to host our own and put it in a more relevant context for the southeast Baltimore region,” So said.

While the SECDC currently focuses on housing and community development (it also runs Highlandtown Main Street and the Highlandtown Arts and Entertainment District), its roots are in community organizing.

The group spun off from the Southeast Community Organization (SECO) in the 1970s. SECO was one of the community organizations that protested the proposed “east-west” Interstate highway that would have cut through Fells Point and Federal Hill. 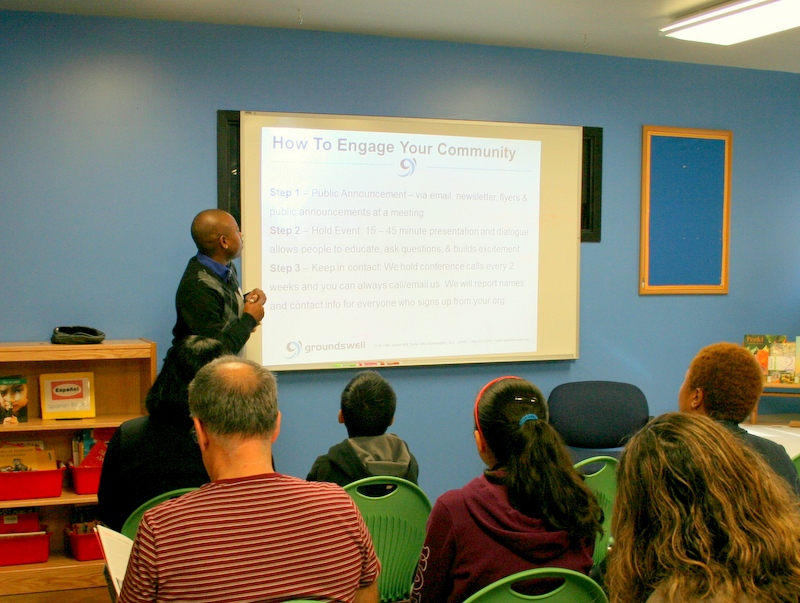 “SECO taught people how to organize their neighborhoods and take responsibility for their communities,” she told the room of 50 attendees, about a third of whom were Latino.

She compared today’s multi-ethnic southeast to the Italian, Polish, Irish and German families that she grew up with.

Krysiak, who is Polish, said her family had been in America for several generations, but it took “a long time” before other residents considered her family truly “Americans.”

The former state delegate encouraged recent immigrants to become engaged in their communities.

“You are the third generation I’ve seen walk into this challenge. Keep your eyes and your arms open and invite new people along the way,” she said.

Beth Braun, president of the Butcher’s Hill Association and a longtime southeast Baltimore resident, came to the fair for the workshop on inter-generational relationship building.

The demographics of Butchers Hill, Braun said, are changing, and she wants to reach out to the new residents, many of whom are parents. 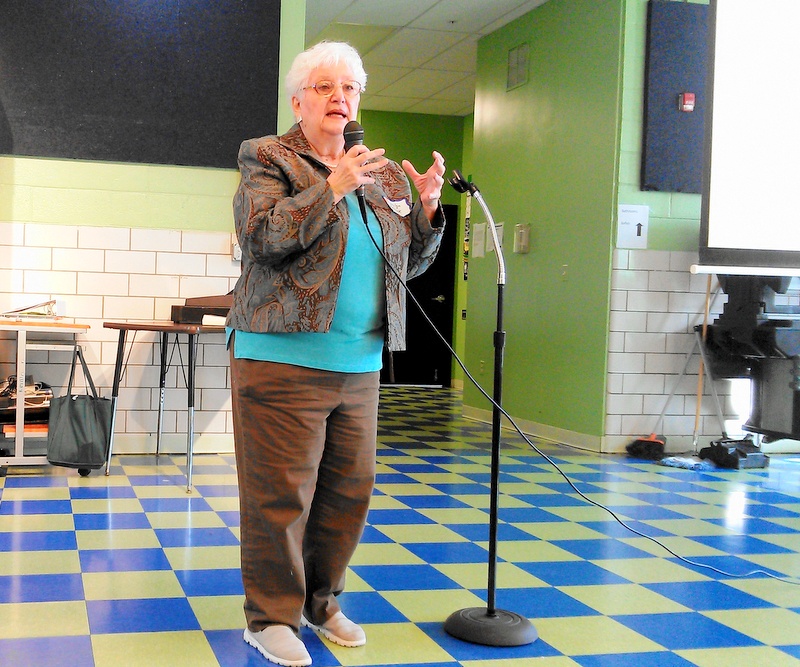 “For years, when people had children they left Butchers Hill. Today, the neighborhood is predominately made up of adults over 40 or 50,” she said. “But now, because our schools have improved, people are staying longer and we are getting young families.”

Braun wants to attract these new families to her association. “We need new blood, new ideas. We want to host events that they will want to come to,” she said.

“Has someone older or younger than you done something to support you in your neighborhood?” he asked the workshop participants.

Smith, a parent of young children, explained how his own neighbors had created a green space in his urban community and how this helped contribute to his family’s sense of ‘belonging’ in their neighborhood.

“People Have to be Excited and on Board.”

Moise, an activist for urban communities, LGBT rights and the environment, explained the concept of a campaign and the importance of focusing on what residents are truly passionate about.

“People have to be excited and on board. You don’t want to be herding cats or pulling teeth,” she said. “You also need to have clear, feasible campaign goals. I’ve seen many worthwhile campaigns bite the dust because the goal was not clear to everyone.”

During lunch, attendees had a chance to meet with representatives from community resources, such as the Public Justice Center, Centro Sol, a Latino-focused health program at Johns Hopkins, and Big Brothers, Big Sisters.

One resident asked why the Inner Harbor had more trash cans and seemed cleaner than other parts of the city, particularly communities north of Fayette Street.

“They pay for them and they pay for pickup,” Scott said regarding the trash. (Some of the trash receptacles at the Inner Harbor are funded by sponsors, such as Under Armour; the Waterfront Partnership also has its own clean team).

Scott encouraged the resident to contact him or Kraft regarding more corner cans for her neighborhood.

Another resident wanted to know if the newly expanded rolls of Section 8 housing would have an impact on the southeast, and if neighborhoods had Section 8 “quotas.” 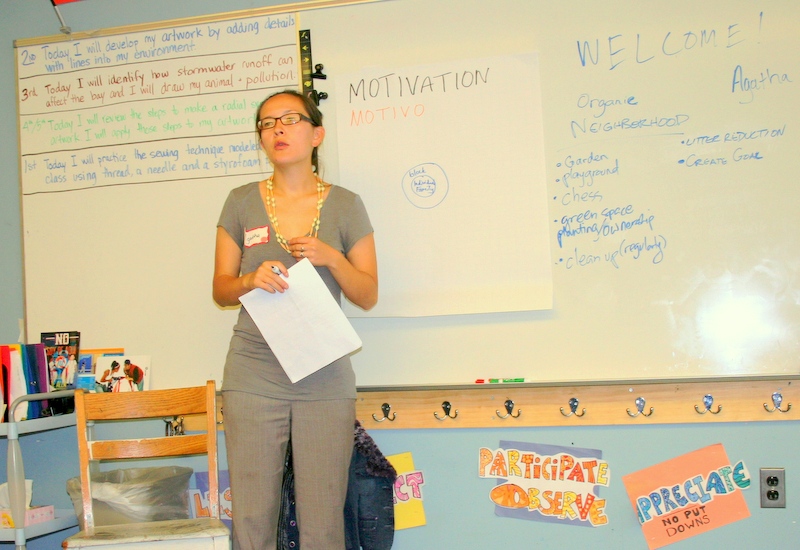 Event organizer, Agatha So, of the Southeast CDC. (Photo by Danielle Sweeney)

“Voucher holders choose where they want to live,” said Kraft. “There are no quotas for neighborhoods for Section 8.”

Kraft encouraged the questioner not to rush to judgment on Section 8 voucher holders.

“Just because you use a Section 8 voucher doesn’t mean you’re a bad person. People get in trouble. They lose their jobs. Section 8 can give people the help they need to take care of their families,” he said.

“Some of the voucher holders are already your neighbors.”