The Baltimore State’s Attorney’s office acknowledged today that city police deployed a Taser on unarmed hospital patient George V. King six times in an attempt to subdue him, but concluded that his death after the May 7 incident was due to “natural causes,” according to a report released today.

No charges will be filed against the officer who shocked the 19-year-old teenager with the Electronic Control Weapon (ECW) or the other officer who punched and choked him during a lengthy struggle at Good Samaritan Hospital, according to the two-page report from the office of State’s Attorney Gregg L. Bernstein.

A combative King went into a coma after the struggle, which also involved five hospital security guards. Five days later, on May 12, he died.

An autopsy conducted by the Office of the Chief Medical Examiner attributed King’s death to an underlying condition – “an acute epidural abscess and meningitis with complications.”

The lawyer for the family of the teenager said the experts they consulted found the Medical Examiner’s conclusion so erroneous “they laughed at them.”

Microscopic neuropathology examination, as part of the autopsy, “revealed an abscess on the spinal cord and infection of the membranes surrounding the brain, leading to the extensive destruction of the cells comprising the brain, which likely contributed to the cardiac arrest,” according to the statement from Bernstein’s office.

“The autopsy revealed no credible evidence that either the restraint of the decedent by medical personnel or law enforcement, the use of the Taser, or the administration of any of the sedating medications caused or contributed to Mr. King’s death,” the statement added.

Templeton said he is still preparing his case and reviewing “the many things that happened that are not in this report” and reviewing the care King received at the hospital.

As for the King family, Templeton said they are “shocked and disappointed to say the least that no one is being charged for what happened that day.”

According to the narrative released by the State’s Attorney, King was brought to the hospital last May 6 by a Department of Social Services worker “after he suffered at least four seizures.”

Here’s the rest of the summary that the State’s Attorney released today:

The next day, medical staff moved Mr. King to the ICU after he suffered another seizure. Mr. King objected to being moved, and stated repeatedly that he did not want to remain in the
hospital.

Around 4:30 p.m., Mr. King became aggressive, combative and disoriented, possibly because of the medication he had been given, resulting in a switch to different medication. He removed an IV from his arm, and attempted to strike a pregnant nurse who tried to reinsert the IV, prompting two security officers to respond to the room who observed Mr. King removing IV lines from his body while stating that he did not want to stay at the hospital. Three additional security guards responded to the room and attempted to place Mr. King in “soft” restraints.

The decedent fought with the five security guards, kicking, swinging his arms, screaming, and pushing the security officers and medical staff off him. All the witnesses at the scene advised that Mr. King was unable to be controlled.

At 5:22 p.m., nursing staff called the police. Two police officers, James Wynne and Thomas Hodas, arrived to the ICU at 5:38 p.m. The officers attempted to calm Mr. King but he remained combative. The officers warned Mr. King that if he remained aggressive, they would deploy a taser.

Mr. King told the officers to tase him and took a step towards them in an aggressive manner. Officer Hodas deployed his taser by firing two prongs, which struck Mr. King in the chest. Mr. King continued to move toward the officers, and Office Hodas used the taser a second time. 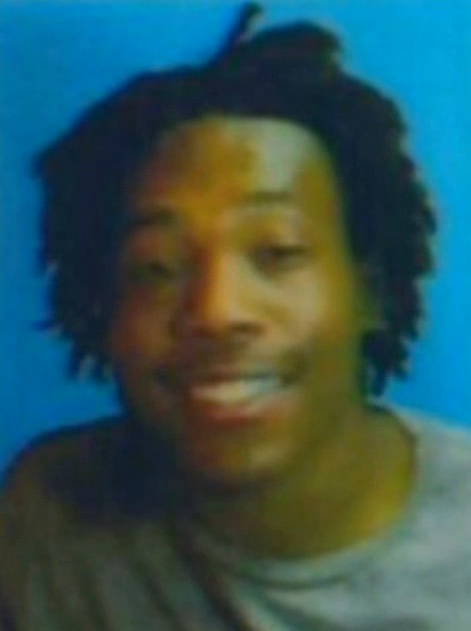 George V. King died following police use of a Taser on him at Good Samaritan Hospital. (Photo credit: wbaltv.com)

The nursing staff, hospital security, and the police officers were then able to hold Mr. King down long enough to place him on one of the beds in the room and attempt to place soft restraints on his arms and legs. Mr. King began to kick and push at security staff and officers for an extended period of time. Despite their efforts, the hospital personnel and the officers were unable to control Mr. King or place the restraints on him.

As a result, approximately 22 minutes later, Officer Hodas used the taser a third time, using the “drive-stun” method in which the CEW is placed against the individual’s skin and results in pain stimulus, but not the full electrical circuit that occurs with the taser’s prongs. Still, the officers, guards, and medical staff could not get Mr. King into restraints.

Officer Hodas ultimately used the taser via the drive-stun method an additional three times over the course of ten minutes. Mr. King then became cooperative and was placed in arm and leg restraints. At some point during this prolonged struggle, Mr. King turned his head and attempted to bite a nurse who was assisting with the incident. In response, Officer Wynne struck Mr. King several times, and one witness reports that Officer Wynne choked Mr. King in a further effort to subdue him.

Sometime between 6:30 p.m. and 7:10 p.m., and after Mr. King had finally been subdued and placed in restraints, he went into cardiac arrest, which caused a depletion of oxygen to his brain. Medical staff resuscitated Mr. King, but he remained unconscious and suffered two additional seizures. Mr. King was maintained on life support until May 12, 2014, at which time he was declared brain dead and the ventilator was disconnected.