UPDATED – The body of a Baltimore fire safety officer was found in a vacant rowhouse on North Avenue hours after firefighters had left the scene of a fire next door, Fire Chief Niles Ford announced today.

Lt. James Bethea, a 41-year veteran of the force – and a man Ford described as a “mentor” and “father figure” to younger colleagues – was found dead in the basement of 710 East North Avenue, Ford said.

Speaking to the media today at fire department headquarters at a hastily called and somewhat chaotic news conference, Ford acknowledged that many questions are yet unanswered about the timeline and circumstances of his death.

Ford said firefighters and Bethea had responded to a call of a “working fire” at 708 East North Avenue at 12:29 a.m. The fire was declared under control at 12:46 a.m. Some units and Bethea remained on the scene.

Bethea was “put in service” – that is, he notified dispatch that he was ready for his next service call – about 3:30 a.m. He was never heard from again, Ford said.

Ford would not say when Bethea’s body was discovered, but did say that Bethea’s city vehicle was found unattended on North Avenue at about 6:50 a.m. by an off-duty member of the department.

“We then returned back to the scene and that’s when we discovered the situation,” said Liaison Officer Roman L. Clark Sr.

Chief Ford said the Fire Department and other agencies will conduct “a thorough examination” of what happened and expressed condolences to Bethea’s family.

Asked why a safety officer was left alone at the scene of a fire-damaged building, Ford said, “I do not know. I’m being frank with you, I do not know. I do know that they work with great autonomy here, and it’s not unusual for them to evaluate certain things on their own.”

According to state property tax records, 708 and 710 E. North Avenue are owned by Erik Rodriquez, of Silver Spring, who also trades under the name of Inside Out Renovations. Rodriquez purchased the buildings two months ago, each for $19,250, after the buildings traded ownership three times last summer.

The rowhouses are located on a block of North Avenue where over half of the buildings are either vacant or boarded up.

Rodriquez and his company do not have listed telephone numbers. 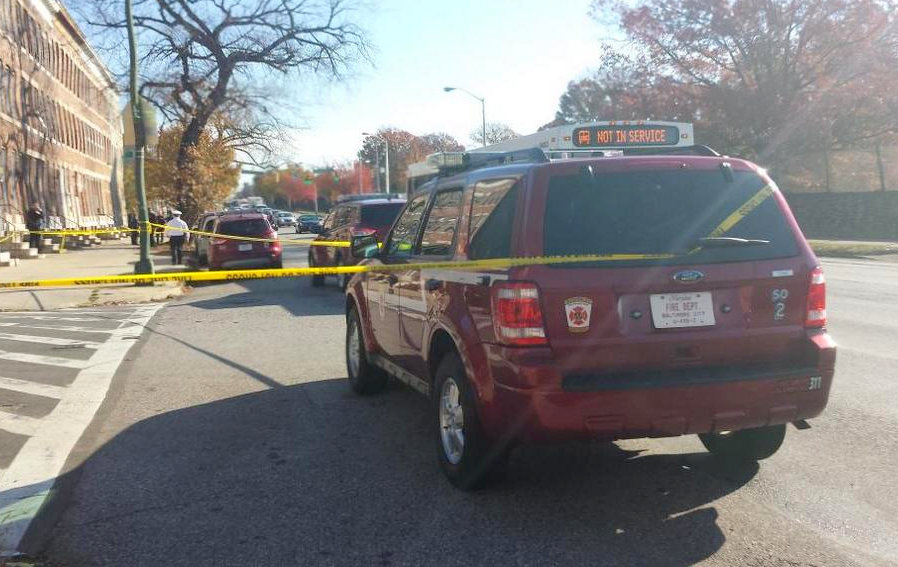