For months, neighbors have been complaining about the reeking mess in the alley behind 2812 Echodale Avenue – human feces dumped in a pile in between the garage and a parked boat.

Plastic buckets coated with brown smear, they say, apparently used to carry the excrement, are commonly found either standing in the alley or stashed in the boat.

The neighbors’ complaints to 311, to the police and to various city agencies have, they say, brought a few responses, but none that have eliminated the problem.

Then this week, one of the most recent 311 complaints was posted on a community Facebook page by its moderator, complete with a photo of the brown-crusted buckets.

“Neighbor has hidden the fact that they have no sewer service from city people that have come out before,” wrote Joseph Daniel Talaiver, who lives next door. 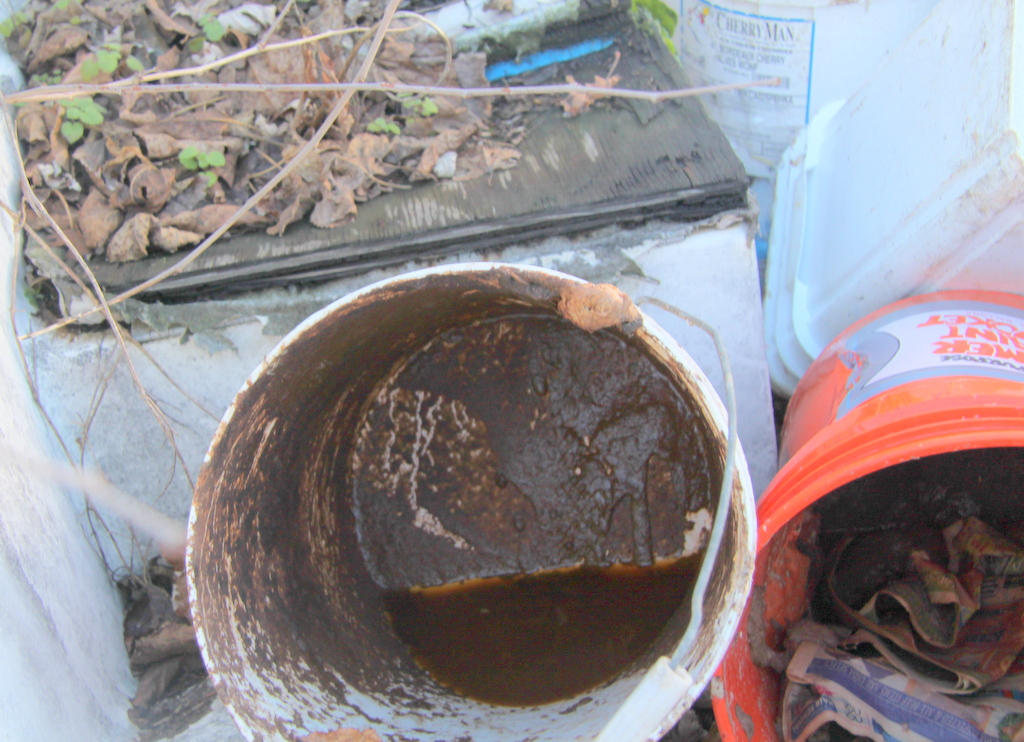 A fecal odor wafted from the buckets in the boat. (Photo by Fern Shen)

“Here is evidence. With no toilets they are defecating in buckets and pouring it out in alley,” Talaiver wrote in his December 15 311 complaint.

“My one-year-old son can’t even play in the backyard because of the downhill flow of excrement.”

What followed was a 92-comment thread in which people gagged, empathized, dug up information on the property from online sources, wondered whether the occupants were in need of intervention or assistance,  traded contact information for health officials, interacted with City Councilman Robert Curran’s staff who began making calls, shared similar stories from elsewhere in Baltimore and questioned how the city had failed to correct a problem that Talaiver said he first reported in the summer.

“Why aren’t city agencies talking to each other?” asked Pam Wallace, local coordinator for the non-profit Healthy Neighborhoods.

A visit to the spot on Wednesday revealed a scene much like the one pictured in Talaiver’s latest complaint.

On the ground between the boat and garage was a pile of watered-down excrement and soggy toilet tissue. The buckets with the brown sludge were in the boat. There had just been heavy rain but still, this spot smelled.

A few houses down, Donna Hawkins recalled that a few days earlier she had been driving out and noticed three buckets in the alley that she thought were probably empty.

“So I went to move the buckets with my foot and the smell was horrible,” she said, speaking with The Brew in the alley. “And I realized they weren’t empty. It was definitely shit.” 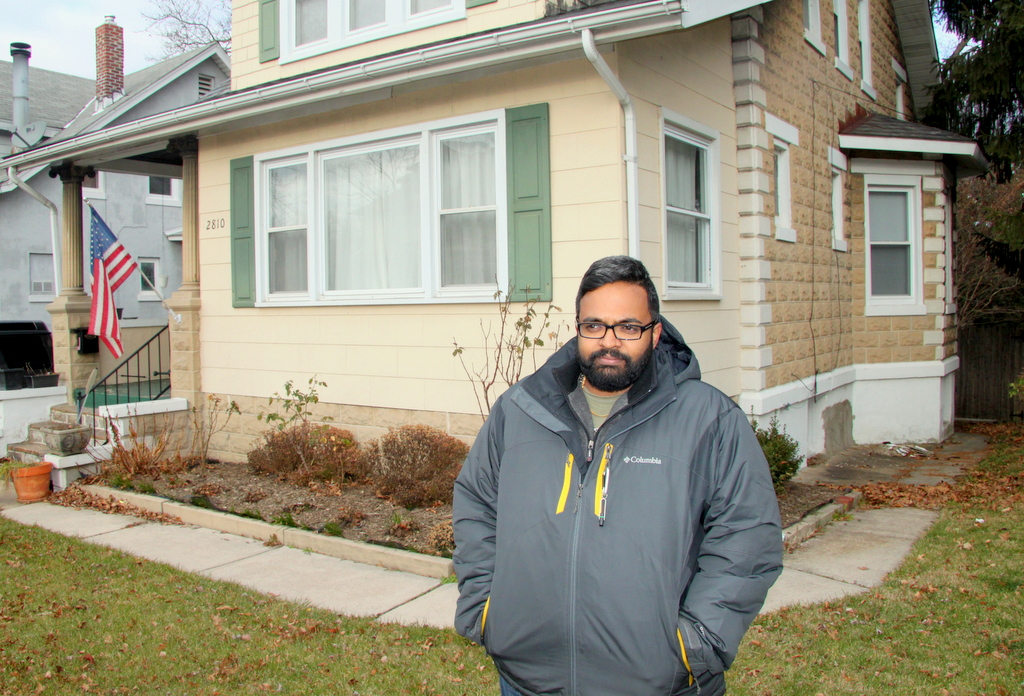 Joseph Daniel Talaiver said he’s been complaining since the summer about problems behind the house next door to him. (Photo by Fern Shen)

The Brew has attempted to contact the owner, Robert Means, but the only phone number we could find for the house is not working.

No one answered our knocks yesterday on the back door. (The public is warned away from the front door with a red warning tape across the porch where several steps have missing boards.)

But we did find upstairs tenant James Uttenreither out back in the alley, talking to the two people in a white city Department of Public Works truck.

Uttenreither said the owner, his landlord, was not home, and that he “can’t be reached” right now and is “probably in the hospital” being treated for chronic health problems.

Uttenreither denied that he or other residents of the house are dumping the excrement in the alley. “It’s these bums that come in the alley that do it,” he said. “I try to clean it up,” he said, describing how he recently dumped the contents of one of these buckets into a city trash truck.

The DPW website shows the water bill for this address hasn’t been paid since Jan. 11, 2013 and that the outstanding bill is $1,098.63. The neighbor on the other side, Dan Romano, said he has footage from security cameras that shows people coming to his back yard and filling buckets with water in the night.

Asked if the city water is turned off, Uttenreither said, “No,” although he acknowledged they did have some problems two winters ago when the pipes froze and burst.

He was also asked if the toilets in the house are working properly.

“Yeah. But my toilet upstairs – my girlfriend dropped a fork in it and we’re waiting for someone to fix it,” he said. “It still flushes, you just have to be sparing with the toilet paper.”

Talaiver and Romano say they’ve felt frustrated that they haven’t been able to get the right agency involved to do something to make their problem go away, that it seems to fall through the cracks. 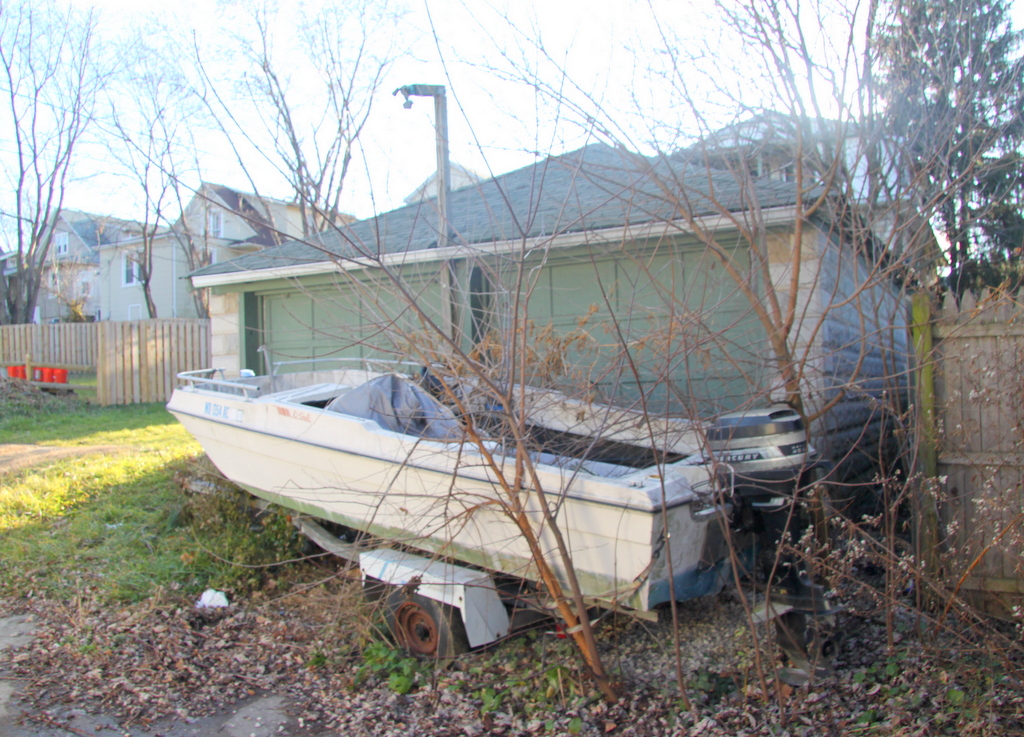 The boat behind 2812 Echodale. (Photo by Fern Shen)

“The police,” Romano said, “told us we can’t sign a complaint because they didn’t do anything criminal.”

“It took me days to get ahold of the inspector.” He’s still not sure how the city Health Department inspectors who went to the scene failed to notice the problem.

Spokesman Michael Schwartzberg said the department was notified of an “odor complaint” made to the 311 system on the evening of October 26.

The inspector who went there on November 7, Schwartzberg said, “did not find an odor or evidence of human waste in buckets.”

“The inspector visited the property a second time on a different day, talked with a resident, and again did not find any odor or evidence of human waste in buckets.” At that point, the complaint ticket was closed.

Then on Tuesday, he said, the Health Department learned of a additional complaints “for the same issue as reported earlier.”  This time, the inspector they sent out (on Wednesday) “did notice evidence of unsanitary conditions and issued a violation notice.”

On the house’s back door, yesterday, there were two notices.

One was a December 18 “show cause” order from Housing advising the owners to call to arrange to meet with a “special enforcement officer.” The other notice, from the Environmental Control Board, was a violation notice and $500 fine for “failure to clean improper discharges of sewage (feces) from property which is creating a nuisance.”

In search of the underlying cause of the problem, we wondered if  the water, at some point, had been turned off. According to Housing and DPW, it wasn’t.

“The water department confirmed that the account is active,” Housing spokeswoman Tania Baker told us. But she also noted that “there is no water consumption at the property.”

Baker said Housing Code Enforcement inspectors visited the property three times, once on Oct. 29, resulting in a citation for trash but none for human waste.

The excrement was “not observed in the alley or in buckets.” A November 28 re-inspection found the trash problems uncorrected.  On a third visit on December 16, “buckets filled with human waste were found.”

Baker said the departments of Housing and Health will seek a warrant if necessary to inspect the property. Housing, she said, has the authority “to vacate the property” and would work with their Ombudsman’s Office to “identify services needed to assist the occupants.”

Along with the disgust and outrage,  there was concern from the commenters on the Harford Road Community Collective Facebook page this week. Some asked if the owner was elderly (he appears to be) and if Social Services has been called (Romano said he called them.) 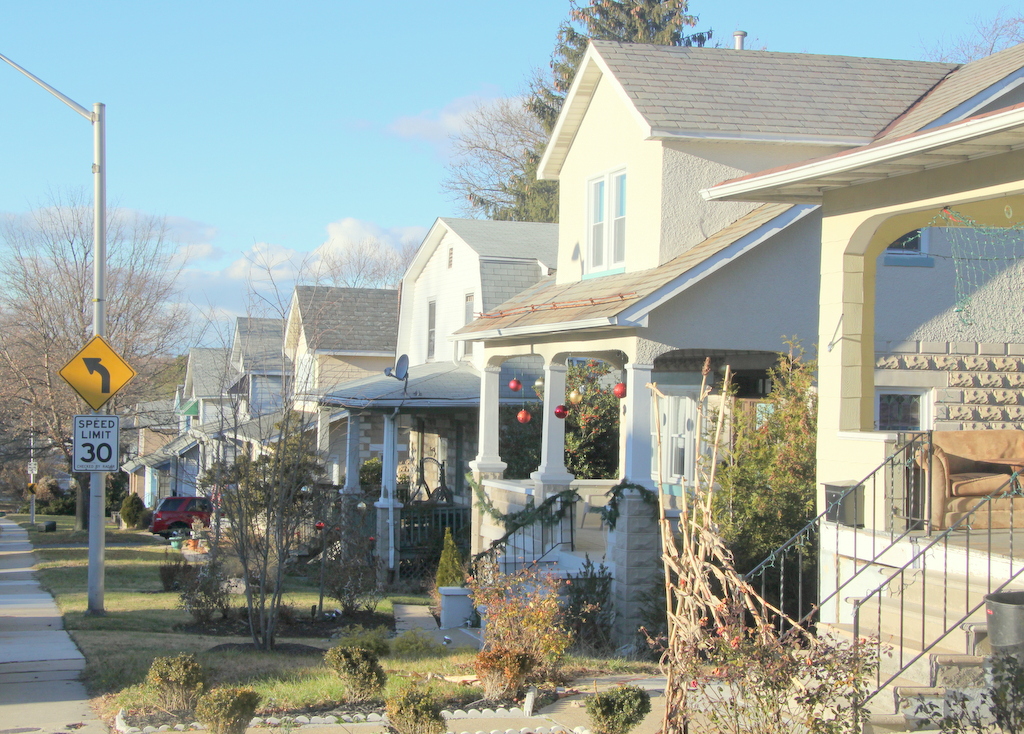 The 2800 block of Echodale Avenue. (Photo by Fern Shen)

Romano said he’s been frustrated about how long the nuisance has persisted, but added, “I realize it’s maybe a unique, very hard problem.”

He remains optimistic that some agency will be able to assist (“There has to be some kind of law in place that says you can’t dump human feces!”) and grateful that so many people online empathized and have been pushing various city agencies to act.

As for the occupants, he’s hoping the situation improves for them as well.

UPDATE: Neighbor Joseph Daniel Talaiver has this update on Facebook. We are awaiting confirmation from Housing Dpartment.

“The city finally was able to get access to the house (constitutionally they can’t barge in unless they went to a judge and got a warrant) upon inspection the house was deemed unlivable and a vacate order was immediately issued. There are ‘boarding’ crews outside right now securing the house.”