Michael Phelps isn’t the only person who’s indulged in four or five drinks too many at the Horseshoe Baltimore Casino.

A review of compliance records at the Maryland Lottery and Gaming Control Agency shows that Horseshoe had four times the number of “intoxicated persons evicted” in its first four months of operation than Maryland Live, its competitor in Anne Arundel County.

MLGCA reported 40 public intoxication cases at Horseshoe between September – when the 29-year-old Olympic swimmer was arrested for driving under the influence after a night of drinking and gambling at Horseshoe – and December 2014 (the latest month available).

During that period there were 10 cases at Maryland Live, which has more gambling facilities and collects twice as much revenue as Horseshoe.

The state’s three smaller casinos also had fewer evictions than Horseshoe, 7 in the case of Rocky Gap Casino and 10 at Hollywood Casino in Perryville. 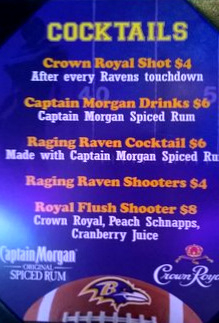 While Horseshoe says it receives only a small portion of its revenues from alcohol, alcohol appears to have played a role in many of the 25 “physical altercations,” involving more than 60 people, since it opened in late August.

This compares to 15 fights at Maryland Live over the same August-December period – and none at Rocky Gap and Hollywood Casino, a review of MLGCA records shows.

Fists flew during Horseshoe’s first weekend in August, as a brawl broke out at 3 a.m. at a pizza stand. The fight was described by the casino as an “isolated incident” involving two customers that was quickly defused by security.

MLGCA reports, however, that the fight involved eight females who left the casino before Baltimore Police arrived to determine if there were any injuries or to make arrests.

In the final week of 2014, between Christmas and New Year’s Eve, MLGCA reported 9 instances of public intoxication.

But due to the casino’s “hands-off policy,” the police report said, the fight participants “fled” before an officer arrived. An attempt by the officer to identify the injured woman was thwarted because casino security “failed to scan the victim’s identification upon entry.”

Horseshoe is unique in the city. It possesses the only 24-hour, 365-day liquor license, which was created just for casinos by the Maryland General Assembly in 2012 and approved by the Baltimore Liquor Board in 2013.

Horseshoe leases space for 10 establishments that serve alcohol inside the casino and serves customers directly via waitresses who ferry drinks to gamblers playing at the 2,500 slot machines and 189 gaming tables. 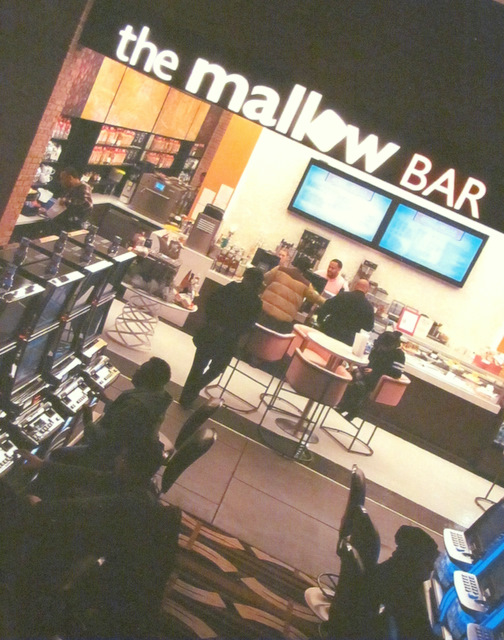 Mallow Bar was the scene of a early morning fight on January 17 between two groups of females.

Because the casino is open around the clock, it’s a magnet for patrons who want to continue drinking after the bars close at 2 a.m. at Federal Hill, Fells Point and The Block.

While Horseshoe management declined to discuss how many late-night patrons may be inebriated before they arrive at the casino, there is plenty of anecdotal evidence that tipsy crowds vie for space on the gaming floor and crowd into the food courts on Saturday and Sunday mornings.

Casino management would not discuss how bartenders deal with drunk patrons or what measures it takes to monitor drinking other than “carding” customers at the door. (All Maryland casinos ban anyone under 21.)

Thus, the number of “intoxicated patrons evicted” and “physical altercations” reported by MLGCA offers a glimpse into security questions given the lack of other data.

Assaults Sharply Up in Area

Baltimore Police recently released general crime data to the Local Development Council (LDC), a group appointed by the mayor to administer funds earmarked to mitigate the negative impacts of the casino.

The data for the last four months of 2013 and 2014 show that common assaults in the Carroll-Camden Industrial Area surrounding the casino increased from 4 to 23. 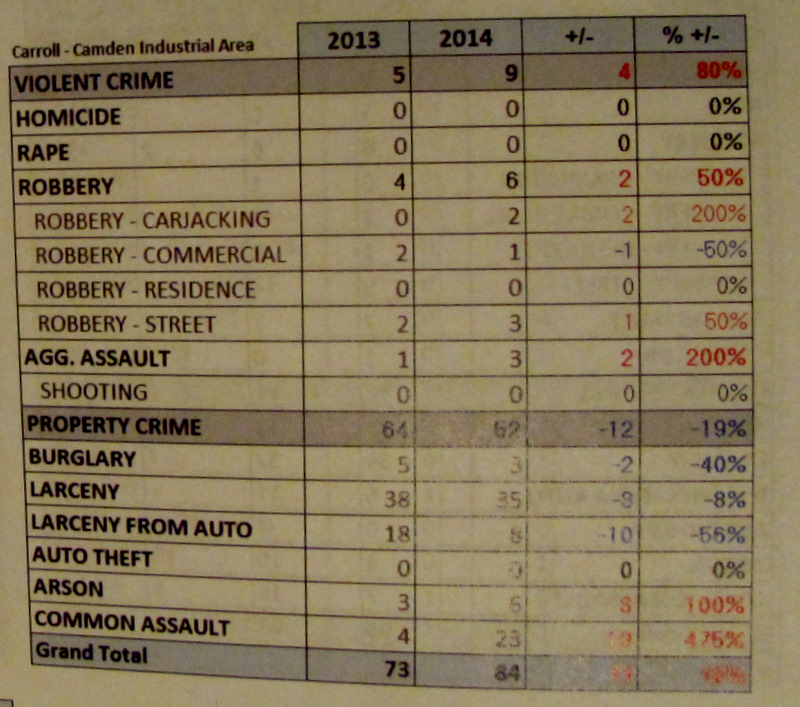 Stats on crime for the last four months of 2013 and 2014 in the Carroll-Camden Industrial Area around the casino. (Baltimore Police)

Arson increased from 3 to 6 cases, aggravated assault from 1 to 3, and robbery from 4 to 6.

Police reported no homicides, and a 19% drop in property crime and 56% drop in larceny from automobiles.

The Brew has requested crime data specifically for the “casino mini-district” established by the police, but the department says it has not finished processing the material.

The new mini-district covers the blocks immediately west and north of the casino as well as the casino’s parking garage on Warner Street.

Under an arrangement approved by Mayor Stephanie Rawlings-Blake, $1.6 million in local community impact revenues was allocated for 11 police officers and supervisors to patrol the “mini-district” around the casino.

Because the number of officers proved insufficient, Police Commissioner Anthony W. Batts approved overtime funding for an additional seven officers at the mini-district, according to Lt. Col. Melissa Hyatt. 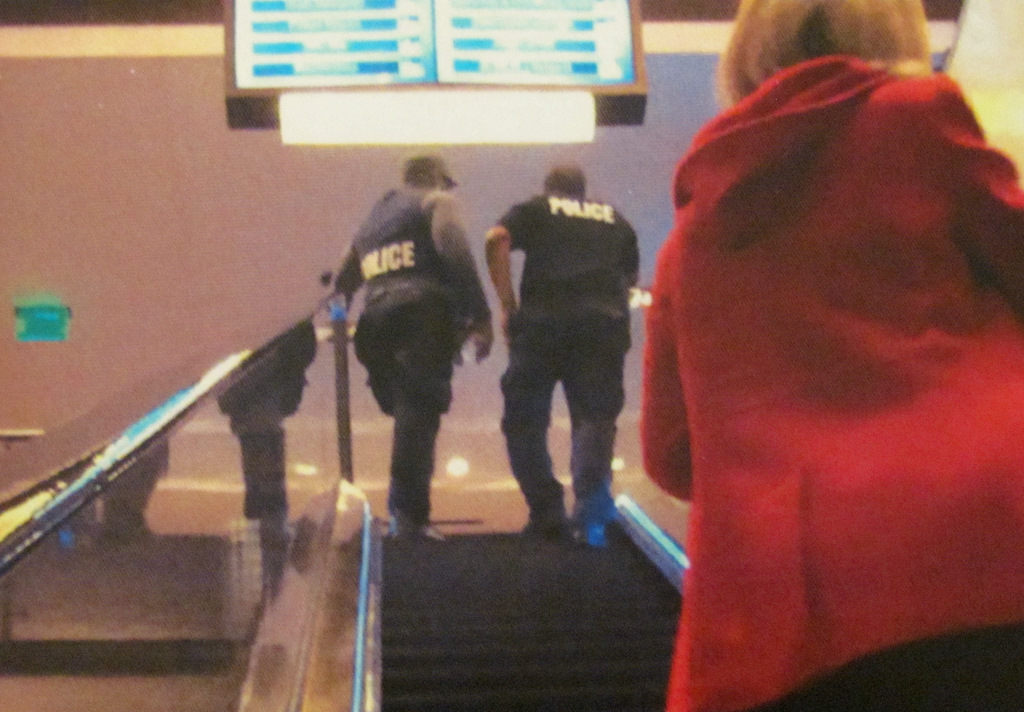 Security inside the casino is ramped up after midnight, especially on Saturday and Sunday mornings.

Police spokesman Capt. Eric Kowalczyk said city police “do not have an interior overtime assignment with the casino at this time” – and uniformed officers do not enter the casino except when asked by casino security.

There is, however, a strong police presence at the casino garage and on adjoining streets after midnight.

The Caesars Entertainment unit that operates the casino has a contract for interior protection with Hire Police, which uses retired and active-off-duty police officers for on-site security. The guards are often seen wearing polo shirts with “POLICE” printed on the back.

State law prohibits the sale of free or “comped” drinks at all Maryland casinos. Like its rival establishments, Horseshoe offers weekday “happy hours,” post-Raven-game specials and other drink inducements to customers.

Whether the casino has also “over-served” customers like Michael Phelps – who registered a blood alcohol level of 0.14, or nearly double Maryland’s limit, after a night at Horseshoe on September 30 – is a regulatory matter under the authority of the Baltimore Liquor Board.

(Phelps was not included in MLGCA’s intoxication eviction statistics because he left the casino voluntarily and was later arrested for DUI.)

After Phelps was arrested, the liquor board’s executive secretary, Michelle Bailey-Hedgepeth, said that the agency would contact Horseshoe’s lawyers about the incident.

But the agency did not conduct a formal (announced) inspection until mid-December, at the invitation of Horseshoe management, because its inspection “process” was in transition.

“I said to the casino’s lawyer [after the Phelps’ incident], ‘Why don’t you get up and running for a few months and I can get my chief inspector in place, so we can all understand what’s going on,’” Bailey-Hedgepeth said in an interview last week.

The high number of police near the casino gave her confidence, she said, that liquor laws were being followed by the facility.

Chief liquor inspector Shelton Jones, says the liquor board agency does not receive MLGCA’s compliance reports, which has left it in the dark about the high number of instances of public intoxication at Horseshoe last fall.