The normally unassuming Bill Henry stood up at tonight’s City Council meeting and bluntly and passionately said – after a week in which Baltimore has been in the national spotlight over the Freddie Gray case – that city government has invested its resources unwisely for the last 25 years.

While the Police Department’s budget has tripled since 1991, funding for programs that improve the lives of young people – such as recreation centers, libraries, after-school programs and summer jobs – has stagnated or been slashed, the councilman representing North Baltimore’s 4th district asserted.

Budget-wise, the police department “has been eating their lunch for a generation,” he declared.

Citing a police officer’s comment that kids don’t go to rec centers because they are “in awful shape,” Henry said, “They are in awful shape because we haven’t put any money in them in any serious amounts for a quarter of a century.”

How do these budget numbers relate to the looting and arson of last Monday that started when mostly teenagers threw rocks at officers at Mondawmin Mall and then marched angrily and violently down Pennsylvania Avenue?

Henry said the city has “purposely disinvested” in young people “in favor of investing in catching and caging them.” 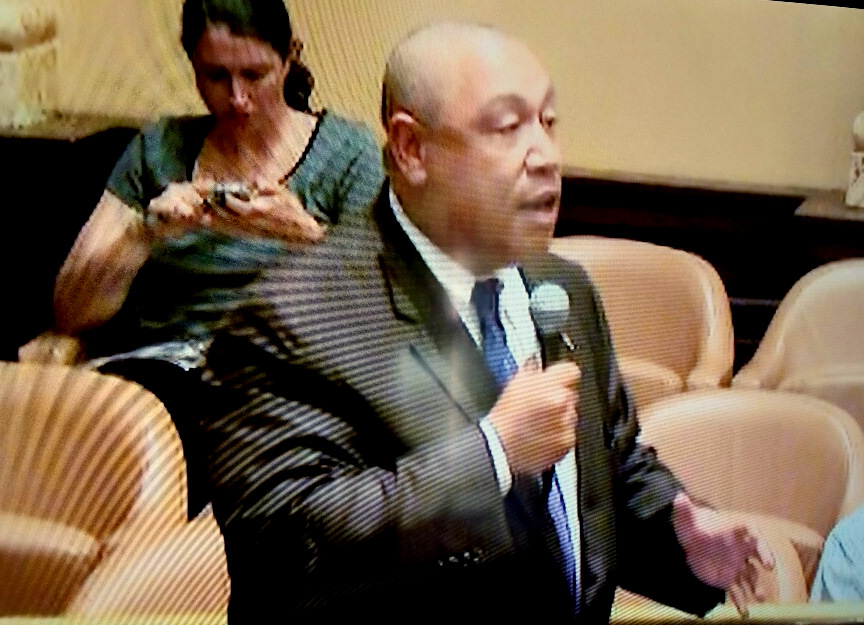 “We cannot continue to give more than half the money we raise from property taxes to one agency to do one part of a big job. And that job of public safety involves giving kids meaningful things to do so they’re not out in the street causing trouble.”

He said that the mayor and the Board of Estimates will vote Wednesday on the fiscal 2016 budget that does not include enough money for summer youth jobs or after-school programs.

Henry said he is trying to convince the mayor to allocate $4 million more for after-school programs.

His take on last week’s riots was seconded by Councilwoman Mary Pat Clarke, who called on private citizens to help underwrite the costs of 3,000 young people who are eligible for the summer jobs program.

“It’s not just money, though money counts,” Clarke said. “Even if we are able to get the $1,500 a child, we need a place for that young person to work. Some business or agency who will say, we will take this person on and will work with them.”

Council President Bernard C. (Jack) Young said he agreed with Henry’s assessment that the city  had spent too much on policing compared to providing rec centers, alluding to the 2011-12 battles when Mayor Stephanie Rawlings-Blake closed down or privatized more than 20 recreation facilities. The city has since opened a center in Morrell Park and rehabilitated several facilities in East and Northeast Baltimore.

“We need to look where our priorities are and we need to be proactive instead of reactive,” Young told the 14-member Council, which mostly sat in silence.

That silence, however, did not extend to blistering criticism of the national media’s coverage of the riots and curfew by Young and Councilman Eric Costello.

“One of the things I have been calling for since yesterday morning [when the curfew was lifted] is for the national media to go home,” Costello said, characterizing some of their reporting as inaccurate and “inciteful.”

“Ditto,” proclaimed Young from his chair at the front of the chamber.

“I’ve even offered to drive them down to BWI if they need a ride,” Costello added in an angry voice. “Later this evening, I may send them Google maps for directions to the airport or Penn Station.”

Young accused the national media of “painting us in a bad light” and of not reporting the many positive things that have happened since last week’s violence, including cleanups by residents and donations of food and supplies to elderly people hurt by the shutdown of looted stores.

“If the cameras go away, everything else goes away,” Young said, offering his view that the media stressed “a small group out there doing things that didn’t make sense.”

“If we all get together and roll up our sleeves,” Young declared, “I believe we can fix the problems we have in Baltimore, and we can be the model for the nation to follow.”