For a few hours at the end of last week, State Center’s supporters from nearby neighborhoods tried to conjure their vision of how a planned redevelopment of the massive, 1950s-era government office complex could change their lives.

There was the smell of Kommie Pig barbecue and a live band. Chance encounters with neighbors on this temporarily blocked-off-bit of Dolphin Street led to earnest conversations.

“The Gathering at State Center” event on Friday was meant to be both a lively celebration and a reminder of how much better the State Center space could utilized.

With its transit access and proximity to downtown, State Center has an enormous potential to connect West Baltimore neighborhoods and attract new residents to the city, organizers said.

But in its current form, the 28-acre site is attractive to almost no one – save for state employees who work there. 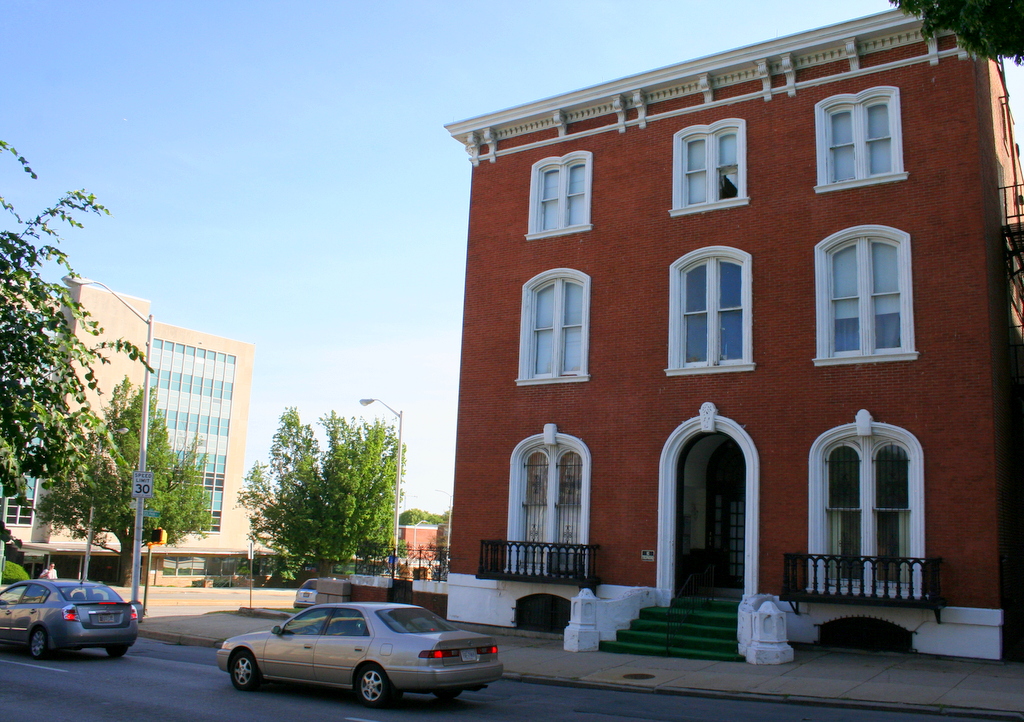 Rowhouse on Eutaw Place, with State Center visible in the background. (Photo by Danielle Sweeney)

While others enjoyed the food and music, some organizers told a reporter about their vision for the complex as an activated space.

“State Center is a failed urban renewal project,” said Kevin Macartney, president of the Seton Hill Association. “It is in use from 8-5 p.m. Monday through Friday. After that, it is a dead space.”

Jacob Green, of Reservoir Hill, put it even more bluntly.

“It could be a hub from which other development springs, but right now it is a hub of stagnation, stagnation that holds other businesses back,” he said. “It is an albatross around the city’s neck.”

But the $1.5 billion mixed-use redevelopment project they believe can transform State Center from albatross to asset has been mired in litigation, high costs, questionable tax breaks and other troubles for years.

With the lawsuit rejected and heightened interest in Westside neighborhoods in the wake of last month’s Freddie Gray riots, residents from Seton Hill, Upton, Heritage Crossing and the McCulloh Homes public housing development are trying to promote interest in the plan. 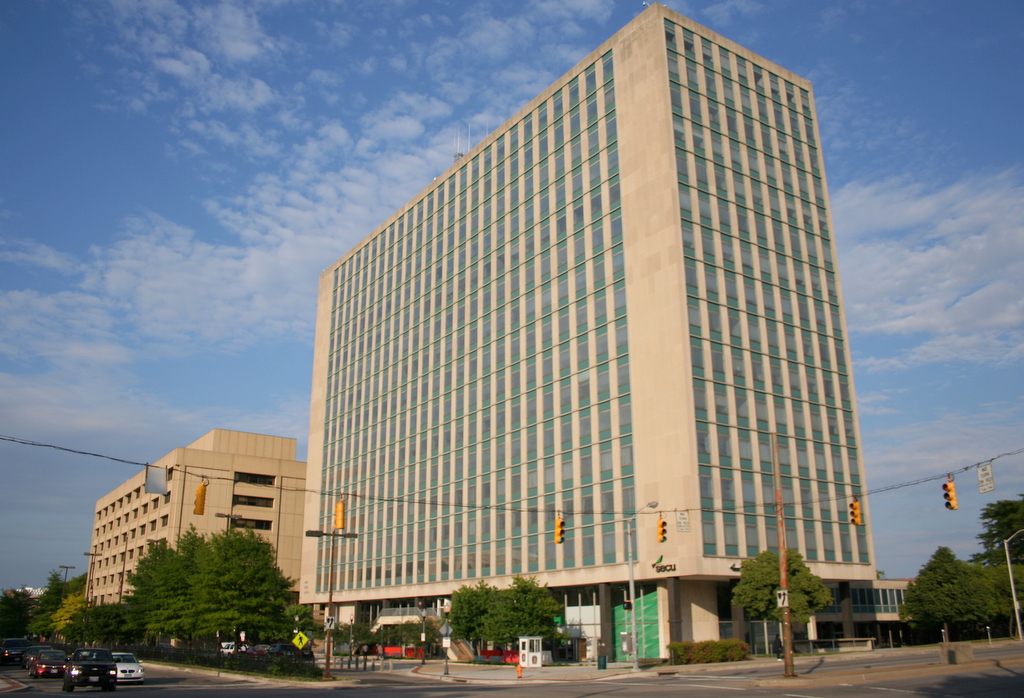 Other participants in the evening street fair, organized by the State Center Neighborhood Alliance, spoke about their hopes for a plan that would better knit together communities on the northwest side of downtown.

Their neighborhoods vary widely with graceful historic homes and rowhouses side-by-side to boarded-up vacants, all of them cut off from the city by State Center, a complex of buildings and parking lots bounded by Dolphin Street on the north, Howard Street on the east, Martin Luther King Boulevard on the south and Madison Avenue on the west. 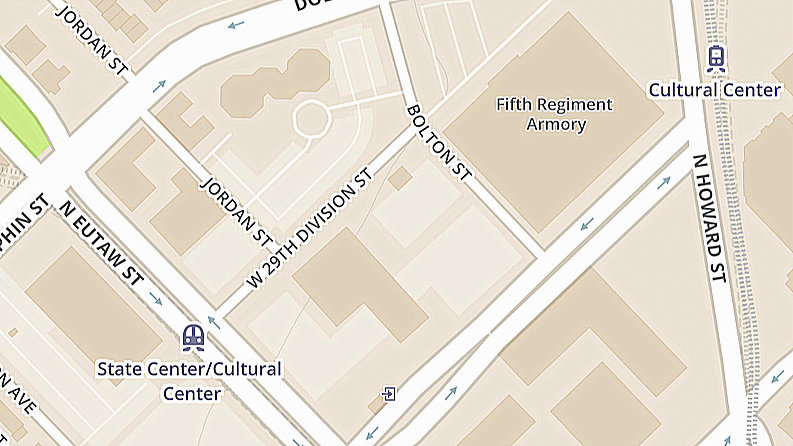 The redevelopment plan would include up to 2 million square feet of office space, 2,000 residential units, 345,000 square feet of public space and a large grocery store at the site of the Fifth Regiment Armory.

It’s the potential retail at State Center that excites Janet Allen, a board member of the Heritage Crossing Resident Association.

“There is so much blight surrounding us now,” Allen said, adding that she has been waiting for that kind of investment since she bought her home in Heritage Crossing 13 years ago.

“Heritage Crossing is a suburban oasis in the city,” she said, describing the neighborhood of medium-sized single-family homes and rental units with manicured lawns, clean streets, and its own park and historic gazebo. 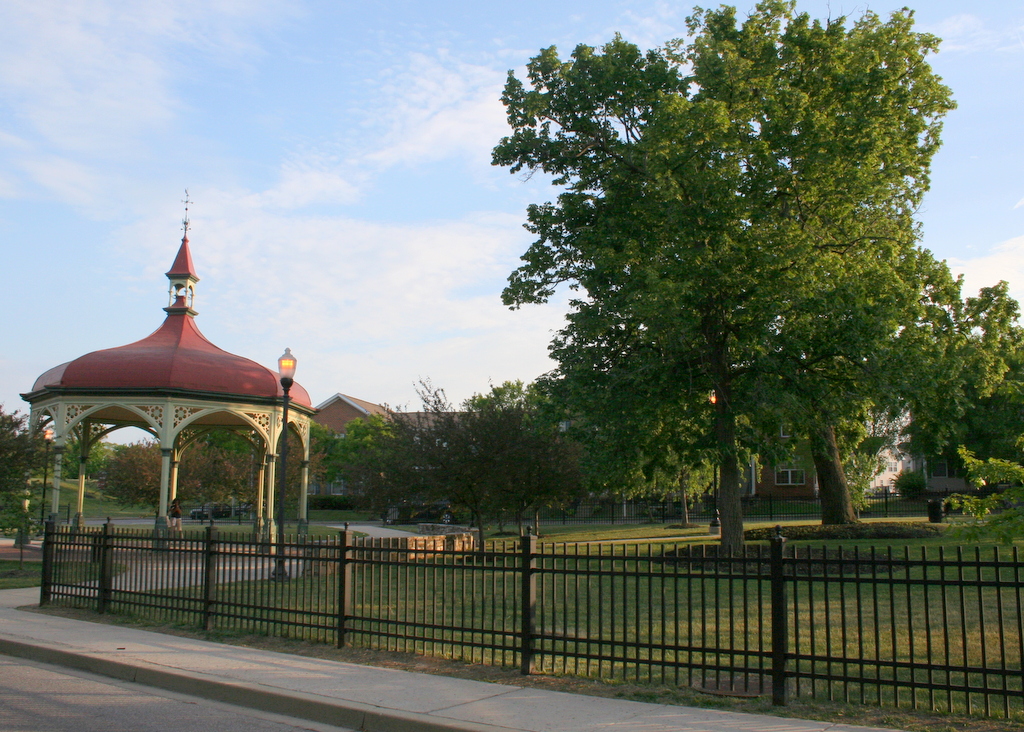 The gazebo at Heritage Crossing. (Photo by Danielle Sweeney)

The mixed-income development (with 185 homes and 75 Housing Authority rentals) is about six blocks from State Center and three blocks from McCulloh Homes.

“And yet,” she said, “we have almost no shopping in the area. We have a Save-A-Lot supermarket, which I like, but our Rite Aid [on MLK Blvd.] is now boarded up because of the recent riots.”

Allen moved into the city from Baltimore County for homeownership, she said. What she lost in the process was shopping choices. “Now if I want to buy something, I have to ride out to Route 40,” she said.

“I would love to have a Marshall’s or Ross here at State Center and maybe a jazz club or a seafood restaurant,” Allen said. “As it is, finding a store or restaurant in the area is like a scavenger hunt.”

The Place to Go

John E. Kyle, who has lived in Bolton Hill for 25 years, would also like better shopping choices in the neighborhood. He sees the supermarket at the Fifth Regiment Armory as one of the most attractive aspects of the proposed redevelopment.

“Now I shop at Safeway, but I would like a class A market close by,” he said. “Currently, we have three major national chains interested in the Armory because it is such a large space with an open floor plan – supermarkets love that – and plenty of parking inside and out.” 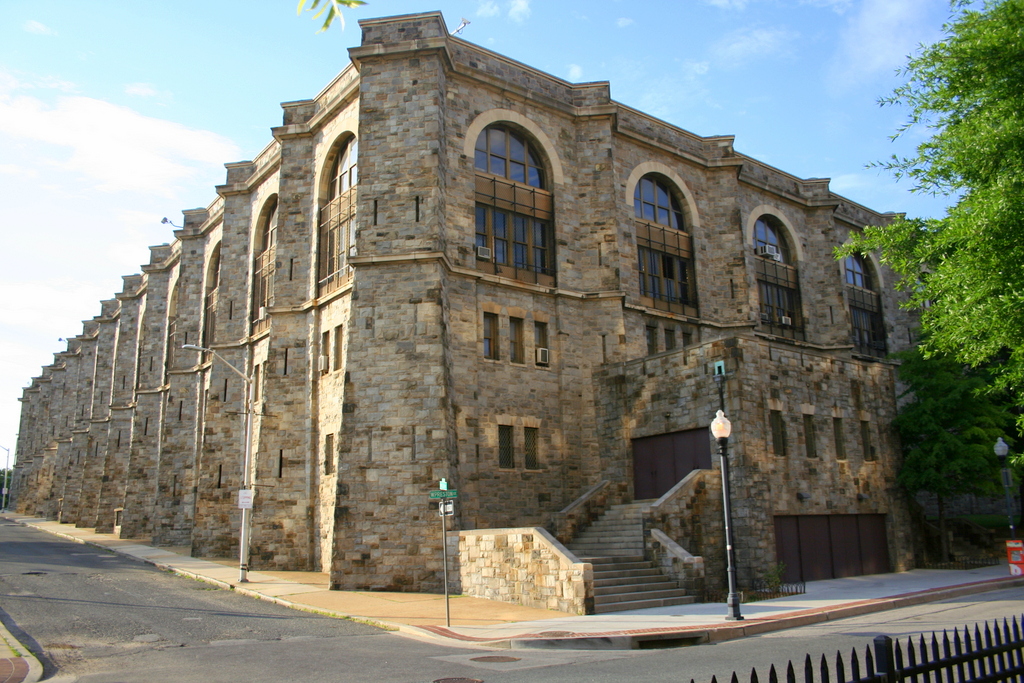 The Fifth Regiment Armory is envisioned as the home of a class A supermarket. (Photo by Danielle Sweeney)

Kyle believes the Armory will become a destination supermarket, not just for those living on the west side, but for residents citywide.

“I can hear people saying, ‘I’m going shopping at The Armory.’ It will become the go-to place to shop.”

Green, of Reservoir Hill, said he sees the State Center makeover as a vote of confidence by the city and state that the Westside has as much to offer the city as its south, north and east neighbors.

In the same way that “downtown flows into Mount Vernon, and Mount Vernon flows into Station North,” Green can envision the day when State Center offers similar connections to west and northwest neighborhoods.

Green, president of the Mount Royal Community Development Corporation, says, “We have a vision at the MRCDC – people having dinner in Mount Vernon, strolling through neighborhoods on the Westside, then continuing their walk all the way to Druid Hill Park.”

In this way, Druid Hill Park could return to its original and rightful place as “the Central Park of Baltimore. . . a true gem of the city,” he said.