After circulating around the City Hall grapevine on Tuesday, the news became official yesterday: Mayor Stephanie Rawlings-Blake has jettisoned her strategist and fundraiser, Colleen Martin-Lauer, and cast her electoral lot with an outfit called Binetti Political Strategies, LLC.

City Hall watchers are wondering why the mayor would cut her ties to the most effective generator of campaign cash for Maryland Democrats less than 11 months before the mayoral primary election. But the question of why she picked two 30-somethings as her strategists is a little less mysterious.

Basically, she had no choice.

The world of political fundraising in Maryland is small. In Democratic circles, it boils down to three shops – Martin-Lauer Associates based in Locust Point, Rice Consulting of Bel Air and The Mellinger Group in downtown Baltimore.

Rising in parallel to the political ascent of Martin O’Malley, Colleen Martin-Lauer was the “go to” fundraiser by the time Councilwoman Rawlings-Blake secured her services to beat Michael Sarbanes and become City Council president in 2007.

For nearly a decade, the mayor has relied on Colleen and her no-nonsense staff, led by ex-Ben Cardin aide Sophia Silbergeld, paying them $90,000 or more in recent years.

While rarely seen in public, Martin-Lauer was considered joined-at-the-hip with Rawlings-Blake. She’d been planning the mayor’s gala fundraiser at the Hippodrome Theatre on April 29 before Freddie Gray’s death and the riots intervened. 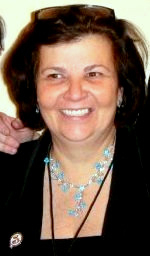 So the separation between them, announced by the mayor’s campaign treasurer, Charles G. “Chuck” Tildon III, came as a surprise to just about everybody tuned in to the coming election.

Was there a falling out between the mayor and the fundraiser?

Was Martin-Lauer, still smarting over the defeat of “her” gubernatorial candidate, Lt. Gov. Anthony Brown, at the hands of Republican Larry Hogan, wary of backing another potential loser?

(Riven by riots and a record spike in homicides, Rawlings-Blake’s last few weeks have arguably been the worst faced by a Baltimore mayor since George William Brown was arrested by Union troops and imprisoned at Fort McHenry during the Civil War.)

Or had Rawlings-Blake cast aside Martin-Lauer who, copiously raising cash for O’Malley, had perhaps placed MOM’s White House ambitions before SRB’s continued occupancy of her office on Holliday Street?

There had been hints that there was trouble between the two – the City Hall rumor mill had it that the fundraiser had “fired” the mayor as a client. But Tildon characterized the matter this way: “The mayor and Martin-Lauer Associates reached an amicable agreement to move forward in a different direction ahead of the 2016 campaign.”

That level of reported civility may be sorely tested if Martin-Lauer decides to raise cash for another candidate for mayor. (Among her clients, for example, is City Councilman Nick Mosby.)

So far, no one has stepped forward to challenge the mayor, but there are several possibilities.

Most prominent is ex-Mayor Sheila Dixon, who has been telling people that she is going to run. Dixon’s fundraiser is Rachel Rice, who also is the fundraiser for state Sen. Catherine E. Pugh, who ran against the mayor in 2011 (she came in a distant second in the primary).

All of which makes Rice Consulting out of bounds for Rawlings-Blake.

Another possible candidate, City Council President Bernard C. “Jack” Young, has amassed a mighty war chest through the good offices the Mellinger Group. Councilman Carl Stokes, who periodically toys with thoughts of being mayor, is also a Stephanie Mellinger client. So strike out that political shop.

The couple, graduates of the University of Baltimore and Towson University, respectively, who met while campaigning for Martin O’Malley, could not be reached for comment yesterday.

They have no website or published phone number, and apparently work out of their home in Towson.

But in a quiet way, they have gained the respect of Democratic insiders by serving as strategists and fundraisers in the recent campaigns of state Sen. Guy J. Guzzone of Howard County and Del. Sheila E. Hixson of Montgomery County.

Hixson, in fact, paid Binetti $3,030 last September as a bonus for their fundraising prowess during her re-election to the 20th District of the Maryland House of Delegates.

According to information on “LinkedIn,” Binetti and Kosak have been active and passionate Democrats since their college days.

“They are young, hard-working and they have a system” incorporating digital and social media, says a political observer with ties to Rawlings-Blake.

That’s a good start, but the challenge for the young couple is their apparent lack of knowledge about city politics, a world far removed from the green acres of Howard County.

Can they lay down the foundation for the mayor to make those “ask” phone calls and gin up enthusiasm among her high-rolling donors?

How much will they add to the $338,563 that Martin-Lauer raised for the mayor last year (charging her campaign committee $93,020 for her effort)?

Does the Binetti-Kosak team, working with Tildon and senior campaign staff not yet announced, possess the skill set to steer a proud, prickly and sometimes malaprop-prone mayor through the mine fields of an angry and divided city, especially if a streetfighter like Dixon enters the ring?

Rawlings-Blake’s loss of a proven money raiser and tactician can only be seen as a mark of vulnerability for an incumbent viewed as untouchable prior to April 27, the day Freddie Gray sent a lightning bolt from Baltimore’s neglected neighborhoods through the political elite.

Expect the unexpected in coming months.