With only two weeks until Thomas Ward steps down as chairman of the Baltimore Liquor Board, indications that Gov. Larry Hogan will appoint replacements who will reverse Ward’s reforms have the feisty retired judge and some community members worried.

Ward, appointed last June by then-governor Martin O’Malley to make changes at the long-troubled agency, doesn’t like what he’s hearing from people who have been interviewed to replace him.

“You don’t get quality people by putting them through this process of insulting and humiliating them,” said Ward, who declared from the outset that he considered his appointment a one-year position, ending in June.

One person who spoke with The Brew after being interviewed by the Hogan administration said the current governor’s pro-licensee tilt was clear.

Interviews have turned into critiques of the current Liquor Board, this person said, with the Hogan appointments staff maintaining Ward has been too hard on bars and liquor stores and too often sided with communities.

“I was questioned about whether I knew that the slogan of Maryland is now: ‘We’re open for business,’” said one interviewee.

Willingness to ease off on licensees was presented as a job qualification, while support for liquor board reform under Ward was criticized as anti-economic development and even racist.

“I was told that the board was closing too many bars, that the board practiced [racial] discrimination,” this person said. “I was told young people in the city need jobs. That these places should not be shut down, even for one day.”

UPDATE “Governor Hogan will make his selection from a diverse pool of candidates, but has not yet announced his final appointees,” said Hogan spokeswoman Shareese DeLeaver-Churchill.

Back to the Old Days?

Speaking to The Brew yesterday, Ward said he fears the new board is going to undermine his effort to make the famously corrupt, patronage-plagued board more efficient, consistent and receptive to community complaints about nuisance licensees.

“The lawyers [representing bars] are contacting the governor. . . They’re pushing to go back to the old days,” Ward said, running through the changes since he and fellow commissioner Dana Petersen Moore took seats on the board, joining Commissioner Harvey E. Jones.

“The community was not being listened to. People from these bars were coming out and urinating on peoples’ lawns and creating a disturbance and everything else,” he continued. “This was not little corner bars. This was places with 200 people coming out at closing time. Most of the time the owners don’t even live in the city. . . This is all about money.”

Under Ward, the board has more consistently enforced state laws that govern establishments permitted to sell liquor. Unused licenses which had by law expired (so-called “zombie licenses”), were being recognized as dead. Rules of evidence insisted on by lawyers for bars and liquor stores were dropped in what Ward stressed was not a courtroom but “a community board.” 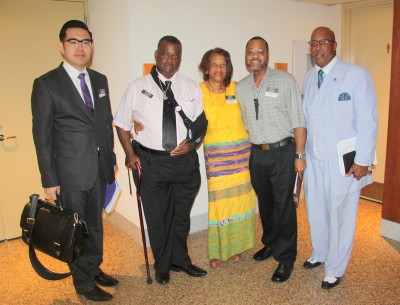 With a new executive secretary, deputy and chief inspector, inspectors have been required to work nights and weekends.

“These jobs have historically been patronage jobs lined up by city senators. They only had to work a half day,” said Ward, 88, whose decades-long career includes stints as a Baltimore Sun reporter and city councilman as well as a lawyer, historic preservation advocate and Circuit Court judge.

Since the governor is empowered to appoint city liquor commissioners (with the advice and consent of city senators), Hogan can appoint whoever he wishes.

A new chairman could change the agency’s course, Ward said, “and there’s not a darned thing I could do about it,” vowing nevertheless to remain involved.

Ward also complained about what he said was an inordinate number of Circuit Court appeals resulting in board decisions being either stayed or reversed.

“The board cannot be effective if it is not supported by the Circuit Court of Baltimore city,” Ward said, arguing that some judges are striking board decisions without proper basis.

By way of example he cited a Circuit Court judge’s April reversal of a previous Liquor Board ruling that the controversial Federal Hill project, the Crossbar, did not have a valid license.

“The judge in that case gave no opinion as to why,” Ward said. “I’ve never heard of such a thing!”

Ward said he has written a letter to the judiciary asking them to reconsider their handling of city Liquor Board appeals and setting out the legal principals behind some of his board’s decisions.

Some community leaders, who are emailing Hogan to urge him to appoint commissioners who will continue reforms, said they have applauded the Ward-led board’s decisions.

Beyond the fast-flying rumors about Hogan’s picks for a new board, the new Republican governor has been sending other signals that he plans to weigh in on behalf of city liquor businesses in other ways. 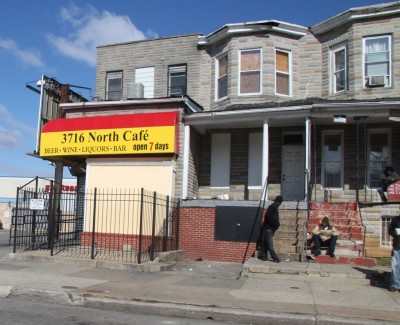 On West Belvedere Avenue, one of the non-conforming liquor stores. (Photo by Fern Shen)

He and Mayor Stephanie Rawlings-Blake, for instance, have been clashing over her plan to withhold post-riot recovery funds from 23 damaged liquor stores because they are in residential areas and targeted for closure.

Rawlings-Blake said she will block the aid funds from “non-conforming businesses” unless the owners use them to move out of residentially zoned areas or convert them to food stores or some other non-liquor related uses.

Through the “Transform Baltimore” zoning code overhaul, city officials have said they hope to cut down on what they see as an unhealthy concentration of liquor-stores and bars in some poor neighborhoods.

The Hogan administration has strongly criticized the mayor’s plan to withhold the recovery funds.

“These business owners, the majority of whom are minorities, are the victims of crime who deserve the full support of the state and city,” Hogan spokeswoman Erin Montgomery said in a statement to the media this week.

“They are Marylanders and members of our community,” Montgomery said, “and using their tragedy as a political tool is wrong and needs to stop.” 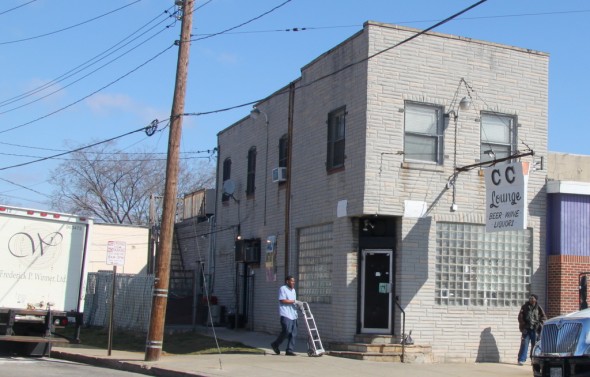 This lounge is across the street from Langston Hughes Elementary School in West Baltimore. (Photo by Fern Shen)